Established in 2016, 1xBit Australia is a popular online sports betting and casino website. The company that owns 1xBit owns also 1XBET, which is a very popular brand in our voucher codes browser. However, this is not like your standard online bookmaker or casino due to the payment methods accepted at 1xBit.

You may be able to tell from the name of the website that 1xBit is betting company which accepts cryptocurrency as payment. In fact, the website has been designed specifically around betting using cryptocurrency and that applies to both the sportsbook and the casino. So, if you have been searching for an Australian online bookmaker or casino where you can use cryptocurrency to place bets you are in luck.

1xBit state that they have developed their own software which allows people to place bets using a wide range of crypto currency and we will come to the full selection of methods available below. Regardless of whether you are using the 1xBit Australia bitcoin casino or sportsbook, you can also take advantage of a 1xBit Australia bonus to enhance your gambling experience. We will come to that in more detail via our 1xBit review. Players interested in more traditional betting currencies, can check what we prepared with our partners in terms of bonus codes for Australian players.

The 1xBit Australia website is a typical layout for both the sportsbook and the casino. Beginning with the sportsbook and you will find all the available sports on which to bet listed down the left hand side on the screen. There are certainly plenty to choose from and you are spoilt for choice when it comes to using your 1xBit Australia bonus. Punters in Australia will be pleased to know there are many popular local sports on which to bet at the website.

Your 1xBit bonus for sportsbook is ready!

They include Australian Rules, Horse Racing, Rugby, Cricket, Soccer, Darts, Rugby and Greyhounds. In 2018, there were more punters placing bets with Bitcoin at Australia's Melbourne Cup via 1xBit than ever before, which is a great indication of the rise in cryptocurrency betting.

There are many other sports in addition to those listed above available at 1xBit sportsbook Australia and you will also find plenty of in-play betting markets. You can access the current and upcoming in-play betting markets in the centre of the 1xBit sports page or click on the link which is available at the top of the website. In conjunction with these sports it is also possible to place bets on eSports tournaments featuring games including FIFA, Dota 2, Fortnite, CS:GO, Overwatch, Call of Duty, League of Legends and Hearthstone. 1xBit gets used to trends popular in the betting market, so at the moment they can easily compete with the offer for esports with other brands like for example Unikrn with their Unikrn promo code.

Moving on to the 1xBit bitcoin casino and you can choose to use your 1xBit bonus here if you wish. We do not have any details of a 1xBit no deposit bonus at the time of writing but bookmark this page and we will update you when it becomes available.

For those who would like to take things one step further the 1xBit Australia bitcoin casino is also home to a live casino. You can access this using the link at the top of the website and here you'll be able to enjoy playing games such as blackjack, roulette and baccarat with a real dealer.

If you would like to enjoy any of the above features but do not have access to a computer you can download the 1xBit app. This is available for both Android and iOS devices.

Then we move on to one of the most exciting aspects of using 1xBit Australia and that's the payment methods. They are many different cryptocurrencies you can choose from including Bitcoin, Dogecoin, Litecoin, Ethereum, Zcash, Stratis, Ripple, NEM, SIBCoin, Verge, Qtum, GameCredits, Monero, Bytecoin, DigiByte, TRON and BitShares.

Before making a deposit remember to register with our code!

Before you head off to at 1xBit bitcoin betting, you need to be aware of the special 1xBit Australia bonus we have available. Do not create an account or 1xBit Australia login before you read this information.

By using the 1xBit bonus code ‘BCVIP’ you can claim an exclusive 100% bonus up to 7 BTC plus 500 points. This is split across four different deposits, so pay attention when making each deposit to ensure you get the most for your money each time. In addition to this fantastic bonus you will also earn points every time you place a bet at 1xBit and these build up to give you additional bonuses.

If you have been looking for a sportsbook or casino that is built for cryptocurrency, you can stop searching now thanks to 1xBit Australia. You can read more about this bonus in our review about 1xBit voucher code.

1xBit does have any license at the moment, but has all the needed internet security for a safe betting experience.

The bonus code to get an exclusive bonus is 'BCVIP'. You can claim a bonus up to 7 BTC & 500 points over your first four deposits.

5.3 Can I make a deposit with bitcoin?

Yes, 1xBit accepts a lot of cryptocurrencies as a deposit, so you can play with them without hesitation. 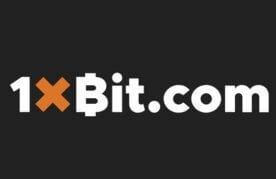 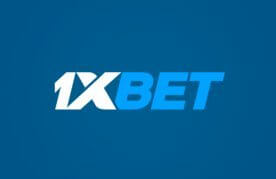 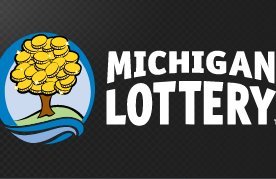 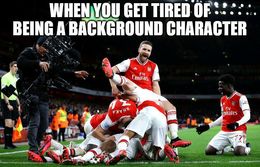