As one of the four most prestigious tournaments on the annual tennis calendar, Australian Open represents a great chance for top players to start the year on a high note. In addition to a large amount of ATP or WTA points, this tournament can also grant instant credibility to the winners and launch them into the limelight. This year’s edition is scheduled to start on January 20th at the iconic Melbourne Park, and will feature Novak Djokovic and Naomi Osaka as the defending men’s and women’s champions. Without a doubt, many tennis fans will watch Australian Open live stream and root for their favorite players as they advance towards the finishing rounds.

In addition to following their favorite players through Australian Open live streaming tennis lovers who can correctly guess the winners in advance could also earn some money. With this in mind, now is a great time to make some Australian Open 2020 predictions for both men’s and women’s categories, taking into account previous accomplishments and current form.

At every big tournament, the same group of elite men’s players is competing for the crown. We can expect the same in Melbourne, where according to all AO 2020 predictions Novak Djokovic is the favorite to defend last year’s title and add to his impressive collection of Grand Slam trophies. Considering he won the Australian Open seven times in his career, it’s obvious that the Serbian player loves this venue and feels very comfortable playing on hard surface.However, Djokovic is currently only second on the ATP list behind Rafael Nadal, and will have to beat his long-time rival in order to lift another trophy. Roger Federer may be in the twilight of his career, but he is still capable of winning at major tournaments, while younger players such as Daniil Medvedev and Alexander Zverev are in great form and could possibly go the distance in Melbourne.

Several other players could surprise, for example Dominic Thiem or Matteo Berrettini, but they can’t truly be considered favorites and their chances of reaching the final round are slim. However, if any of the Big 3 stumbles, we could perhaps see a first-time Grand Slam champion at this year’s Australian Open. In other words, there are plenty of reasons to catch a good Australian Open 2020 live stream and witness the matches firsthand.

The situation is less clear in the women’s draw, without a dominant figure in the mix. Current #1 on the WTA list Ashleigh Barty also deserves to be taken seriously, and she will be playing if front of a friendly crowd in Australia. However, she never advanced further than quarterfinals in singles at the Australian Open and her only Grand Slam title was won on clay surface in Paris. Older players such as Simona Halep and Petra Kvitova could definitely make some noise, while Elina Svitolina and Karolina Pliskova are ranked in the top 5 and look capable of shocking the world in Melbourne.

Of course, no Australian Open 2020 preview can’t be complete without mentioning Serena Williams, who won the event seven times (most recently in 2017) and at the age 38 still has some good tennis left in her, but losing in 1/16 finals will definitely not makeher happy. The field is very strong and we can expect many competitive matches in Melbourne, while such a large number of potential winners also bodes well for bettors looking to identify an unexpected champion.

Bookmakers are following the trends, and a quick glance at the Australian Open 2020 betting odds mirrors the general impression going into the tournament. If you like betting on favorites, Djokovic is a great option although he is currently given 13/8 odds at Bet365 and several other online betting sites. Australian Open 2020 betting tips imply that Nadal is the next in line at 7/2 at the same site, while Medvedev at 8/1 and Federer at 9/1 look like solid bets that could pay off nicely with some luck. Stefanos Tsitsipas at 12/1 and Thiem at 14/1 are long shots to win it all, so those bets could be too risky for the taste of many punters. Women’s odds to win Australian Open 2020 are more evenly distributed, because Serena Williams was regarded as the most reliable, but losing to Qiang Wang changed everything. Kvitova (7/1) and Barty (9/1) seem to be the biggest favouties with Halep at 9/1 and Pliskova at 12/1 round up the top-tier of best Australian Open 2020 picks and deserve some attention as well.

You'll find a great offer for Australian Open at Bet365!

If you would like to follow all the action live you can by tuning in to Australian Open matches at Eurosport channels.

You can also register for a free account at 1xBet by using our links. They usually have big tournaments like this in their live stream section, so we hope that this time will be no different. 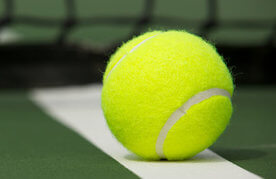 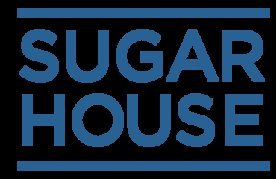 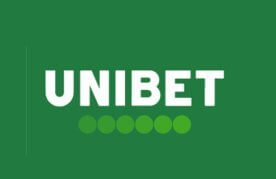 Ingther I don't think that it is a good idea to bet on the favourites. Williams and Djokovic will probably go far in the tournament, but I have a feeling that we'll be all surprised at the end. 12 days ago ...
BonusCodes Humor
The fun for today