The 2021/22 football season is underway, and while it’s early days, of course we can start to think about who will be winning trophies come the end of the season and take a look at Champions League final betting odds which are currently favouring PSG at 4.33, closely followed by Man City at 4.50.

We can also start to consider our Champions League final predictions, with a number of bookmakers pricing up their ‘to reach the final’ betting market.

There are some interesting prices available too, so let’s get started with our Champions League final betting tips and see if we can’t unearth some value for our followers.

The draw for the group stage of the competition has now been made, and this sets the scene for how our Champions League betting tipsmay look.

At the end of these round robin games, the teams that qualify for the last 16 go into the knockout draw – remember, group winners are seeded, and that keeps them apart until the latter stages of the tournament.

So, in theory at least, group winners have a better chance of reaching the final, which will be played in Saint Petersburg on May 28. This information is crucial to our Champions League final betting predictions.

As you would expect, many of the usual suspects have an excellent chance of winning their group, although just look at some of the pairings – Manchester City and PSG in Group A, Atletico Madrid and Liverpool in Group B, Real Madrid and Inter Milan in Group D and Bayern Munich and Barcelona in Group E.

In short, some of those listed will not be seeded for the knockout draw – that will really harm their chances, and we have to adjust our Champions League final prediction accordingly.

Additionally, let us recommend our article about Champions League tipster league contest, which will surely be interesting for all football fans.

Who will win the Champions League winner? Back your favourites at Bet365!

The Champions League winner odds have PSG listed as the most likely team to lift the trophy at 4.33, but we have to question the value in such a judgement.

Yes, they have signed Lionel Messi, but he is just one man – remember, PSG have been throwing millions at winning this competition, and they are yet to even get close. For that reason, we can discard them from our 2021-22 Champions League winner picks. They may not even win Group A – Man City and RB Leipzig will have something to say about that – and if they don’t their route to the final will be much tougher.

We’re happy to swerve Manchester City (available at 4.50) for much the same reasons, and instead focus our Champions League winner predictions on teams with a perceived easier route to the last 16 and beyond – we have to play the percentages.

That’s why the Champions League winner 21/22 odds on Chelsea (9.00), Manchester United (9.00) and Atletico Madrid (21.00) are so appealing. They have what we perceive to be a better chance of reaching the final, and all three have invested heavily in their squads this summer.

For that reason, it’s this trio which form the heart of our Champions League predictions 2022. To make betting even easier for you, we created the knowledge base of tipsters who offer predictions on their chosen leagues and matches. Check our article out to find out more about it.

We can start our Champions League final betting preview with the reigning champions, Chelsea.

They clinched the title in 2020/21 with a squad that, you would have to say, isn’t quite on the same level as what they have now. The likes of Romelu Lukaku and Saul Niguez are both high quality performers who have enjoyed plenty of success before – the former won the Serie A title with Inter last term, while the latter is a La Liga winner and former Champions League finalist.

And when you factor in the form the Blues have shown since Thomas Tuchel has taken charge, you can easily see why they are the pick of our 2021-22 Champions League final predictions.

Manchester United’s 2021-2022 Champions League title odds unsurprisingly took a tumble when Cristiano Ronaldo joined the club, and his capture – along with that of Raphael Varane and Jadon Sancho – signals a club that is ready to join European football’s elite once more.

He is going to make us a better team. He’s a special boy, or man now. He was a boy when I played with him. Of course, the players are excited, some have played with him in their national team. You see the fans – they are excited. That’s what he does – he is a special player. He is a great player, a great human being. I’m excited to keep building this squad. He will bring something completely different. - Ole Gunnar Solskjær about Christiano Ronaldo, The Guardian

They are priced at 5.00 with bet365 to reach the Champions League final, and in a group containing Atalanta, Villarreal and Young Boys they should get off to a positive start.

You can get 21.00 in the 2022 Champions League odds to win about Atletico Madrid, and that looks to be huge value. Yes, they’ve lost Niguez to Chelsea, but they have their prodigal son Antoine Griezmann returning – he will surely return to his former glories at a club he knows so well.

Diego Simeone is a specialist coach in this competition, and in an initial group that includes Liverpool – who they beat in 2020, FC Porto and AC Milan, their Champions League winner betting odds have to be respected.

If you are following the Champions League odds closely, then you will definitely want to see how the action unfolds first hand.

And so you will need to find a Champions League final live stream, which is straightforward enough. This can be found on BT Sport in the UK, while viewers in other countries should check their local listings.

Other options are available too, and you might just be able to catch a stream on the betting apps of bookmakers such as bet365 and Unibet.

This is the most fun way to see if our Champions League final predictions 2022 come true or not!

Bet and watch live at Unibet!

Who will win Champions League 2022 is a great question, and one that is tough to answer – read the rest of this article to see our three tips.

5.2 ⚽ Who are the Champions League favourites?

The Champions League final betting lines see PSG installed as favourites, and that’s not a surprise given their signing of Lionel Messi. Manchester City, Chelsea and Bayern Munich are also highly fancied.

5.3 💰 Are there any betting offers for the Champions League final? 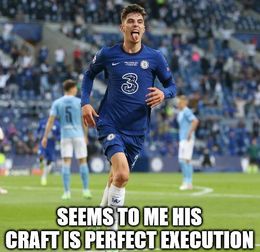