Given their obvious quality and the fact they have home advantage, England are among the favourites to win Euro 2021 – and this is also reflected in England vs Scotland betting odds, which currently favour English team at 1.30, while their opponents can be backed at 10.00. In this Group D game, they have a chance to get one over on an opponent known as the ‘Auld Enemy’, and Scotland would love to derail their neighbours’ championship bid. So how will this game pan out? Let’s consider the England vs Scotland predictions.

You look at this England squad and it does scream potential European champions. They have an embarrassment of riches in attacking areas, so much so that some players that will miss out on the squad are of the highest calibre. So far, in the group stage, they won with Croatia and England vs Czech Republic predictions are pretty easy to guess as well.

And yet….there are question marks. Does Gareth Southgate have enough experience at the top level as a coach? Are England strong enough from a defensive perspective?

Those are two questions that will be put to the sword by Scotland, who may have needed the play-off route to qualify for Euro 2021 but they are still a tough opponent on their day – and they will be on this day at Wembley Stadium, you fancy.

On paper, this looks like a victory for the English, but the character of the Scots – and some of the quality in their squad – suggests they are a dangerous outsider. It is also confirmed by Scotland and Croatia betting odds and tips - the predictions for their other approaching match.

In this England vs Scotland preview, let’s consider whether the Three Lions will live up to their billing as tournament favourites.

You can look at the Euro 2021 betting odds as far as the tournament winner is concerned for a take on how this game might pan out – England are the bookies’ favourite at 6.50 to lift the trophy, while Scotland are as long as 351.00!

Consequently, the Scotland vs England betting odds speak for themselves, with the English the red-hot favourites at 1.30, Scotland the underdogs at 10.00 and the draw at 5.25.

So will the game go as the odds suggest it might?

Back your England vs Scotland favourites at William Hill!

England qualified with room to spare for this tournament, and while it’s been an eternity since they last challenged for a major trophy, the evidence of World Cup 2018 suggests they are getting closer.

It helps that their players are plying their trade at the highest level week in, week out, whether that’s in the Premier League or in the Champions League, and a possible front four of Harry Kane, Raheem Sterling, Jadon Sancho and Mason Mount – if that’s the combination Southgate opts for – is dreamy.

It’s hard to suggest that Scotland are among the ‘very best’. They have some quality performers like Andy Robertson, Kieran Tierney and John McGinn, but this is a team that has to perform to a level greater than the sum of their parts if they are to get anything from this game.

They lost home and away to Belgium and Russia in qualifying – teams on a par with England, you might say, and they even suffered the indignity of defeat to Kazakhstan, what's more, in their first group stage match, they lost 0-2 with Czech Republic, despite being a favourite prior to this game, so our England vs Scotland predictions are well justified.

Don’t forget that the Scots needed penalties to defeat Israel and Serbia in the play-offs, so for them to play at a level where they can beat England they will need to raise their game substantially.

Our England vs Scotland betting tips have to reflect that fact.

There’s nothing else to say in our Scotland vs England betting tips – barring something surprising, England will win this game.

However, their odds are short and we expect Scotland to put up a fantastic fight here – they will give everything to stem the attacks of England.

We don’t anticipate the Scots scoring, however, and so we can headline our England vs Scotland betting picks by backing the Three Lions to win to nil.

If they are to lift this trophy on home soil and justify their position in most pundits’ Euro 2020 betting tips, they will need to show their class here.

While we don’t know exactly which channel will show the England vs Scotland live stream, it will be either BBC or ITV in England and probably BBC Alba in Scotland.

If you are looking for an alternative in your England vs Scotland live streaming, be sure to check your bookmakers’ live channel listings.

Firms like bet365 and Unibet have lots of options available every day, so they may be another possibility of where to watch England vs Scotland.

Find a stream that suits you and then let’s see if our England vs Scotland betting odds hit the mark!

Enjoy live stream of the match at Bet365!

5.1 🥇 Which team is the favourite according to England vs Scotland betting odds?

5.3 📺 Where can I watch England vs Scotland online?

You can both use our England vs Scotland betting odds backing your favourites and watch the live stream on your favourite bookmaker's website, such as 1XBET or Bet365. 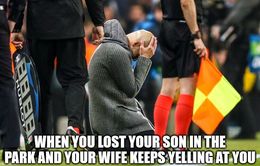