The 2020 / 2021 European Football Championship unfortunately will be played next year in the dates of the 11th June and 11th July 2021, because of the Coronavirus outbreak, if the situation will not change again. You can check the latest statistics about it at https://www.worldometers.info/coronavirus/. It will be the 16th European Championship but different from many of the previous tournaments due to the hosts. Rather than having one or two host nations, the Euro 2020 / 2021 will be contested across 12 cities. This does not change

The Stadio Olimpico in Rome will host the opening game with Wembley Stadium in London hosting both the semi-finals and final. It will be the second time Wembley has hosted the final of the European Championship but who will be contesting the showpiece occasion?

When the qualifying groups were drawn for the 2020 / 2021 European Championship there was little doubting England would qualify for the tournament. With Czech Republic, Kosovo, Bulgaria and Montenegro completing the group, it would have been a massive shock if England had not finished top never mind failing to qualify.

At the time of writing in the Euro 2020 / 2021 betting, it is England who lead the way with odds of 4/1 with Bet365 to win the competition. This is interesting considering England have failed to reach the final of the European Championship once in the history of the tournament. They were eliminated at the round of 16 stage by Iceland in 2016, which was one of the biggest shocks in the history of the competition.

Given their somewhat average performances at the European championship, why do the Euro 2020 / 2021 betting odds have England as the favourites? The England football team look good going forward but remain questionable in defence. Perhaps the advantage of playing their games at home in the group stage and the possibility of the semi-final and final being on home turf is what is pushing the odds to win Euro 2020 / 2021 in their favour?

However, let's not forget that England did reach the semi-final of the World Cup before losing to Croatia. The current group of players will be looking to push on and go one better at the 2020 / 2021 European Championship and the bookmakers clearly believe they have what it takes to lift the trophy. The question is, which nations are pushing England close in the Euro 2020 / 2021 betting winner odds?

England eventually finished 4th in the 2018 World Cup as they lost the 3rd and 4th playoff match against Belgium. England also lost to Belgium during the group stages of the tournament and the Euro 2020 / 2021 betting tips today have the Red Devils as the second favourites behind the English to win Euro 2021 at 5/1 with Bet365.

There's been a great deal of pressure placed on the current group of Belgium players as it is believed they are the best the country has ever produced. However, Belgium are still to win either a European Championship or World Cup. Having reached the semi-final of the 2018 World Cup, Belgium lost out in a tight match against France who went on to win the competition. They reached the quarter final of the 2016 European Championship before being eliminated by Wales, which was a disappointing result.

However, there can be no doubting the quality of their qualifying campaign for the 2020 / 2021 European Championship and Belgium won all 10 of their group matches. It was a hugely impressive qualifying performance, superior to that of England and based on that, it is difficult to look beyond Belgium in our Euro 2020 / 2021 predictions as potential winners of the tournament.

Aside from perhaps Brazil and Argentina, the top nations in world football all come from the European continent and that's what makes the European championship such a tremendous and closely fought event. This is highlighted by the fact that the current World Cup holders, France are 3rd in the Euro 2020 / 2021 betting odds priced at 13/2 with Bet365.

The main reason why France are behind both England and Belgium in the Euro 2020 / 2021 betting is due to the draw. The French have been placed in Group F along with defending champions Portugal and Germany. One more team will join the group following the play off matches but this should not change the odds to win Euro 2020 / 2021 significantly as whichever nation enters this group is going to face a huge task just to win a point.

However, should France escape from this group they will do so with the confidence of going on to win the tournament.

You can place your favourite bets at Bet365

Completing the top four in the Euro 2020 / 2021 betting tips today are Netherlands. The Dutch appear to have made a comeback in terms of international football over the past 2 years and qualified along with Germany from their group. You must go back to 2012 to find the last time Netherlands played in the European championship and they were eliminated at the group stage of the competition.

They failed to qualify for the 2016 European Championship and also for the 2018 World Cup so will be aiming to make the most of this opportunity having missed out in recent years. Given their lack of participation in these two events, it is difficult to back the Dutch as potential winners of the 2020 / 2021 European Championship despite their odds of 13/2 with Bet365 making them the fourth favourites.

Keep reading to checkout our Euro 2020 / 2021 betting tips for potential outside winners of the tournament.

Given they are the defending champions, it may come as a surprise to see Portugal out at 16/1 in the Euro 2020 / 2021 betting odds with Bet365 to win the tournament. The Portuguese finished 2nd to Ukraine in their qualifying group following a slow start but lost only one of their 10 matches. Portugal may have performed below expectations at the 2018 World Cup but they responded by winning the 2018/19 Nations League, becoming the first nation to lift the trophy.

Another team featuring lower down the betting is the 2018 World Cup runners up Croatia. They qualified top of their group despite not being at their best and remain a threat in this tournament. However, Croatia have never gone beyond the quarter final of the European championship and it is that record which is perhaps the reason why they are out at 25/1 with Bet365 in the Euro 2020 / 2021 betting.

With England, Czech Republic and a playoff winner in their Euro 2020 / 2021 group, Croatia should have little trouble in reaching the knockout stages and from there anything can happen.

When you have your betting picks in order, you can take a while to check, if there is a good option to watch the matches live on your computer or mobile device.

Usually, 1XBet has this kind of tournaments like Euro 2020 / 2021 covered in their live streaming section, so we hope that this time will be no different. All you have to do is register.

robinson.ben about 1 year ago
England no. I bet on Spain. I think that they have the quality to win it all and the pressure will not be on them this time
Show all comments
Recommended Bonus Codes 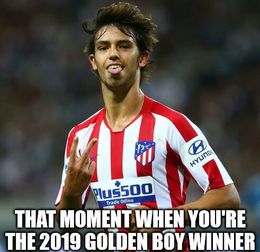