Therefore, some countries will be playing all of their group games at their home venue and this could extend to the latter stages of the tournament. Both semi-finals and the final will be played at Wembley Stadium. The stadium has the largest capacity of all 12 that are being used throughout the tournament and in that respect, it makes sense to stage the most important games at this venue.

Tickets for the final have already been in high demand and it is sure to be a fantastic occasion but the question is which two teams will play in the biggest match of the tournament? Continue below to find out more in our Euro 2021 final predictions as we look ahead to the Euro 2021 final betting odds.

As previously mentioned, the Euro 2021 final location will be Wembley Stadium and this is the home of the England football team. England will play all three of their group games at this venue and if they reach the semi-final and final of the competition it means all but 2 of their matches will be played at home.

This surely hands the English a significant advantage and having reached the semi-final of the 2018 World Cup, they will be hoping to go one better in this tournament. It is worth remembering that England were eliminated in one of the biggest shocks in the history of the European championship in 2016 as they lost to Iceland. However, this current England team look a different proposition to that which played 4 years ago and they should have little trouble coming through their group and progressing to the latter stages of the tournament.

The odds to win Euro 2021 have England as the 4/1 favourites with Bet365 and therefore they must be considered as one of the most likely nations to reach the Euro 2021 final.

Which nation has the best chance of matching England and reaching the final? Our Euro 2021 final betting tips suggest we could see a repeat of the 3rd and 4th place play-off from the 2018 World Cup in the final of the 2021 European Championship. Belgium were involved in a fantastic qualifying campaign as they won all 10 of their group matches to reach the tournament with a 100% record. The Red Devils reached the semi-final of the 2018 World Cup only to lose narrowly to the eventual winners, France.

Time is running out for the so-called ‘golden generation’ and Belgium will be determined to make the Euro 2021 final. The Euro 2021 final betting odds have the Belgians at 5/1 with Bet365 to lift the trophy and they have a great opportunity to play in the final.

It is veyr likely that the team that goes far in the tournament, will have a top goalscorer in ther squad, so we recommend also checking out our preview about Euro 2021 Top Goalscorer betting odds, which can help you to get a clear picture about offensive potential of the teams.

France are the current World Cup holders having lifted the trophy in 2018 and therefore must be considered one of the favourites to reach the Euro 2021 final. There may be 2 reasons why they are not above England and Belgium in the betting and that's the fact they will not play any matches in France and the group draw has not being favourable.

The French are in a group along with Germany and Portugal plus a play-off winner still to be decided. The two games against Germany and Portugal will be crucial but if the French can win even just one of those 2 games it could be enough to see them progress if they can defeat the play-off winner. The current French squad know what it takes to win at a major tournament they must be considered one of the favourites in the Euro 2021 final betting odds. France are available at 13/2 to win the tournament and to do that they must reach the final.

The 2018 World Cup final was contested between France and Croatia. However, while the French are considered to be one of the favourites to reach the 2021 European Championship final the same cannot be said for Croatia. They were not at their best during the qualifying campaign but having been drawn with England, Czech Republic and a play-off winner, they will fancy their chances of qualifying for the knockout stages of the tournament.

If Croatia finish 2nd to England in the group, which is expected they are highly likely to play either Sweden or Poland in the round of 16. Croatia will fancy their chances of winning that match and reaching the quarter-final. From there, anything can happen and Croatia make a tempting bet to reach the Euro 2021 final.

Fans that figured out their 2021 European Championship betting picks will probably now look for a good place, where they can watch all those matches. 1xBet is the perfect place to do it. Not only will you find a huge range of Euro 2021 betting markets but also comprehensive Euro 2021 live streaming.

All you need to gain access to the Euro 2021 live stream is a create an account at 1xBet. 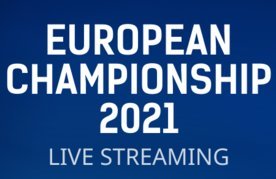 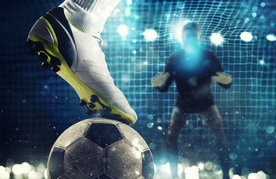 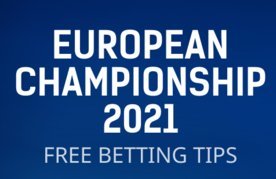