The 2020/21 UEFA Europa League group stage will begin on the 22nd of October and we are ready with some Europa League betting odds. There are twelve groups each containing 4 teams and the top two teams from each group progress to the next knockout stages of the competition. From the Round of 32 stage onwards, the ties are played over two legs with the winners progressing to the next round.

It is also worth remembering that at the Round of 32 stage, the 3rd place teams from the Champions League groups enter the competition and this adds to the difficulty level.

This season the final will be played at the Gdansk Arena Stadium in Gdansk, Poland. This stadium was due to host the 2019/20 Europa League final but the latter stages of the tournament were played in Germany. Therefore, the previously agreed locations for the final have been pushed back one season.

The Gunners have shown signs of improvement under the guidance of Mikel Arteta. Arsenal are by no means the finished product but the same could be said when they reached the final of this competition in 2018/19. Arsenal have added some good players to their squad since then, including their latest signing, Thomas Partey from Atletico Madrid. The Europa League draw has seen Arsenal grouped with Rapid Wien, Molde and Dundalk. They had little trouble in topping that group and landing a winner in the Round of 32.

I feel so happy, I already feel part of the family because the fans have received me, everybody is saying nice things about me and, you know, to be received like this is a great feeling. This a great club, it is one of the biggest clubs in Europe and it is a club that deserves to be aspiring for greater things and I think it doesn’t happen in a day, we have to work hard to make sure we are back to where we belong. I want to make everyone feel happy. - Thomas Partey for Arsenal website

The second English Premier League club to feature in our Europa League betting tips is Tottenham Hotspur. Much like there North London rivals Arsenal, Spurs have been busy in the transfer market over the summer and they have added Gareth Bale, Sergio Reguilón, and Matt Doherty, among others, to their ranks.

You must go back to 1983/84 to find the last time Tottenham Hotspur won a European trophy and it was in this competition. Since then, Tottenham Hotspur have won only two trophies, the most recent being the English League Cup in 2007/08. The biggest criticism of Mauricio Pochettino during his largely successful time at the club was he failed to bring a trophy and José Mourinho will be keen to avoid the same fate.

With Ludogorets Razgrad, LASK, and Antwerp in their group, Tottenham Hotspur, right from the beginning, were expected to progress to the latter stages of the Europa League this season.

Outside of the English Premier League, the Europa League odds with Bet365 suggest the winner could come from the Italian Serie A. AC Milan made a meal of their progress through the qualifying rounds and required a long penalty shootout to defeat Rio Ave of Portugal. They have been drawn in Group H along with Celtic, Sparta Prague, and Lille, which was a tough group. It would take a brave person to back AC Milan in their Europa League predictions at 10 with Bet365.

Remaining in the Italian Serie A and we come to Napoli. They felt pretty confident of progressing beyond the group stage having been drawn with Real Sociedad, AZ, and Rijeka. Napoli have a talented squad including Dries Mertens, Lorenzo Insigne, Kostas Manolas, and Kalidou Koulibaly.

Do you know the Europa League winner? Place your bet at William Hill!

Other teams to look out for in the Europa League this season include Villarreal, Roma, Bayer Leverkusen, Leicester City, and Benfica.

The availability of a Europa League Live Stream will depend on your location. However, the best advice is to sign up to all of the top online bookmakers, especially those with great live streaming services such as William Hill, Bet365, and Unibet. Doing so means you will not only have access to a Europa League stream but also the best odds and in-play betting.

Be on the ball and follow our Europa League betting odds to win big! 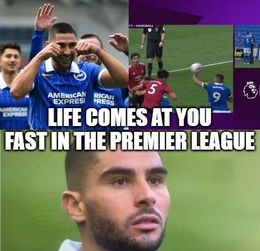