It may not be the premier continental competition, but there are still plenty of teams gunning for glory in the Europa League betting odds, with Borussia being first in line at 6.50, and each has their own motivations for success.

For sides like Napoli (17.00), West Ham (13.00) and Bayer Leverkusen (21.00), for example, winning the Europa League would be a tremendous achievement – a rare slice of major silverware in what has been something of a drought period for each.

There is a rather large elephant in the room when it comes to Europa League betting – the fact that some teams, i.e. those that finish third in their group, are knocked out of the Champions League but placed into the knockout round draw of the Europa League. This season, those teams are RB Leibzig, FC Porto, Borussia Dortmund, Sheriff Tiraspol, Barcelona, Atalanta, Sevilla and Zenit St Petersburg.. Not all of them are considered amongst the favourites to lift this trophy.

In our article we discuss Europa League winner odds and give you hints which teams are worth to back.

The draw for the knockout round play-off has now been made, and it is time to analyse which teams are among the favourites to win.

As the first legs start on 17 February, we should already start to plan how to bet on the Europa League.

As we have already mentioned, the fact that teams played in Champions League does not necessarily make them favourites. Among the winners, the Europa League group phase are quite strong contenders such as West Ham (13.00) or Napoli (17.00).

Pick your favourites and back them at Bet365!

We will see if indeed the teams at the top of current Europa League odds will manage to get to Round 16 which will begin on 10 March. Bookmakers claim that Borussia, Sevilla, and Atalanta are the teams with the biggest chances to get not only to this stage but to the grand final,, which will be played on 18 May in Seville.

Whichever of the above teams you decide to back, it is worth to have a look at our article about sure bets, which allow you to make use of the differences between the odds at various bookmakers. That way, your profits can be even higher!

Each season, making Europa League winner predictions is like solving a puzzle, with many more factors to consider than betting on, say, the Champions League.

The reality is that some teams will give it everything in their pursuit of winning the Europa League, whereas other sides will field fringe players and youth team prospects – they will have bigger fish to fry in their domestic competitions. That explains why delivering accurate Europa League predictions is so tricky. However, if you are good at it, why not give it a shot and visit our website where you can find a football tipster league and many bonus codes for bettors to show off your knowledge and earn extra money.

However, for now, let’s get back to the analysis of Europa League tips. Let’s consider the difference between Real Sociedad and Atalanta, for example. For Real, the Europa League is their main competition this season – they know that a top finish in La Liga is probably going to be off-limits. But with Juventus struggling, Atalanta might just fancy their chances of winning Serie A – hence, the Europa League slips down their list of priorities.

This has to be the mindset when studying the odds to win Europa League 2022 – finding those teams that will be dedicating their best resources to winning this competition.

And if football is not really your thing, you can always try betting on volleyball. This sport is not really mainstream and its enthusiasts are often not familiar with specific betting strategies, therefore our volleyball betting guide and bonus codes for bettors can turn out to be helpful. Feel free to read our article and try your luck!

So Real Sociedad will be willing to put a lot of effort in the tournament, although they are far from the top of Europa League final 2022 betting odds at 26.00.

Borussia Dortmund, at 6.50, leads the way in our Europa League betting tips. However, they are also one of the favourites in Bundesliga, so we need to take into account that their engagement in the national league is equally strong, therefore Europa League is not their only focus at the moment.

Speaking of German teams, we take a look at Bayer Leverkusen, who have started the German Bundesliga season like a train. They know that they are likely to finish behind Bayern and Dortmund, however, and so the Europa League could be their safest route into next season’s Champions League.

There tend to be outliers each season in the Europa League, so you could try your luck by backing a few huge outsiders. Dinamo Zagreb (151.00) beat Tottenham in last year’s edition, and their run to the quarter-finals was only halted by eventual champions Villarreal.

The best way to enjoy watching the Europa League favourites 2021/22 is with a dedicated live stream.

You’ll have to dig deep to find the action on your TV, however, and in the UK the broadcaster BT Sport only shows some games – an example of how difficult it can be to watch your team in this competition.

However, betting sites like bet365 and Unibet may be able to help – their live streaming channels are outstanding, with new competitions added to their schedule all the time. You can make use of our Europa League betting odds, place a bet and watch the game in one place – that’s a pretty convenient option. 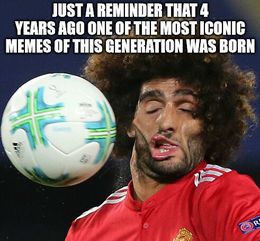