The 2020/21 Europa League, the 50th season of the European club football tournament, is coming to an end and in our Europa League Final betting odds we focus on Manchester United (1.40) and Villarreal (3.00.

The Europa League final will be played at the amber-shaped Gdańsk Stadium in Gdansk, Poland on 26th May 2021. Last season’s final was going to be played at this venue but the latter the stages of the tournament were played in Germany due to the outbreak of COVID-19. The winners of the 2020/21 Europa League will participate in the 2021 Super Cup against the winners of the Champions League.

You only have to go back to the 2018/19 final to find the last time two English Premier League clubs reached the Europa League final. That season we saw a final between Chelsea and Arsenal, with the Blues coming out on top. However, none of these teams can included in this year's preview of Europa League Final.

The two teams left in the competition are Villarreal and Man Utd. Bet365 offer 1.40 for Manchester United to win the Europa League and 3 for their opponents to get the title.

Although none of these teams were considered as the strong favourites at the beginning of the competition, they managed to get to the final.

While Manchester United have played in European final prviously, not many expected Villarreal to get so far. It is the Spaniards' first major final in such an important competition.

We deserve to play this final and we will show our best performance. We want to fight against Manchester for this title. - Unai Emery, Fistr Post

It is going to be an interesting and exciting match for sure. Manchester is a favourite, at least according to available odds, which favour this team at 1.40. But it is worth to remind all the bettors that Villarreal and Manchester have met before and each of their four matches ended in goalless draws. Will this be different this time?

Which team will win the Europa League final? Place your bets at Unibet!

You can find more information on Europa League betting odds 2020/2021 tips and predictions gathered together in our article!

While waiting for the big match, go ahead and follow our Europa League Final betting odds to find the best deals. 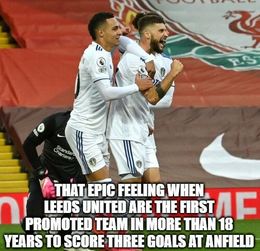