The sports world is buzzing about the Europa League final betting odds as this competition is entering the most exciting stage. It’s much easier to make Europa League winner predictions when we know the teams that qualified for the finals, so now that Rangers, available at 2.20 with Bet365, and Eintracht Frankfurt, which can be backed at 1.66 with the same bookmaker, punched their tickets it makes sense to start analyzing the matchup. There is a lot of public attention around the game, which is understandable as the winner will gain a prestigious international trophy along with a spot in the next year’s Champions League. This is why Europa League finalists odds need to be analyzed very carefully before deciding which team to back.

Europa League is the successor to the UEFA Cup, and is regarded as the second most elite football competition in Europe, right after the Champions League. This continental competition brings together 48 teams from various European countries in the group stage, before narrowing the field through multiple knockout rounds that consist of home and away games, until only two teams remain to meet in the single-game final.

This year’s final is scheduled for Wednesday, May 18th and will be played at the Ramon Sanchez-Pizjuan Stadium in Seville, Spain. With the teams qualifying for the finals now known, fans can start making Rangers vs. Eintracht predictions based on the level of play those squads displayed in the earlier rounds. Those who are unable to attend in person can catch all the action via live streaming of 2022 Europa League final online.

When questioning who will win Europa League 2022, it’s necessary to consider the history. Both of the finalists have long traditions of competing at the highest level of European football, but neither has won the title of this magnitude recently, with Eintracht winning the UEFA Cup in 1980 and Rangers last reaching the final of the same competition in 2008. According to most Rangers vs. Eintracht betting tips, the German representative has a better chance to win the match, but in either case we will have a winner that wasn’t necessarily among top Europa League favorites for 2022 when the group stage started. Both of them outperformed expectations and survived some tough tests, which makes Europa League winner predictions a bit murky.

Up until now, it's the best day of my career. Now we just have one more game. We want to bring the thing home now. - Kevin Trapp, after winning the semi-final, DW.com

Unfortunately, there is no golden rule when it comes to winning a soccer 1x2 contest, so we cannot guarantee that following our tips will make you succeed. However, the analysis of the teams provided in this article and football betting guides available on our website will certainly increase your chances to do so.

There are numerous Europa League betting offers for the final match, but it’s not clear how risky they actually are. General consensus among football observers favors Eintracht Frankfurt to win the match, which is reflected in the Europa League winner betting odds presented by the leading bookmakers. At practically all betting websites, Eintracht is regarded as the clear-cut favorite, with odds ranging from 1.60 to 1.72 for them to win. If you are interested in Europa League final odds for a Rangers victory, they are presently standing at 2.20 at Bet365 and William Hill. Apparently, there are quite a few good bets to be made on this match and it might be wise to consult Europa League final predictions before you make the final decision about your pick.

One more advice from us - do your research and follow our football tips to secure profits from your betting. Watch the action as Europa League proceeds and feel free to make use of our guides and articles including various tips and pieces of advice for bettors.

A majority of football fans love to watch high-profile games live, and some of them may be wondering where to watch Europa League final this year. There is no shortage of good options to explore in this regard, including local TV broadcasts, international satellite/cable stations, and Europa League final live streaming over the internet. Watching the game in high resolution on your mobile device can be a lot of fun, especially if you are waiting to see whether your 2022 Europa League betting predictions are being fulfilled. Many betting operators will allow their players to watch Europa League final live stream hosted on their official website, so you should definitely check whether this is possible with your gaming provider, such as Unibet or Bet365.

William Hill has an attractive betting offer for the players!

All of the leading bookmakers carry Europa League final betting odds 2022, so you can choose your favourite brand to bet with.

5.2 ❓Is there a live stream of Europa League available online?

Europa League betting offers as well as live streaming of the matches are often available on online bookmakers' websites. Check out 1XBET or Bet365 to find out more.

5.3 ⚽ Can we expect a high scoring match in the Europa League final?

Considering that Rangers scored three goals in one match of each of the previous rounds and that Eintracth scored at least one goal against every opponent since the group stage, it wouldn’t be surprising to see a very dynamic game with multiple goals scored.

5.4 🏆 Who are the favourites to win the Europa League?

Based on the analysis of the Europa League final betting odds for 2022 it’s possible to make a strong case for bet on any outcome, however, smart money is on Eintracht to win the match. 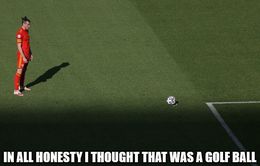