It’s a much-maligned competition in the world of football, but there’s no doubt that the Europa League offers plenty of opportunities for the teams that take it seriously. For some, it may be the only genuine chance they have of qualifying for the following season’s Champions League, and at the very least there’s also the chance of winning a trophy and securing a spot in the Super Cup. Just look at last season’s favourites to win Europa League and the final between Chelsea and Arsenal. For Chelsea, it was a chance to win some much-needed silverware: it’s no surprise that former boss Maurizio Sarri, sensing the pressure on his job building, wanted to win the tournament. As for Arsenal, it was the only realistic chance they had of qualifying for the 2019/20 Champions League. In the end, they finished agonisingly one step short after losing to the Blues in the final.

And so there will be no shortage of interest in the Europa League for 2020, in which there will be a whole heap of big names competing. Arsenal and Manchester United headline alongside Roma and Sevilla, while the likes of Inter Milan, Wolfsburg, Sporting Lisbon and Ajax will be hoping to make their mark.

A good idea is to look look at the profiles of last season’s four semi-finalists: Chelsea, Arsenal, Eintracht Frankfurt and Valencia. All had excellent domestic seasons, either flirting with the Champions League places in their respective divisions or indeed finishing in them, but here’s the key thing: none had any chance of winning the league title. And perhaps that is the most important thing here. Teams that have bigger priorities don’t tend to fare too well in the Europa League: it has to be the main focus of any side with ambitions of winning the thing. That gives us a much clearer picture of our Europa League final 2020 betting predictions. We’re looking for good teams – those who will finish inside the top six of the best domestic divisions – who have strong squads where they can rotate and still field a high quality starting eleven. So who springs to mind for our Europa League final 2020 betting tips? Certainly Sevilla will be hoping to go one better, and we have no fear that their manager Julen Lopetegui will take the competition seriously.

And Ole-Gunnar Solskjaer will be desperate for a trophy in his first full season as Manchester United manager. The Norwegian is overseeing a change of style and personnel at Old Trafford, but he will still have the squad depth to compete for what may be his side’s best chance of qualifying for the 2020/21 Champions League.

Both Inter and Roma were poor last season, so they can be discounted, while Frankfurt have lost their talisman Luka Jovic, who has joined Real Madrid.

Another dark horse for the title might be Wolves. They don't have much of European experience, but they fit the profile of the kind of team that can excel as the Europa League favourites 2020.

As you would expect given that this is a major continental competition, all of the leading bookmakers have Europa League betting odds to offer you.

Who will lift the Europa League trophy? - Best odds

One of the best places to have a flutter is bet365, who carry a wide range of Europa League markets and often at the best possible odds too. If you join them today you can even bag a handy welcome bonus too; there’s not been a better time to place your Europa League bets! There are other bookies that we can recommend too. William Hill have been around for over a century – that tells you something about how popular they are with the betting community, while newer, innovative firms like Unibet and NetBet are beginning to make their mark on the industry too.

No matter where you choose to bet, there’s no doubt that the 2020 Europa League final is going to be an exciting contest!

A month ago I couldn't even answer if we can play the competition - now we will play, hopefully. - Aleksander Ceferin for The Guardian

You may have read our UEL betting tips and now be itching to watch the game yourself. You may be lucky enough in your country to be able to watch live coverage of the game on your TV, laptop or mobile device via a conventional channel, but for many that won’t be an option with the broadcast rights typically sold to pay-per-view operators.

You can actually live stream the game via a number of sportsbooks and bookmakers, including most notably 1XBET. This is a firm with one of the most comprehensive live streaming channels around. As well as the Europa League final you can catch live action from football leagues around the world. That includes Europe’s top competitions, as well as other tournaments in all four corners of the globe. What’s more, 1XBET’s live streaming is not just dedicated to football. Lots of other sports get a look in too, including tennis, horse racing, cricket, basketball and snooker, to name just a few.

So how can you live stream the Europa League final? That’s easy enough: simply register for a new customer account with 1XBet. That’s quick and simple to do. Then, all you have to do is make a deposit to ensure your account is active: at this point you will have access to brand’s outstanding live streaming channel. 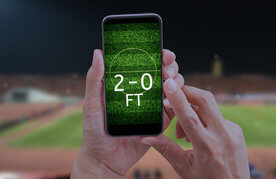 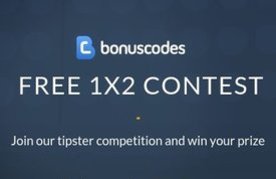