Fanteam is not your standard online bookmaker. They do offer a sportsbook, which we will discuss in more detail in our Fanteam review below but they also provide several other ‘fantasy’ style games.

If you have every played fantasy sport online before, such as fantasy football or baseball, then you will know what to expect from Fanteam. However, instead of just playing for one prize pool at the end of the season, you can also play for real money on a daily basis, adding to the excitement of fantasy sports. Although, judging by how much our users love to take part in Bonucodes leagues with a prize pool: Baseball Tipping League and Free 1x2 Contest, we know that these kind of awards also have a lot of fans. Here on our website you can find a lot more than free bonus codes reviews.

The operator of the Fanteam website is Scout & Co, a Maltese company which is full licensed and regulated by The Malta Gaming Authority. So, with that in mind, let’s take a look at what they have to offer in our Fanteam review. Don’t forget to check out the Fanteam bonus code information before you go.

As highlighted above, Fanteam is home to both fantasy based games and a sportsbook. Beginning with the Fanteam sportsbook, football is clearly the focus and the first thing you will see when loading up the website is football odds.

These range from across the major leagues in Europe such as the Premier League and La Liga to the smaller leagues such as the Norwegian Eliteserien and Swedish Allsvenskan. You will also find other leagues from around the world including the Brazilian Serie A for example.

All the latest and upcoming football matches are listed on the homepage of the Fanteam sportsbook. The top matches, such as those in the Premier League will feature selected player duels, such as Harry Kane vs Sergio Aguero and odds on which player will come out on top in terms of fantasy points. It is an interesting twist on traditional football betting and a very exciting option when playing at Fanteam. When you can't decide on which match you wish to bet on, you can always check out out football betting guide, which can be helpful in this matter.

You can even bet on cross game fantasy duals between players who are not involved in the same match. Again, this is not something you will see at most traditional online bookmakers and adds something extra to football betting.

Find out more about a new option of matchup games at Fanteam!

At the time of writing, there were no other sports on offer at Fanteam but the sportsbook is in the early days of release and that is sure to change. We also hope to see the addition of a Fanteam bonus for the sportsbook in the near future. This could be in the form of a Fanteam deposit bonus or Fanteam promo code, so bookmark this page to keep informed of the latest developments with Bonuscodes.

Moving to the fantasy element of Fanteam and you are spoilt for choice when it comes to both sports and games.

Fanteam offer football, baseball, basketball, ice hockey, tennis, MMA and Olympics fantasy games to name but a few. Football has the best coverage and you can bet on fantasy football games which last the whole season or games focusing on a specific match or player. You choose to select a fantasy team based on the players involved in one game only, whether it be football, basketball or baseball for example.

Win prizes from the prize pool at Fanteam!

The players all score points based on their performance and the entry with the most points wins the allocated prize money for that match. It is certainly an interesting way to bet and we can bring you some great offers including the possibility of a Fanteam no deposit bonus.

For those who love betting on the go, you can download the Fanteam app for both Android and Apple devices. The app allows you to play real money fantasy games on your mobile device and the colour scheme and layout matches that of the main website.

Deposit methods include VISA, Mastercard, Skrill, Neteller and Paysafecard, while support is available via the live chat feature, which is quick to respond 24/7. There is also an email address if you would like to send them a longer enquiry.

Now you know everything Fanteam has to offer, let’s move on to the Fanteam bonus code section.

Here at Bonuscodes we have news of a great Fanteam bonus and you do not need to use a Fanteam promo code to qualify. Simply follow the Bonuscodes links and you will become eligible for a 200% first deposit bonus.

Yes, Fanteam is run by Scout & Co, a company which holds a gaming license from the Malta Gaming Authority.

Yes, fantasy sports betting is a large part of what Fanteam have to offer and you will find a wide range of sports and fantasy games.

3.3 What is the Fanteam bonus code?

You do not need a Fanteam promo code, just use the Bonuscodes links to claim a 200% first deposit bonus. 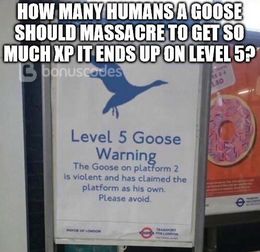