The tournament may have been delayed for a year, but you can guarantee that Belgium will go into Euro 2021 as one of the favourites in the betting to lift the trophy.

The extra time they have to prepare will surely aid their quest too, with the likes of Eden Hazard able to fully recover from what has been an injury-hit campaign at Real Madrid.

The Belgians will of course first have to come through Group B if they are to have any chance of winning the competition, and that’s a group that contains Russia, Denmark and their opponents here, Finland.

This is Finland’s first ever appearance at a major international tournament, and so they will be desperate to make a huge impression. For their players, this will be the biggest moment of their sporting lives – whereas Belgium, semi-finalists at World Cup 2018, clearly have a wealth of experience to call upon.

How much of a factor will that prove to be in the final result of this match? Played on neutral soil at the Krestovsky Stadium in Saint Petersburg, most Finland vs Belgium predictions will focus on what is likely to be an easy enough victory for the Belgians.

You won’t find many bookmakers that are willing to oppose Belgium here, and so that’s why the betting market looks so lopsided heading into this game.

In the Belgium vs Finland betting odds, you will find the Belgians to be available as a red-hot favourite.

This is, without doubt, a golden generation of Belgian footballers – putting the likes of Hazard, De Bruyne, Mertens, Lukaku, Carrasco and Witsel in the same team is an opportunity to win tournaments that the country has never seen before.

But that brings with it pressure, and perhaps that could be seen in their World Cup semi-final defeat to France in 2018. They blinked in the spotlight, and allowed the French to nick a 1-0 victory.

Was that their best hope of winning a major tournament with this set of players? Belgians will be hoping that their time comes at Euro 2021.

They certainly have the class and the firepower to lift the trophy. They beat Brazil and England at the World Cup, among others, and in qualifying for this competition they blasted 40 goals in just ten games.

Consequently, this Finland vs Belgium preview has to focus on the fact that the Belgians are likely to win comfortably.

There’s Finland’s lack of experience to consider, but also their relative lack of quality too. Remember, this is a team that lost to Greece and Bosnia-Herzegovina in qualifying, and that shows they have plenty of vulnerabilities for the favourites to exploit.

A long, long dream for all Finnish people and us players, and now it has finally been achieved, so this is an indescribable feeling. - Teemu Pukki, Huuhkaja TV

This Finland squad is workmanlike, rather than high quality, and as you might expect the threat of putting the ball in the net falls squarely at the feet of Teemu Pukki, the prolific Norwich City striker.

Otherwise, the squad is made up of solid professionals plying their trade across Europe, and while they will give their all for the cause they simply lack the class to give Belgium any headaches here.

While the odds aren’t the greatest, there’s nothing we can offer up here other than a Belgian win in our Belgium vs Finland betting tips.

They don’t concede many goals, have players all over the pitch that can score, and they will surely have too much power for Finland, who will be game opponents but perhaps lacking in the class to really provide too much of a challenge.

If you want to try and improve your odds, one of the options we like here is Belgium with a -1 goal handicap. That means that they need to win by two clear goals for our bet to land, but that seems fair enough. Ten of Finland’s sixteen goals in qualifying were scored by Pukki too, so if the Belgians can keep him quiet they are likely to keep a clean sheet too.

If you are lucky enough to live in a country that is offering Euro 2021 on free-to-air TV, then the good news is that you will be able to watch this game at your own leisure.

However, if that’s not the case in your location then you will have to be a bit creative in watching a Finland vs Belgium live stream.

You can try try a bookmaker that has a live streaming channel because they might just be showing the action live. Bookies with a live stream include 1XBET, bet365 and Unibet. 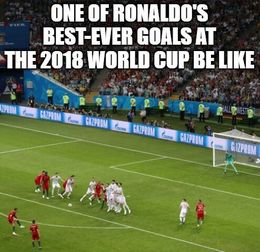 Load more fun
Articles
Play responsibly
Didn't find what you were looking for? Try our lucky star.
Finland vs Belgium