In the group stages of major competitions, it is a widely held belief that the second set of matches is the most important.

Victory can propel you into the reckoning for a place in the knockout phase of the competition, while defeat can all but end your hopes of progression.

Looking at Group B of Euro 2020, you’d be inclined to agree with that assertion. Belgium, who are the red-hot favourites to progress, face a Denmark side who are many pundits’ fancy for second place in the group.

However, victory for either Russia or Finland in this second Group B fixture will go a long way towards deciding the final shake-up.

It is the Russians who will enjoy ‘home’ advantage given that this June 17 fixture will take place in Saint Petersburg, and given how well they played on their own turf in World Cup 2018 they have to be respected here.

But if qualification is to go by the visitors will prove to be no pushovers, and so the scene is set rather nicely for us to take a look at the two teams in our Russia vs Finland preview.

Who will claim the all-important three points?

Given that they have enjoyed playing major competition football in front of their own supporters before, it’s no great surprise to see the Russians installed as the favourites in the Russia vs Finland betting odds at a price of 1.7.

That makes Finland an interesting underdog at odds of 6.1, while the draw can be backed at 3.5.

Two years is a long time in football, but many of the Russian players who performed so admirably in the World Cup on home soil will be back for another shot at glory at Euro 2020.

They qualified automatically for that tournament as the host nation, but they had to go about things the hard way to make it to the European Championships – winning eight of their ten qualification matches.

Ironically, their two defeats came at the hands of Belgium, their Group B nemesis.

Otherwise, they were impressive in what was a pretty straightforward qualifier group. That said, it’s no mean feat to keep four clean sheets in five games on home soil, and to return a goal difference of +25 from ten matches is also an excellent effort.

This is a team with no airs and graces and no real superstars; just decent, hard working footballers who are able to perform to a level greater than the sum of their parts – especially when playing in Russia.

Bet on your favourite at Bet365

Finland have an almighty task on their hands here then, but at least they too can take some heart from a successful qualification campaign.

While Russia are a ‘team’ in every sense of the word, you suspect that Finland’s hopes largely rest on the shoulders of Teemu Pukki, who bludgeoned ten goals in qualifying and who has also been in excellent scoring form for Norwich in the English Premier League.

As far as our Russia vs Finland predictions are concerned, if the Russians can stop Pukki then they should win this game with ease.

While not an open-and shut case, we do expect Russia to sneak a win from this game.

They have more recent big tournament experience than Finland, and they arguably have more quality than their opponents – who will be almost exclusively reliant on Pukki for goals. He netted 10 of their tally of 16 in qualifying.

So, as far making Russia vs Finland betting tips goes, we have to be supporting the home team with our wagers.

That said, we don’t expect there to be a glut of goals in this one. Russia don’t concede many in front of their own supporters, while for Finland it’s almost a case of Pukki or nothing as far as finding the net is concerned.

As such, our second betting tip for this match is to back the Under 2.5 Goals line at 1.7.

All countries playing in Euro 2020 have their own broadcasting rules, so you should check your local listings if you want to watch this game unfold.

Of course, there will be plenty of options available when it comes to watching a Russia vs Finland live stream, including – perhaps – via your bookmakers’ streaming channel. Check their schedule for more details. 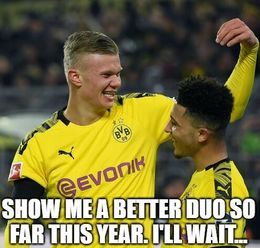