Already available Germany vs Hungary betting odds favour the former at 1.13. However a lot of football fans ask themselves a question: What has happened to the German national team of late? Having qualified for Euro 2021 in decent fashion, they have since lost to minnows North Macedonia and were trounced 0-6 by Spain. So are they vulnerable? In our Germany vs Hungary betting predictions, we will explore whether these perennial champions are under serious threat.

Given their success rate at international tournaments over the past few decades, it’s little surprise that Germany feature so readily in the Euro 2020 betting tips of many analysts.

But do their results and performances warrant that? They were dumped out of the World Cup in 2018 at the group stage, and they did poorly in the Nations League too. The only silver lining for them is that they qualified for this tournament in strong style, however they benefitted from a relatively easy group along the way.

They have been at their most vulnerable against high quality opposition, and it would be something of a push to suggest that Hungary can be put into that camp.

They achieved the incredible feat of finishing fourth in their Euro 2021 qualifying group and still making it through to the tournament, and four defeats from eight games and a negative goal difference suggests they were rather fortunate to make it to Euro 2021.

So Germany ought really to win this game with ease, but will they do so? That’s the question for our Germany vs Hungary preview.

At 8.00, Germany can’t be considered a favourite in the Euro 2021 betting odds, however they are clearly amongst a group of the more fancied teams.

To justify that price, they will certainly need to improve this summer, and that starts with defeating Hungary and qualifying from a tough bracket that also includes France and Portugal.

In the Germany vs Hungary betting odds, the Germans have been made the clear favourites by the market at a price of 1.13 with the Hungarians backable at a lengthy 28 and the draw at 10.

Place a bet at William Hill!

The root cause of Germany’s woes is hard to fathom when you look at the players they have available to them.

Manuel Neuer is, for many, the best goalkeeper in the world, and in front of him a midfield containing Joshua Kimmich, Ilkay Gundogan and Leon Goretzka has to be respected.

Serge Gnabry and Timo Werner have goals in them too, however there is a clear lack of a proven marksman in attack and defensively this is not a vintage Germany team by any means.

In hindsight, maybe their struggles are not that much of a surprise after all!

Even so, before we start jumping on an anti-German bandwagon in our Germany vs Hungary predictions, we really ought to consider what the Hungarians are bringing to the table.

And the answer is….not a lot, in truth. Their key men, Peter Gulacsi and Willi Orban, no better plenty about the Germans already given that they play for RB Leipzig, but otherwise they are not blessed with a huge amount of quality.

And yet they just about get by. Victories over Croatia and Wales helped them get into the play-offs, where they disposed of Bulgaria and Iceland, and since then they have disposed of Turkey and drawn with Poland too.

So, in that sense, Hungary don’t have the household names of Germany, and yet they still have a knack for getting results.

And so we’re in something of a quandary with our Germany vs Hungary betting picks!

Actually picking a winner in our Germany vs Hungary betting tips is difficult. We know that Germany should win, we know that they probably will win, and yet there is enough doubt there for us to swerve the outright market altogether.

Instead, let’s focus on another potential area for profit in our Hungary vs Germany betting tips – both teams to score.

We have to focus on what's really important - and that's the Euros. It's a strong group with strong opponents. We only have finals. We're all up for it! - Manuel Neuer, FC Bayern official website

Given the attacking quality in their camp, it seems a given that the Germans will find the net at least once. And yet we can give Hungary a chance of scoring too. We’ve already mentioned the Germans’ relative frailties in defence, and yet the Hungarians have scored in nine of their last ten internationals – two or more in seven of those – and so they are relatively dangerous in their own right.

This should be an entertaining game to watch, and so sourcing a Germany vs Hungary live stream seems like a good idea!

You will know where to watch Germany vs Hungary based upon your normal TV broadcaster – they will have the rights to show this game in your country.

If you want an alternative option, there may just be Germany vs Hungary live streaming available at bookmakers such as bet365 and Unibet – free of charge, too. So check Germany vs Hungary betting odds, place a bet and enjoy the match! 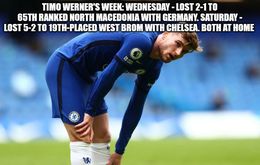 Load more fun
Articles
Play responsibly
Didn't find what you were looking for? Try our lucky star.
Germany vs Hungary