The 2020 Ballon d’Or ceremony may have been cancelled due to the pandemic, but on the 29th of November one of the most prestigious awards in football will return and according to the Golden Ball 2021 betting odds and alleged leaks, a familiar face is the favourite to get his hands on the trophy….

Robert Lewandowski, who has been 'leaked' as the winner of this year's Ballon d'Or winner some time ago, won the FIFA Best Player award at the end of 2020, and he probably would have won the previous Golden Ball too if the ceremony hadn’t been cancelled. With an astonishing 41 goals to his name in 2020-21 season, it’s easy to see why.

The Pole, who is currently the second in line to be the winner, according to the Golden Ball odds, is priced at 3.00 according to Unibet odds. He is just one step behind Messi, who, despite Barcelona not having the best of seasons in 2020/21, managed to bag himself 35 goals in all competitions and confirm his status as one of the best in the business. Messi is the 1.35 with the bookies to win the Golden Ball.

But there are some other interesting contenders in the Golden Ball 2021 betting including Kamir Benzema at 41.00 and Jorginho, who enjoyed a phenomenal season in which he claimed the Euro 2020 and Champions League titles with Italy and Chelsea, priced also at 41.00.

There are plenty of other contenders in the Ballon d'Or winner 2021 odds, so let’s see if we can uncover the best of the betting value in this preview.

For many years, the Ballon d’Or was the sole preserve of attacking players – those who really catch the eye with their goals and assists.

Robert Lewandowski, being the unstoppable striker of Bayern and Polish national team, has shown his precision and skills on many occasions in the past seasons. No wonder he is one of the bookies favourites, especially taking into consideration the leaked, yet not officially confirmed, document presenting the final ranking of the best footballers competing for this prestigeous award.

In the past ten years, Messi has won the Golden Ball five times and Cristiano Ronaldo on four occasions….nothing surprising there.

But there was a Golden Ball outright betting surprise in 2018 when Luka Modric lifted the trophy. He is a fine player, of course, but he doesn’t have the goal threat of a Messi or a Ronaldo, and often his best work goes unnoticed.And then, in 2019, Virgil van Dijk finished second behind Messi but by just seven votes, and that goes to show how the award has changed to include other players and not just the Golden Ball favourites.

The best odds for the Ballon d'Or 2021 winner are available on William Hill!

It generally helps if you have been part of a team that has won something, and for that reason Messi’s position at the top of the Golden Ball betting odds could have been questioned….until Argentina won Copa America, that is.

That’s the reason why other quality operators such as N’Golo Kante and Kevin de Bruyne have slipped down the Ballon d'Or 2021 odds. Yes, they won the Champions League and Premier League respectively in the 2020/21 season, but they needed France or Belgium to go on and win Euro 2020 if they were to have a realistic chance of lifting the Golden Ball. You can always share your predictions and join our Premier League tipsters competition.

As we know, the history books tell us that the identity of who will win 2021 Ballon d'Or award will be a player that has won a significant trophy in the previous 12 months. And so our Golden Ball bet tips have to focus on those individuals, which would mean that other contenders such as Harry Kane, Cristiano Ronaldo and Kylian Mbappe can be ignored.

If I had to choose myself personally, I'm going to look at a two-year period, because we didn't have anyone [last year], I'd choose Lewandowski for what he has done in the last two years - goalscoring wise, and also he's won a lot with Bayern. He would be my pick. - Kevin De Bruyne, Bundesliga official website

Usually, the award goes to a player that has enjoyed international or continental success – unless they have achieved remarkable feats of goalscoring like Messi and Lewandowski in recent years. That is reflected in the Ballon d'Or odds, of course, and so the question remains: will we back Messi to lift the trophy again, or can one of the other main contenders cause a huge shock?

According to the leaked document, this year, it is Robert Lewandowski who is going to win the Golden Ball. His exeptional performance in Bundesliga was appreciated before the previous edition of Ballon d'Or too and he was said to be one of the favourites to get the title. Will he, indeed, become the Golden Ball 2021 winner? Odds seem to confirm that it is highly probable, however he competes with other first-class players, so anything can happen.

It’s Messi who is the second favourite and because Barcelona didn’t win anything last season it’s easy to forget his achievements.But 35 goals in a campaign is elite-level stuff, and the fact that he captained Argentina to Copa America glory is enough for Messi to take his place amongst the Ballon d'Or 2021 winner favourites.

It’s perhaps just circumstance that Jorginho finds himself in top ten candidates in the Ballon d’Or player of the year betting odds. Yes, he was a dual European Championship and Champions League winner, but the midfielder is a fairly innocuous presence in the Italy and Chelsea teams – an excellent passer of the ball he may be, but Jorginho does not scream Golden Ball winner. Remember that if you are looking for best correct score betting tips, you can read about it in another article.

Use our predictions for the winner of the Ballon d'Or 2021 and place your bet on Unibet!

At a super-low price of 1.35, the bookmakers have made it clear in their golden ball 2021 odds – they think that Messi will be crowned the winner by some margin. However, Lewandowski, priced at 3.00, is right behind him.

But you can also back Benzema, de Bruyne and Jorginho to be the 2021 Ballon d'Or award winner - all former being available at 41.00, while the latter at 76.00 and it’s not impossible that will happen.

Golden Ball is one of the most prestigious awards in the football world, so everyone wants to catch this ceremony live. Fortunately, you may be able to find Golden Ball 2021 live stream thanks to our most recommended sports betting brands such as Bet365, William Hill, 1XBET, and Unibet. Simply register there and check whether they offer Ballon d'Or 2021 live transmission on their platforms. Don't forget to use our links and promo codes during opening your account, so you can get great bonus offers and promotions to fully enjoy the best Golden Ball awards betting odds.

You can easily bet on the Ballon d’Or, with a number of bookmakers including William Hill and Unibet offering odds.

Answering the question who is the favourite in betting to win the Golden Ball is easy: Robert Lewandowski, as suggesteed by recently leaked document, or Lionel Messi, the five-time winner of the trophy.

There are a number of candidates to win the Ballon d’Or 2021, with Cope America champion Messi and 41-goal (in the previous season) Bayern striker Robert Lewandowski being the main candidates. They are both so short in the Golden Ball 2021 betting odds for good reasons… 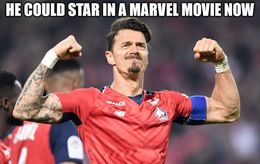