Euro 2020 will kick off with a bang on June 11 when Italy welcome Turkey to the Stadio Olimpico in Rome to open up Group A, so its time to reveal our Italy vs Turkey predictions and take into consideration odds, which currently favour the home team at 1.50.

Both teams qualified for the finals with consummate ease, losing just one game between them, and having missed the World Cup in Russia back in 2018 both will be looking to make up for lost time on the big stage.

With a pair of legends in the head coach position – Roberto Mancini for Italy, Senol Gunes for Turkey – the mood is high in both camps, so who will kick off their European Championship campaign in fine style here?

Let’s find out in our Italy vs Turkey preview.

The bookmakers have released their Turkey vs Italy betting odds, and they have the ‘home’ team down as a warm favourite here.

Bettors can back Italy at odds of 1.50, with Turkey the underdog on away soil at a price of 7.50.

Will fans help Italy win against Turkey? Bet at Bet365!

The structure of Euro 2020 is interesting because it gives some nations the advantage of playing in front of their own supporters.

Ultimately, that could make all the difference and you can certainly see why Italy have been made favourites for this one.

Historically, the European Championship is not a good tournament for them: they’ve not won it since 1968, and lost in the final twice since.

And, to be honest, Mancini is currently overseeing an evolution for the Italian national side, so they’re not expected to end that run in 2020.

That said, this is a younger Italy side featuring an array of young talents. Andrea Belotti, Nicolo Barella and Federico Chiesa might not be household names yet, but this tournament could give them the platform they need to thrive alongside more established players like Leonardo Bonucci, Jorginho and Marco Verratti.

Italy won all ten of their qualifiers with a goal difference of +33, and that confidence will stand them in good stead heading into Euro 2020.

I know Turkish football well and the spirit they have. When I said that our group at the Euros was not easy, I meant it, as Turkey, Switzerland and even Wales are tough to face. They might not be the top level teams like France, Belgium, Germany or Holland, but they can still cause us a lot of problems. - Roberto Mancini, Football Italia

The good times appear to be on the way back for Turkey too. Gunes took them to the semi-finals of the World Cup in 2002, you may recall, and six years later they showed their penchant for big tournament football by reaching the last four of Euro 2008.

Like Mancini, the Turkey head coach has also been determined to blood new talent, and throughout their qualification campaign the average age of their starting eleven was 25 or younger.

The brashness of youth paid dividends for the Turks: they only lost one game in qualifying, conceding just three goals in their ten games. They took four points off France too, which just goes to show how confident they are.

So the Euro 2020 opener will see two young teams that are raring to go on the big stage, and given how well they have qualified we don’t expect either to freeze in front of the worldwide audience on June 11. All this makes Turkey vs Italy predictions pretty difficult to make.

William Hill has a fantastic betting offer for Euro 2020 matches. Check it out today!

Tactically flexible, well organised and with a clear identity: there are plenty of similarities between Italy and Turkey.

In 20 combined qualification matches they conceded just seven goals between them, and that helps to explain how both head coaches like to go about their business.What’s more, neither team has what we might call an out-and-out goalscorer leading their line, and so our Italy vs Turkey betting tips are leaning towards a low-scoring contest.

Indeed, a quick look at the betting odds for this match reveals that bettors can access odds of 1.72 for the Under 2.5 Goals line, and that really is excellent value: neither team here will want to give an inch with the first game of the group phase so important.

Ultimately, we do believe that Italy have a little bit more quality to call upon in their squad, and with a packed Stadio Olimpico cheering them on they should just about get the win.

Of course you want to watch the first match of Euro 2020, there will be tens of millions of people doing exactly the same.

In the UK, this match will be broadcast live on the BBC, while across Europe you may be able to catch the action on your TV too depending on the broadcast rules there.

Alternatively, keep your eyes peeled for the Turkey vs Italy live stream. We expect some bookmakers to be showing live footage of this game on their website ad app, like for example 1XBET, so you can both make use of our Italy vs Turkey predictions, placing a bet, and enjoy the action on your laptop, smartphone or tablet! 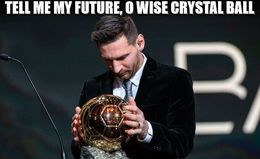 Load more fun
Articles
Play responsibly
Didn't find what you were looking for? Try our lucky star.
Italy vs Turkey