We selected for you some of the finest Joshua vs Usyk betting odds for the fight that's going to be one of the most exciting boxing duels this autumn. The closer we get to this fight, the more excited boxing fans become. Why? Scheduled for the 25th of September at Tottenham Hotspur Stadium in London, this heavyweight fight has everything to be a great one and the winner takes no less than four belts as the WBA (Super), IBF, WBO, and IBO titles are at stake. The betting odds for Joshua vs Usyk fight have the former as a favourite at around 1.40.

Recent months have shown us that in the fighting world nothing should be taken for granted and there is also a big room for surprises and unexpected results. However, is it really possible for Usyk to win against such a strong opponent? Keep reading to find the best Usyk vs Joshua predictions as well as free options for Anthony Joshua vs Oleksandr Usyk online broadcast.

Because of COVID spreading all over the world, both Anthony Joshua and Oleksandr Usyk didn't have many opportunities to fight since the beginning of 2020. Joshua had only one duel – in December he defeated Kubrat Pulev by knockout, defending his WBA (Super), IBF, WBO, and IBO titles. A little bit earlier, in October, Usyk won a unanimous victory over Derek Chisora. After being given the WBO Inter-Continental belt, he clearly stated that for the next opponent he wanted Joshua. Now he has what he wanted.

Register at Bet365 to find the best odds for Joshua vs Usyk fight!

However, their upcoming fight wouldn't have been possible if Joshua had reached an agreement with Tyson Fury. Both boxers were really close to signing a contract for a so-called “the greatest fight in boxing and one of the biggest events in the sporting world”, but eventually, the deal fell apart and both Joshua and Fury had to arrange separate fights with other opponents. There is a chance that once they win their upcoming fights, they'll once more try to schedule their fight. Read on for more Anthony Joshua vs Oleksandr Usyk tips and predictions alongside the details of where to watch Joshua vs Usyk.

Let's start with the best Usyk vs Joshua betting predictions. Although both Joshua and Usyk are great boxers, it's the Englishman who is seen as a favourite here. His professional boxing record is more than impressive – he won 24 out of 25 fights with 22 of them having been won by knockout. His only loss was at the beginning of 2019 when he was defeated by Andy Ruiz Jr – however, less than twelve months later he won in a rematch, taking back four heavyweight titles which he's got to this day. That's pretty impressive, right?

I’ve looked at Usyk's fights with Tony Bellew and Dereck Chisora. He’s done well at heavyweight. The two intros at heavyweight for him were good opponents to pick. Credit to him But this is heavyweight boxing and I’m the heavyweight champion of the world. I don’t play games. I’m here to win. - Anthony Joshua in an interview before the fight, the Telegraph

During his professional career he also defeated such great boxers as Alexander Povetkin, Wladimir Klitschko, and Dillian Whyte. Thus, there's no surprise he's a clear Joshua vs Usyk favourite with Bet365 and 1XBET. Nevertheless, pressure here is very high and remember that there are four heavyweight belts at stake:

Therefore, it would be foolish to write Usyk off. His boxing record is even better as he's yet to lose a professional fight. He has 18 wins in 18 fights with 13 of them by knockout. The only thing that may be problematic is the fact that for most of his professional career he fought in the cruiserweight. He moved to the heavyweight as late as October 2019 and he's managed to have only two fights against Chazz Witherspoon and Derek Chisora. This isn't enough experience to be confident, especially against a great fighter that Joshua definitely is.

Go to Unibet where you can find great betting odds for Usyk vs Joshua fight!

Of course, Usyk was one of the best cruiserweight boxers ever, at one point being even an undisputed champion, but heavyweight boxing is a totally different story. It's understandable that bookmakers such as William Hill and Unibet have them as a Usyk vs Joshua outsider. The circumstances aren't on his side, but who knows what will happen in London? Continue reading to reveal the best Oleksandr Usyk vs Anthony Joshua odds. Don't forget to follow our latest sure betting tips and predictions available in the related article.

Who will be the Joshua vs Usyk winner? Well, the Joshua vs Usyk odds leave almost no doubt it will be Joshua, mainly because he's taller, stronger, and more experienced in heavyweight boxing. Although Usyk is determined to win and will surely do everything to defeat the Englishman, it's rather hard to believe that the current heavyweight champion will let him win, especially on his soil. It's reflected in the ante-post boxing betting odds for Joshua vs Usyk available online.

So what are the best Anthony Joshua vs Oleksandr Usyk ante-post odds? First of all, there are some great odds at Bet365 for the fight not going the distance. This results in a very attractive price for Joshua's win by knockout or, technical knockout or disqualification. You can back such a result at 1XBET or William Hill as well. And if you want to place a risky bet, it would be best to back Usyk's victory by decision or technical decision at big odds with Unibet as we don't expect the Ukrainian boxer to be able to knock out Joshua. Remember that if you like predicting results, you can always join our 1x2 tipster competition with cash prizes. And here's the summary of the best Joshua vs Usyk betting odds:

Fans located in the United Kingdom can watch this fight on Sky Sports Box Office through a pay-per-view system. People living outside the UK can catch the fight on DAZN. However, if you don't have access to these channels, don't worry as there may be free Joshua vs Usyk live stream options available online. Just read what they are below.

Well, you basically ave to check whether our most recommended sports betting brands such as Bet365, 1XBET, William Hill, and Unibet, offer Oleksandr Usyk vs Anthony Joshua live transmission on their websites. Just register there and once your account is ready, look for Usyk vs Joshua broadcast. This way you can watch the fight and place bets live at the best Joshua vs Usyk betting odds.

5.1 🥊 What are the Joshua vs Usyk betting odds?

According to bookmakers, it's Anthony Joshua who is a favourite to win this fight, priced at about 1.40. Oleksandr Usyk is seen as an outsider available at about 3.00.

If you don't have access to Sky Sports Box Office and DAZN, we advise you to check whether 1XBET and Unibet offer free live streaming for this fight on their platforms.

If you want to back your favourite at the very best Joshua vs Usyk betting odds, we recommend you going to Bet365, William Hill, Unibet, or 1XBET as these sportsbook brands have the best betting odds for boxing. 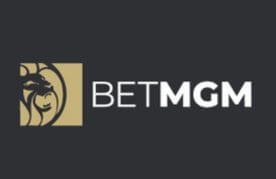 Ava Bryan1 about 1 year ago
Usyk is a great boxer but he came to the heavyweight too late... He's just not experienced enough to beat Joshua.
Show all comments
Recommended Bonus Codes Load more fun
Play responsibly 18+
Didn't find what you were looking for? Try our lucky star.
Joshua vs Usyk