The final round of matches in European Championship qualifying Group A take place on the 17th of November. There are 2 games in the group, one of which features two of the top 3 teams as Kosovo welcome England to the Fadil Vokrri Stadium, in Pristina. The small stadium is sure to create a great atmosphere for this game, in what will be one of the biggest home matches in the short history of the Kosovo national team.

Ask this match approaches kick off, we will know what both teams need to do in order to seal their place in the 2020 European Championship. It is likely England will have already booked their place in the finals so will not need to win this game. However, Kosovo will most likely have to win this match if they want to finish in 2nd place and create history by qualifying.

Much will depend on what happens in the game between Czech Republic and Kosovo on the 14th of November. If Kosovo can take something from that match, they will still be in with a shout of qualifying by winning this game.

Despite being the away team England are going to come into this match as the favourites to take maximum points. Having played Montenegro at home prior to this game, England will have secured their place at the 2020 European Championship and therefore the pressure will be off for the visitors. This may or may not work in their favour but Gareth Southgate is sure to send his team out to finish the qualifying campaign on a high.

Having already lost away to Czech Republic, England will not want to finish this campaign with another defeat away from home and are sure to be fired up to get the win. The Kosovo vs England betting odds have the away team as favourites priced at 4/6.

England have won only 2 of their last 4 away competitive matches so there may be a little doubt whether they can get the job done in Kosovo. However, if they play to their potential, they should have too much quality for their opponents.

How Kosovo come into this game will depend on their previous result away to Czech Republic. If Kosovo win that match, their fate will be in their own hands and they will know a win will take them through to the 2020 European Championship. Even if they draw in the Czech Republic, they will still have a chance of going through if they can win this game.

Kosovo have lost just one of their last 18 games including friendly matches but that one defeat did come away to England in this group. However, they are undefeated in their last 11 home games and have won 9 of those matches. Kosovo have won each of their three home matches in this group beating Bulgaria, Czech Republic and Montenegro.

Expect the home crowd to get behind their team as they push for what would be a famous win against England. Not many Kosovo vs England previews will be backing the hosts to win the match but they are available at 4/1. The draw is also on offer at 11/4.

Continue below for more Kosovo vs England betting tips .

Kosovo showed in the away match against England in this group they are not afraid to attack teams and are sure to play on the front foot in this home game against the Three Lions. They have scored at least 1 goal in each of their last 11 home games and will want to continue that run by scoring goals in this match.

However, England have been scoring plenty of goals in this group and have scored in each of their previous 3 away games in Group A. This suggests we could see a lot of goalmouth action in this match and you come back over 3.5 goals.

In addition, it is likely both teams will find the back of the net in this game but with a much stronger team on paper, expect to see England come away with maximum points to end their qualifying campaign in style.

When you have all of your Euro 2020 qualifying betting predictions figured out, you can check where you can watch all of the matches.

Usually, you can do it at 1XBET. They have a pretty big live stream offer, so we hope that this time they will also have this match in their stream schedule. All you have to do is register 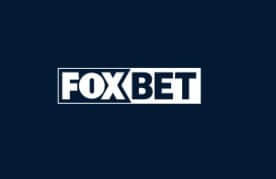 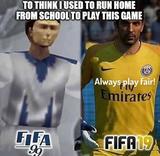 Load more fun
Play responsibly
Didn't find what you were looking for? Try our lucky star.
Kosovo vs England