As we approach one of the most interesting boxing events of the upcoming year, there is a lot of activity in the betting shops regarding the outcome of the Mayweather vs. Paul PPV fight. Floyd Mayweather is an undefeated champion who famously came out of retirement once to face MMA star Connor McGregor, and now he will enter the ring again to face a YouTube personality Logan Paul. Of course, Mayweather is an overwhelming favorite to win, with Mayweather vs Paul betting odds looking terribly one-sided right now at 50/1 for the former champ and 1/30 bets available for the social media star to win.

In this fight preview, we will sum up the boxing careers of both fighters and present the prevailing Mayweather vs. Logan Paul predictions commonly found on betting sites. Here is everything you need to know about this unusual and entertaining sports event.

This exhibition match was scheduled for February 21st 2021 but had to be postponed to a later, currently un known date. However, this bout will draw huge media attention due to the global stature of both participants. Of course, it was mildly surprising that Logan Paul vs. Floyd Mayweather date was at first finalized so quickly, since there is an obvious skill gap between those opponents. Mayweather may be the best pound-for-pound fighter in boxing history and has a clean professional record with 50 victories without a single defeat. On the other hand, Paul is famous for making YouTube clips and only took up boxing recently, losing his debut to fellow YouTuber named KSI in 2019. Despite the age gap – Paul is 18 years younger than the retired Mayweather, it’s still very hard to imagine how this can be a competitive bout.

Due to popularity of both boxers and the unique nature of the event, major bookmaking websites are already offering the possibility to bet on the outcome of this match. As we mentioned earlier, so far the odds are dramatically tilted towards Mayweather to the point where making a profit by backing the favorite is very difficult. Right now, Logan Paul vs. Floyd Mayweather betting odds range from 1/50 to 1/100 on the undefeated champion, and fluctuate between 20/1 and 30/1 for the popular YouTube star. That implies the bookmakers believe that the chances of an upset in the Mayweather vs. Paul fight are less than 5% and maybe even under 1%.

Check out the boxing betting offer at bet365!

While a lot of time remains until the match which date is still unknown, it’s not too early to try making accurate Mayweather vs. Logan Paul predictions . Assuming that Mayweather is reasonably healthy and in decent shape, it’s highly likely that he will emerge from the match unscathed due to his superb defensive technique that much superior punchers could never overcome. In short, Logan Paul will need a miracle to win this showdown and he probably doesn’t even expect anything more than holding his own for a few rounds. Mayweather was never known as overly aggressive fighter and probably won’t rush the spectacle, but betting against him in any way or form would be totally misguided. Despite his retired status, he should have little trouble subduing the inexperienced Paul at his discretion.

A single glance at Floyd Mayweather vs. Logan Paul stats gives you a clear idea who is favored to win this match. After a flawless professional career, Mayweather simply can’t let an exhibition match stain his record. That’s why the most interesting Mayweather vs. Paul betting tips are concerned more with duration of the match and manner of victory than the name of the winner. Some smart bets might include guessing how many rounds the match lasts or whether Paul will eventually be knocked down or lose on points. While all Logan Paul vs. Mayweather tips warn against betting on the underdog, it’s conceivable the match could end in a draw and a bet of this nature is available at solid 16/1 odds.

These YouTube girls better find some Barbie dolls to play with cause I’m not the one for the kid games. - Floyd Mayweather, The Independent

While the quality of the competition may be dubious, there is no shortage of interest in Logan Paul vs. Floyd Mayweather PPV broadcast. The match will be streamed through Fanmio Boxing and currently costs $25 to purchase, although the price is expected to rise sharply as the date comes closer. Watching the Mayweather vs Logan Paul live stream can be fun if you also place a bet on this match, but you must not forget the true nature of this contest. This is primarily a publicity stunt and it would be naïve to expect peak Mayweather to show up or Paul to suddenly become a competent pugilist. The match will have a few intriguing moments but sooner or later the inevitable will happen and the legendary champion will find a way to prove the Mayweather vs Paul betting odds right and end the duel in his favor. 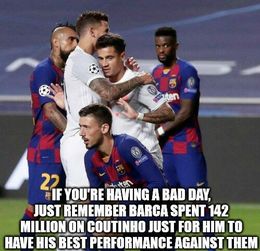