In our examination of the McGregor vs Poirier betting odds we will aim to find out whether this contest will end the same way as the previous one. With Khabib Nurmagomedov now officially retired from the UFC, fight fans were left speculating on what it would take for Conor McGregor to end his own hiatus from MMA. And it didn’t take long to find out – the Irishman has revealed he will take on Dustin Poirier in a rematch of their original 2014 bout.

It’s official: the McGregor vs Poirier rematch will headline UFC 257 on January 23, and thoughts immediately turn to their original fight in which the Irishman triumphed by a first-round stoppage. Since then, the Notorious One has dabbled in boxing with an exhibition bout against Floyd Mayweather, but more pertinently he has tasted defeat twice in the Octagon – to Khabib and in a slugfest with Nate Diaz.

I was emotional in the first one. I wanted to hurt the guy. This time I just want to outsmart him, just want to beat him. This is business. This isn't any ill will towards the guy. This is about moving my career forward, about putting my family in a better spot. It's not trying to get back a guy who got me. This is just business. - Dustin Poirier before the rematch, Daily Mail

And as for Poirier, you could argue that he is a better fighter now than the last time he locked horns with McGregor. Since the start of 2018, he has defeated the outstanding Justin Gaethje, ended Max Holloway’s five-year unbeaten streak and downed former UFC lightweight champion Eddie Alvarez. His only defeat? That came to Khabib himself.

Anyone thinking that the Conor McGregor vs Dustin Poirier 2 fight predictions will be a foregone conclusion based on what happened in the first fight could be sadly mistaken; Poirier is a much better fighter these days. But does he have what it takes to defeat the Irishman? In this McGregor vs Poirier fight preview we’ll do our best to unravel the answer.

The bookmakers have revealed their McGregor vs Poirier fight odds, and we think they have just got it slightly wrong. For reasons we will explain later in this preview of Conor McGregor vs Dustin Poirier 2, Poirier is much more than just a chancer or an underdog, and his price is very generous indeed. Otherwise, in the odds for McGregor vs Poirier 2 you can wager on the Irishman as a strong favourite to win this fight by any means.

Check Bet365 for the best odds for McGregor vs Poirier rematch fight!

When the news was broken about this fight, it was confirmed that it will take place at the lightweight limit of 155lbs. And that is what makes this encounter so interesting. McGregor has been campaigning in the welterweight division in his most recent outings, and his last fight at the lightweight limit saw him look drained and powerless as he was dismantled by Khabib. See, that’s why you shouldn’t be so hasty with your McGregor vs Poirier betting predictions!

It gets harder and harder to make weight as you get older and spend more time inactive, and if McGregor is planning on making a more concerted comeback in UFC then he is taking a risk by campaigning at lightweight. Poirier, meanwhile, is the naturally smaller guy, and he will have no problems getting himself into perfect condition for this scrap.

McGregor is a hard striker at this level, and he will have little to worry about Poirier as far as submissions are concerned – mat skills are not the underdog’s forte. Our predictions for Conor McGregor vs Dustin Poirier 2 are that this contest will turn into a stand-up slugfest!

The truth is that this is a clever fight for McGregor. He knows he could have fought a bigger man for his comeback, which would have been dangerous, and instead he will take on a natural lightweight who has won less than half of his bouts by knockout.

McGregor is the heavier hitter, and he will weigh in at somewhere close to 155lbs – that will enable him to bully the smaller Poirier. He will head down his opponent at every turn, trying to corner him in the Octagon before unleashing his fearsome punches and knees.

If you still don't know whether to bet on McGregor or Poirier, check our tipsters' predictions!

So, our tips for McGregor vs Poirier 2 boil down to one question: can Poirier avoid being caught by one of McGregor’s big strikes? And how long can he survive? It may take a while to catch him, and so our Conor McGregor vs Dustin Poirier betting tips expect a slow start from the Irishman, but in the end we expect McGregor to land that all-important power strike that ends the fight as a KO victory. 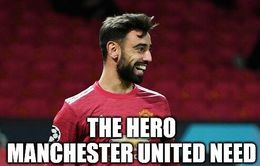