The big news in the world of football this week is the announcement involving Lionel Messi. It is believed the Argentina international sent a fax to Barcelona saying he wishes to exercise a clause in his contract to allow him to leave for free with immediate effect. However, the club appear ready to fight the request as they believe the clause has now expired. If that is the case, Messi is contracted to the club until 2021 and any interested club must meet a 700m euro buy-out clause to obtain his services.

Fans have long asked the question, will Messi leave Barcelona? and it seems we now have the answer. The club suffered an embarrassing 8-2 defeat at the hands of Bayern Munich in the Champions League and perhaps this pushed Messi’s hand in terms of wanting to leave the Catalan giants. Now it appears we know the answer to the question, will Messi leave Barca?, Thoughts turn to Messi’s next club odds .

Will Messi go to Man City and reunite with former Barcelona manager Pep Guardiola? The pair tasted great success together at the Camp Nou and with David Silva leaving the Etihad Stadium this summer, now could be the perfect time for Messi to join Manchester City. The Lionel Messi next club betting odds have Man City at 4/6 with William Hill to obtain his services for the upcoming season.

3. Will Messi Go to Chelsea?

The favorites to sign Messi odds are Man City but will Messi go to Chelsea? . That seems highly unlikely at this stage and Chelsea have already been splashing the cash on players including Timo Werner and Hakim Ziyech. The special odds for Messi to leave Barcelona with William Hill have Chelsea out at 14/1 to sign the legendary forward.

Respect and admiration, Leo. All my support, friend. - Carles Puyol on Twitter

When discussing the Lionel Messi next club betting odds , you cannot rule out Champions League runners up Paris Saint-Germain. They have the opportunity to reunite Neymar and Messi, although it is unlikely the Brazilian would be overly keen on Messi’s arrival as it would overshadow his star status in the French capital. However, there is no doubt PSG have the finances to make a move happen and the Messi odds to leave Barcelona have PSG at 10/1 to be his next destination.

The Messi leaving Barcelona betting odds also feature Italian club, Inter Milan. They recently lost the Europa League final to Sevilla but Inter are a name who constantly crop up when big transfers are being discussed. There is currently uncertainty surrounding the future of manager Antonio Conte and it is unlikely Messi he is going to want to join a club where there could be plenty of upheaval. Nonetheless, Messi’s next club odds with William Hill have Inter Milan at just 4/1 to be his next club after the summer transfer window.

There are only two other European clubs in the Lionel Messi next club betting odds who have a decent chance of capturing his signature. They are Manchester United at 14/1 and Juventus at 16/1. However, we cannot rule out Messi returning home to Argentina. There is a possibility Messi could join Newell's Old Boys, the club he represented in his home country as a youngster. To do so, Messi would have to take a significant cut in his wages and therefore, Newell's Old Boys are out at 33/1 to be his next destination.

7. Will Messi Stay at Barca?

Finally, we cannot rule out the chance Messi will decide to remain at Barcelona. It does not look likely at the time of writing but 888Sport offer Evens for Messi to remain at the Camp Nou this season. 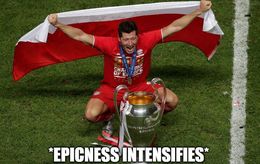