UFC 260 is scheduled to take place on March 27th in Las Vegas, USA, and MMA fans are looking forward this very interesting event, checking already available Miocic vs. Ngannou betting odds favouring the latter at 1.72 with Bet365. This title match in the heavyweight category between the current champion Stipe Miocic and Cameroon-born challenger Francis Ngannou is certainly considered as one of the several high quality fights. This is a much anticipated event that is drawing a lot of attention from people who actively follow the mixed martial arts scene, and there are a lot of speculations regarding Stipe Miocic vs. Francis Ngannou predictions . With this in mind, we prepared a detailed overview of the fight and the current movement of odds on major betting sites like Bet365 and Unibet.

Miocic vs. Ngannou fight will be a rematch, since the two fighters already squared off three years ago with a title on the line. As we all know, Miocic won the first duel, became a champion again, and still remains a formidable force even at the back end of his career, but this time around he may have a tougher time keeping the ferocious fighter at bay.

According to most observers, we can expect a closely fought affair, and it’s easy to envision either competitor triumphing in the end.

With Stipe Miocic vs. Francis Ngannou 2 date fast approaching, the level of excitement is understandably rising and expectations are high for an epic showdown between two worthy adversaries.

A quick analysis of UFC 260 betting odds reveals a surprising trend, as the defending champion isn’t favored to win the match. Despite the fact that he will be fighting in his home country and his impressive resume, 38-year old Miocic is considered a slight underdog against a four year younger and more agile opponent.

At the moment, Miocic vs. Ngannou 2 betting odds indicate that the challenger is given approximately 60% chance to win. Bets on Ngannou to win are available at 1.75 from Unibet, while Miocic is given 2.15 odds by the same betting website.

Still, it would be wise to keep following the odds carefully until Miocic vs. Ngannou fight starts, just in case there is some late movement.

Those two fighters know each other very well, so any Miocic vs. Ngannou II betting tips must start with the result of the first fight.

Miocic has already proven he can handle the hard-punching fighter from Cameroon, so the real question is whether he has lost a step over the last couple of years. He looked spry enough in his last title defense against Daniel Cormier, but Ngannou might present a different kind of challenge. To understand why, you need to take a careful look at the Miocic vs. Ngannou stats and realize that the challenger is coming into the fight on the wings of four straight victories by knockout in the first round. If Ngannou manages to start as vigorously in this match, he could easily become the next holder of the UFC heavyweight belt.

Francis is a super tough guy. He’s been knocking everyone out again and he’s on a tear, and unfortunately he’s going to have to fight me again. That’s the bad part. He’s definitely gotten better, but so have I. - Stipe Miocic about Francis Ngannou, MMA Junkie USA Today

Since there is no clear and overwhelming favorite in this match, you could make a solid case for several different types of bets.

Picking either fighter to win outright promises only limited returns, so instead of betting larger sums perhaps it makes sense to consider some more ambitious wagers. For example, it’s clear from Stipe Miocic vs. Francis Ngannou tips that the match could easily be decided by a single punch, perhaps in the early part. Guessing the number of rounds and the method of victory could boost the odds significantly, so if you manage to get this kind of a bet right you could make a nice profit.

There are countless possibilities and this time you may need to think beyond the UFC260 betting tips and follow a hunch in order to identify the winning bet.

Make use of UFC260 betting odds at Unibet!

As with most other high-profile UFC events, there is a high demand to watch live broadcast of the headline fight. Thanks to the pay per view model, it will be possible to watch this title fight live from anywhere in the world including the United States and Great Britain.

To watch Stipe Miocic vs. Francis Ngannou broadcast on ESPN+, viewers will have to pay more than $60. Considering what’s at stake and how interesting this fight promises to be, that’s not a huge cost and there will be countless fans happy to pay it.

Glenn88n 6 months ago
Miocic has already shown that he can beat Ngannou. He won’t give up the belt that easily.
Show all comments
Recommended Bonus Codes 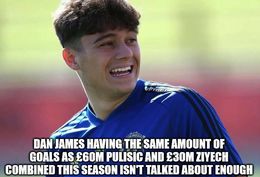