In Group C of Euro 2020, the Netherlands will be looking to book their place in the last 16 of the competition with victory over Austria in Amsterdam on June 17 and so the Netherlands vs Austria predictions, favouring the former at 1.45.

Despite a lengthy hiatus from major tournaments, this is the competition in which many pundits are predicting that this exciting young Dutch side will break out and go very far into it.

But they will be well advised not to look past Austria, who while not exactly the most dangerous side in the world still have some players that can hurt you if given the chance.

That said, we would expect Holland to really make their class count here in the Johan Cruyff Arena, and so the focus of this Netherlands vs Austria preview is working out how we can make their most of their supremacy from a betting perspective.

You really can’t fault the bookmakers here, who have made the ‘home’ team a strong favourite in their Austria vs Netherlands betting odds. So, you can back the Dutch at a price of 1.45.

Anyone who thinks that a giantkilling could be on the cards here can back Austria at big odds of 7.00, while the draw is available at 4.20.

Having reached the final of the Nations League in 2019, beating world champions France, Germany and England along the way, it became obvious that the Netherlands have come out of their dark patch under head coach Ronald Koeman.

They carried that momentum into qualifying for this tournament too, where a straightforward passage was confirmed and which included a fantastic 4-2 win over Germany on their own patch.

The Dutch are so close to being the complete team, and you sense they are a prolific goalscorer away from being among the very best in the world.

Without a recognised number nine, the pressure falls upon the likes of Gini Wijnaldum and Memphis Depay – injured for much of 2020 – to fire them to glory.

If you believe that Netherlands will win, back it up with your bet!

On the flipside, at least they have one of the most reliable rearguards in world football. Virgil van Dijk (currently still suffering from the injury), Stefan de Vrij and Matthijs de Ligt – it doesn’t get much better than that trio (with van Dijk still not confirmed as one of the Netherlands Euro representatives) in defence, and a clean sheet for the hosts forms the basis of our Netherlands vs Austria predictions.

I think it’s important for him [Van Dijk] to be calm, and to be able to recuperate from his injury without any pressure from us or from the country. He will decide if he will be at the Euros. If he’s there, he’s there. If he’s not there, other guys will have to fill his shoes. - Matthijs de Ligt about Virgil van Dijk, Team Talk

In front of them the likes of Frenkie de Jong and Kevin Strootman will protect the defence, and so we expect the Dutch to be really tricky to break down.

That could well lead to problems for Austria, who are not renowned for their goalscoring prowess and who didn’t really impress all that much in qualifying, where they lost against the likes of Latvia and Israel.

If you believe in Austria, you can bet their win at Bet365!

David Alaba, Marko Arnautovic and Marcel Sabitzer prove there is quality within the Austrian ranks, but in the end it will surely prove to be too little to overcome a rampant Netherlands outfit in front of their own supporters.

We’re expecting the Dutch to win this game: the key from a betting perspective is working out how we can make that count the most.

We’ve already established that we think that Holland will keep a clean sheet from this game and claim the victory, and so we have some excellent angles of attack to work with in our Austria vs Netherlands betting tips.

If you want to back the Dutch to win then that’s fine, but we can probably do better than that with a couple of other plays.

The more optimistic bettors can take Holland with a -1 goal handicap at odds of 2.30.

For all of the Euro 2020 matches, the rules regarding whether you can watch the game unfold will depend upon the country you live in and the broadcasting rights there.

However, help might just be at hand if you cannot access a free-to-air TV feed. Most bookmakers these days have a live streaming channel, so you can always try and watch a Austria vs Netherlands live stream – check their listings for more details. And once on the bookmaker's site, make sure to read carefully our Austria vs Netherlands predictions before placing a bet. 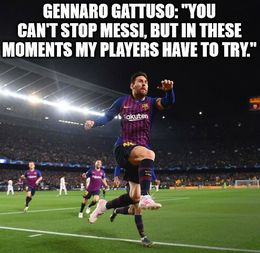 Load more fun
Articles
Play responsibly
Didn't find what you were looking for? Try our lucky star.
Netherlands vs Austria