We are excited to present our Portugal vs France predictions, taking into account available odds of 3.75 for the former and 2.15 for the latter. The reigning European champions vs the World Cup winners….it doesn’t get much better than that!

Of course, a lot of time has passed since Portugal won Euro 2016 on the back of yet another masterclass from Cristiano Ronaldo, and it feels like a long time ago since France lifted the Jules Rimet trophy in Russia back in 2018.

Much has changed in the world since, but what remains the same is that both of these teams will fancy their chances of going deep into Euro 2021 – however, the presence of Germany in Group F, who will be playing their games in Munich certainly won't make it easier for them to qualify.

Thus, this game – scheduled to be played in Budapest – is likely to be of the upmost importance.

These are two high quality teams, and any France vs Portugal predictions will focus on the fact that both sides have plenty of match winners in their ranks.

But who will ultimately prevail? Let’s see if we can find any betting value for you to exploit.

However, even with such France vs Portugal betting odds, it is not so easy to choose on who to bet on.

The Portuguese have an outstanding record in knockout football, having won Euro 2016 and also the UEFA Nations League of 2018/19.

Their poor showing at the World Cup came as something of a surprise then, and they will be looking to bounce back with a strong effort as they defend their European Championship trophy.

Portugal didn’t qualify all that impressively for this tournament either, dropping points to Ukraine and Serbia to finish second behind the Ukrainians in their group.

When it comes to their results in Euro 2020 so far, the defending champions have managed to win with Hungary (0-3) but lost with Germans (2-4), which makes them the second best team in Group F ex aequo with Germany (both teams have 3 points a the moment).

Are Portuguese too reliant on Ronaldo for goals? There are other capable players in this squad – Joao Felix, Goncalo Guedes and Bernardo Silva spring to mind, but a reliance on CR7 to come up with the goods on the big stage is a real factor given that he is 36 years old. Nevertheless, he certainly deserves to be enumerated among the players who may finish the 2020 / 2021 European Championship as top goalscorer.

Odds for Portugal vs France are be available at Bet365!

France won six of the seven matches they played at the World Cup and they were outstanding throughout, ending up worthy winners of the competition.

There was no drop-off in quality during their qualification campaign either, where they won eight of their games and only dropped points to Turkey.

The last game will be important. Maybe I will shake things up. A fresh pair of legs is sometimes an important element, and today, with the temperatures as high as they were, it was very difficult. Hungary were a little bit more dynamic than we were today, despite the conditions. - Didier Deschamps, France coach, on facing Portugal here on Wednesday, UEFA official website

Griezmann, Mbappe, Coman, Kante, Varane, Pogba….the list goes on, and this French squad is shaping up to be among the very best on the planet. If Didier Deschamps can get the best from his players once again, Les Bleus will take some stopping.

You sense that France are in a much stronger place than Portugal right now, and for that reason our France vs Portugal preview has to conclude that the French are ahead of the curve right now. It is also confirmed by their first position in Group F standings and in Euro 2020 final favourites betting odds.

France played seven games at World Cup 2018 and scored in six of those – including two or more in four outings.

The Portuguese have got quality going forward, and when you have Ronaldo in your team you always have a chance of nicking a goal or two.

For that reason, there is certainly some value in backing Both Teams to Score, but when we explore the 1-X-2 market, it is clear that France are much the better option than the Portuguese.

They tend to come to the party at major tournaments, and we expect nothing different from France at Euro 2021.

This should be a fantastic match to watch, and understandably many of our readers are wondering how they can enjoy a France vs Portugal live stream.

The hope is that in your country you can watch this match, for free, on your TV but we know that isn’t always the case.

Where this isn’t possible, seeking a live stream via your bookmakers’ website or app can be a smart way to go. The likes of Unibet and 1XBet have excellent live streaming channels, and we heartily recommend using our bonus codes to sign up for an account today so that you can enjoy a welcome bonus that boosts your bankroll. So go ahead, make use of our Portugal vs France predictions and get extra profits from your favourite bookmaker!

5.1 🏆Which team is the favourite according to Portugal vs France betting odds?

The odds for Portugal to win the match are 3.75.

5.3 📺 Where can I watch Portugal vs France online?

You can both use our Portugal vs France predictions to back your favourite and watch the live stream on your favourite bookmaker's website, such as 1XBET or Bet365. 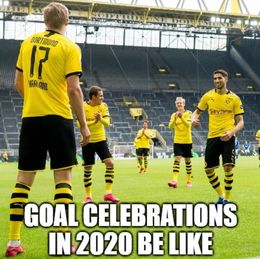