When the draw was made for the Round of 16 of the 2019/20 Champions League the meeting between Manchester City and Real Madrid was one of the most eagerly anticipated of the round. These are two clubs who were regarded as favourites to win the competition at the beginning of the group stage but now only one of them can reach the quarter-final this season.

Manchester City come into the second leg with a 2-1 lead from the first leg in Spain and therefore have upper hand in terms of which team will qualify. They delivered a very strong display, especially in the second half and the tactical approach by Pep Guardiola worked as Manchester City scored the away goals they desired.

In previous knockout games of the Champions League Manchester City have often failed because they did not score a goal in the away leg. However, they will be able to approach this match with increased confidence knowing that even a draw would be good enough to see them progress to the quarter-final.

Bet on your favourite at Bet365!

With the Premier League out of reach, Manchester City will be focusing much of their attention on this competition. Manchester City are undefeated in their last 7 home Champions League matches and have won 6 of those 7 games. The wins have come against Shakhtar Donetsk, Hoffenheim, Schalke, Tottenham Hotspur, Dinamo Zagreb and Atalanta.

Real Madrid will be unhappy to not only have lost the first leg at home but also to have conceded 2 away goals. They will also be without their captain and central defender Sergio Ramos who was sent off in the second half and will be suspended for this match.

Real Madrid were never really in control of the first leg despite the fact they took the lead. In fact, you could say the goal came against the run of play and it was no surprise to see Manchester City come out on top. Real Madrid have not been at their best in the Champions League this season and have won only 3 of their 7 games in the competition.

However, two of those wins did come away from home in the group stage against Galatasaray and Club Brugge. Real Madrid have lost only one of their last 6 away Champions League matches, winning the other 5 games. In addition to the two wins above Real Madrid have defeated Viktoria Plzen, Ajax and Roma.

Nonetheless, the Manchester City vs Real Madrid betting odds with Bet365 have them as the outsiders to win this game priced at 9/2.

Only twice in their last 19 away Champions League games have Real Madrid failed to score a goal. This suggests they should get on the scoresheet at the City of Manchester Stadium and Bet365 offer 8/15 for both teams to score. Given the current score from the first leg, Real Madrid have little option but to attack in this match and that could fall nicely into the hands of Manchester City. You can back Manchester City to win and over 3.5 goals at 11/10 with Bet365.

This is a game you will not want to miss and you can follow all the action live thanks to Manchester City vs Real Madrid live streaming. At 1XBET they are usually streaming big matches like this, so we hope that this time will be the same. If you are signing up for a new account at this online bookmaker, don’t forget to check out our special offer. 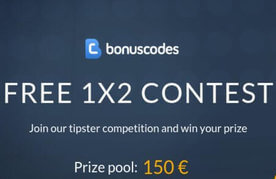 Alifeller58 Maybe it’s a mistake, but I’ll bet on Real now. They have players that know how to win these kind of games and have done it in the past, so I’ll be not surprised 2 months ago ...
BonusCodes Humor
The fun for today