Group A of Euro 2020 will be concluded with this third round of matches, and at this point Switzerland and Turkey know exactly what they need to do to finish inside the top two places in the group and secure a spot in the last 16.

Knowing is one thing, but doing is quite another. This fixture on June 21 will take place in Baku, so neither of these teams will have home advantage as is the case elsewhere. That will ensure that this is a fair fight, and that the best team on the day will prevail.

Will it be enough? It should be. Italy are expected to dominate Group A – thanks in part to playing all of their matches in Rome, while the fourth team, Wales, may grind out some positive results but they certainly won’t blow anybody away.

There is a chance for Switzerland and Turkey then, however they will presumably need to win here to confirm their knockout phase status.

But who will get the job done? Let’s take a look in our Switzerland vs Turkey predictions.

If you needed any further convincing of how close this match is likely to be, just take a look at those Switzerland vs Turkey betting odds.

The bookies can barely separate these two teams, and that is why the Swiss can be backed at generous odds of 2.4 and the Turks at the similarly appealing 3.0. The draw can be backed at 3.3.

Turkey will definitely have their chances in this match. Back them up at Bet365!

When trying to make a betting case for one team or another in a close match, we have to look at all of the signs and see if we can rate one of the sides as more progressive than the other.

To that end, we perhaps have to give Switzerland the edge.

Let’s rewind the clock to World Cup 2018 in Russia, a tournament which Turkey failed to qualify for – indeed, they haven’t qualified for that competition since 2002.

Switzerland not only qualified for the World Cup but they also made it into the knockout stages, drawing with Brazil and Costa Rico and defeating Serbia. In the last 16, they went down by a solitary goal to Sweden.

And then we can take a look at the Nations League, where Turkey finished bottom of Group B2.

But the Swiss showed their class once more, topping Group A2 and beating Belgium and Iceland 5-2 and 6-0 respectively along the way. They lost to eventual champions Portugal in the semi-finals.

Now we can look at Euro 2020 qualifying, where Switzerland topped a group that included tough opponents in Denmark, Republic of Ireland and even the capable Georgia.

If you believe that Switzerland can win, then back it up in your bet at Bet365

Turkey, on the other hand, dropped points against Iceland and Albania, and were defeated 0-4 by France in their run to second place.

When you look at it subjectively like that, we have to headline our Switzerland vs Turkey preview with the idea that the Swiss are simply ahead of the Turks in their footballing development right now.

Turkey have some interesting individual players in the likes of Hakan Calhanoglu, Cengiz Under and the defensive general Caglar Soyuncu, but Switzerland as a team have been getting excellent results for the past few years.

And for that reason, they have to be given the nod here.

Even though we have identified a potential winner for our Switzerland vs Turkey betting tips, some caution is advised.

The Swiss don’t tend to completely blow their opposition aside, a few results aside, and so we expect a close and conservative game here – especially if a place in the last 16 is at stake.

So while backing Switzerland is the play, there are some side betting markets that offer arguably better value.

The Under 2.5 Goals category cam be something to keep in mind, but bettors wanting a higher risk bet could consult their bookies’ markets and see if they can wager on Switzerland to win by a one goal margin.

Frustrated with the lack of Euro 2020 broadcasts in your area? Not to worry, because help might be at hand from a number of bookmakers.

These have their own live streaming channels, and so you can check their listings to see if they have a Switzerland vs Turkey live stream available or not.

Register at 1XBET and check their stream offer

If they do, you can watch the action on your smartphone or tablet too, just for the cost of placing a bet. 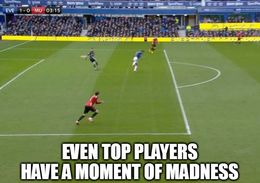 Load more fun
Articles
Play responsibly
Didn't find what you were looking for? Try our lucky star.
Switzerland vs Turkey