As you are probably already licking your lips in anticipation of World Championship 2022, it is worth checking WC 2022 qualifiers betting odds, which, in terms of winning in their respective groups, on the Bet365 website, set England at 1.06, Wales at 11.00, Scotland at 13.00, and Northern Ireland at 34. As you can see, most of these prices are emore than attractive.

As you might expect, all of European football’s leading names are favourites to qualify from their groups, with the likes of Spain, Portugal, Italy, France, Germany, and England all expected to top their respective brackets. The closer we are to the end of WC 2022 European qualifiers, the clearer every team's situation is.

Still, there are likely to be some shocks and surprised along the way, and later in this World Championship 2022 in Qatar draw article we’ll try to discover what those might be. Keep reading to find all the best predictions for WC 2022 European qualifiers and betting odds for World Championship qualification matches.

The draw has been made for the WC 2022 qualifiers Europe, with ten groups of teams doing battle for the right to play in Qatar for the thirteen spots reserved for European teams.

Five of the groups contain five teams, and that’s partially because the quartet of sides that reached the Nations League finals – Belgium, France, Italy and Spain – are given a supposedly easier ride based on their performances in that competition. The other five groups contain the traditional six teams. Overall, there are 55 European teams fighting for the WC 2022 qualification.

The format of qualification is nice and easy to understand. Each of the ten group winners automatically books their spot in Qatar, and then the runners-up in each group progress into the play-off system, where they will join the two best teams from the Nations League that haven’t already qualified for the World Championship 2022 directly. That dozen is split into three separate qualification ‘paths’, with the trio of teams that come through that also booking their plane tickets to Qatar.

2. When Will the World Championship Qualifiers 2022 Take Place?

You can already get involved in WC 2022 qualifying betting because the groups have been revealed and the dates that the qualifiers will be played have been confirmed.

The first round of qualification matches gets underway on March 24-25, with two more matchdays to follow that month in a hectic period of international football.

Once the groups have been determined, the play-off fixtures will be confirmed and those will be played in March 2022.

Once the dust has settled on qualification, attention turns to World Championship 2022 itself which gets underway on November 21, 2022.

The players have done a fantastic job across the 10 days and the three matches. "I think, the way that they've responded to the disappointment of the final, the way they have picked the baton up from that - a lot of the other teams in those latter stages haven't done that. - Gareth Southgate after winning seven points in September, Sky Sports

There has been plenty of controversy surrounding the decision to hand the WC 2022 hosting rights to Qatar, a country with a questionable human rights record. This is a lot of criticism about the fact of holding a tournament like this in such a risky place.

What’s more, due to how hot the summers are there the tournament will take place in the northern hemisphere’s winter months – the first time in history that a World Championship has not been played in May, June or July. Slap bang in the middle of the European club season!

In addition to the four major stadiums currently used in Qatar, a further quartet are also under construction – including the Lusail Iconic Stadium, which when completed will host 80,000 people and take on duties of hosting the WC 2022 final.

4. Which Bookmakers Have WC 2022 Qualifying Odds?

Many of the leading bookmakers have already revealed their World Championship 2022 qualifiers odds, so you can already begin to plot your selections.

As we have come to know and expect, Bet365 are among the most switched on sportsbooks out there, and they have already priced up their WC qualifying odds for each individual group.

But as you would expect given the importance of the betting market, they are not the only ones. You can also place your World Championship qualifier bets with the likes of William Hill, Unibet and many other respectable operators as well including 1XBET.

With the WC 2022 qualifiers groups now confirmed, we can start to plot our best bets of the campaign.

Will the World Championship 2022 be Cristiano Ronaldo’s swansong? It’s certainly possible, and he will be desperate for Portugal to qualify from Group A, which they should do against Serbia, Ireland, Luxembourg and Azerbaijan. They lead our WC 2022 qualifiers predictions at odds of 1.25.

Spain should comfortably triumph in Group B, while Italy look an excellent price of 1.28 to win Group C, which contains Switzerland, Northern Ireland, Bulgaria and Lithuania – the Italians are the pick of our World Championship 2022 qualifiers betting tips.

Belgium, England and Germany should all qualify from their sections, but there is some doubt in the other groups. In Group F, you’ve got Denmark, Austria, Scotland, Israel, Moldova and the Faroe Islands….It was hard to pick a winner, but Denmark have performed superbly and with 18 points to their name they're almost 100% sure they'll play in Qatar!

The Netherlands are fancied in Group G but they should look out for Turkey and Norway, an improving young side headlined by the goal hungry Erling Braut Haaland – they are 1.90 with Unibet to secure a top-two finish.

Croatia are the favourites to win Group H, but don’t rule out Russia, who have achieved some excellent results in the past few years and who look to be a very difficult unit to beat.

Winners in their groups - Best odds

Fans from the UK will need access to one of the Sky Sports, BBC and ITV broadcasters to watch the WC 2022 qualifying round. Another option are bookmakers websites with live stream sections, such as bet365 or 1XBET. There is a possibility that they will broadcast the matches and this would be a solution for all the fans’ problems.

Enjoy the matches and make use of WC 2022 qualifiers betting odds, while placing bet on your favourites. 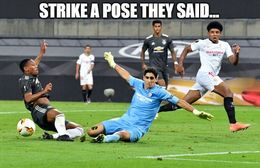