One of the four Grand Slam tournaments, Wimbledon is a huge item on the calendar of every tennis fan in the world and as we are getting closer to it, it is time to analyse the Wimbledon 2021 betting odds. Currently, according to them, Novak Djokovic (1.90) and Ashleigh Barty (6.00) are the favourites to win the tournament.

This year’s edition is set to begin on June 28 on the premises of the iconic All England Lawn Tennis and Croquet Club in London, England and, as always, it is attracting a huge amount of attention from the general public. Now is a good time to start making Wimbledon 2021 predictions based on the things we know about the competitors in men’s and women’s draw. This will be a difficult task, since a lot of high-quality players are scheduled to appear on the historical courts.

To help tennis fans prepare for this unique, high-profile tournament, we prepared a comprehensive review of betting odds at leading providers like Unibet, Bet365 or William Hill. Here is everything you need to know about Wimbledon 2021 betting and the possibilities to turn your knowledge of sports into tangible profits.

The history of this prestigious tournament goes back to 19th century, and this year’s event will be 134th in total and 53rd in the Open era. Since the last year’s tournament was cancelled due to the global pandemic, it will be interesting to see how the players perform on this stage after such a long break.

Practically, all the best players in the world have already confirmed their participation, and will be looking for a chance to win a lot of points and advance as far as possible.

Since Wimbledon is the only major tournament played on grass, it requires special preparation and often sees a few surprise wins by specialists who excel on slower surfaces. This must be taken into account when analyzing Wimbledon 2021 betting tips and contemplating potential wagers on individual matches or the overall champion. One thing is for sure – with so much at stake, all the competitors will be supremely motivated to showcase their skills in front of the global audience.

As always, men’s draw attracts the most media attention at Wimbledon. Especially, in situations, when one of the top favourites withdraws from the tournament just a few days before its beginning. That is what happened when Rafael Nadal decided to resign from participation in Wimbledon in order to "prolong [his] career". His decision obviously strongly impacts the odds.

Novak Djokovic is the 2019 winner and the main favorite for this year’s title, with Unibet offering 1.92 bets for him to win the trophy. His long-time rivals are close behind in Wimbledon men’s winner betting odds , most providers are willing to offer 9.00 on Roger Federer. Danil Medvedev and Stefanos Tsitsipas are best rated young players at 7.00 and 6.50 respectively. Dominic Thiem and Alexander Zverev are also among challengers. Based on the current Wimbledon betting odds , it wouldn’t be shocking if someone other than Big Three member won this edition of Wimbledon men’s tournament.

Predicting the outcome of the women’s tournament could be just as difficult, if not more. There are more than a few female players capable of winning a Grand Slam, and it will be very interesting to see how the top-seeded ladies perform.

A glance at the Wimbledon’s women’s betting odds reveals a small group of favourites, which used to be led by Naomi Osaka. After her withdrawal from he tournament, the odds obviously have changed. Currently, Bet365 accepts wagers on Ashleigh Barty at 6.00 and on Serena Williams at 7.50, while the next in line are Petra Kvitova (10.00), Gabrine Muguruza (11.00), Bianca Andreescu (11.00) and Iga Swiatek (13.00).

Despite winning the tournament in 2019, Simona Halep is regarded as more of a wild card this year, with odds going as low as 13.00 at Bet365 and as high as 9.00 at some smaller sites. With such a competitive field among female players at Wimbledon, there are many smart money wagers you can make without assuming too much financial risk.

There are many different ways to bet on tennis, so you don’t have to try guessing the eventual winner before the tournament starts.

Betting on individual matches in any round can be very rewarding, although it may require some knowledge about tennis in order to exploit favorable matchups. You could also try to guess how far a certain player could advance, or predict one of the countless statistical parameters for a match. Live betting is also a great option if you are a passionate tennis fan, since it allows you to read the flow of a match and place an instant wager while it’s still in progress.

Pick your favourites and place a bet at Bet365!

Regardless of the betting format you prefer, keeping track of Wimbledon 2021 betting tips is imperative if you want to identify the most lucrative odds. Timing of the bet could also be essential, since odds tend to fluctuate based on the demand and you could catch a sweet spot if you are following the movements closely and are prepared to react immediately.

If you are wondering where to watch Wimbledon matches, you don’t have to worry about missing any of the action.

Viewers in the United Kingdom will surely have a chance to watch on local television since the tournament is taking place in their home country, but even if you live in the US you have plenty of options on your disposal. Watching a Wimbledon 2021 live stream on your computer or phone is a great way to see all the exciting moments no matter where you are.

Numerous live streams are available, and some of them might even feature high resolution video. Some of the better sports betting sites like William Hill and Bet365 could stream the matches as well, so players have the convenience of making the bets and following their outcomes under the same roof. However, if you are watching from the United States you need to account for the time zone difference and ensure you know when each match is scheduled to start. So don’t hesitate anymore, choose your favourite sports betting site, analyse our Wimbledon 2021 betting odds, place a bet and enjoy the live stream! 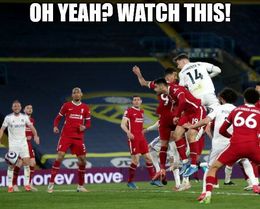