The draw for the 2019/20 Champions League round of 16 was not very kind for English clubs as they were paired with some big European rivals for the trophy. That's certainly the case for the defending champions Liverpool, who have been drawn to play Atletico Madrid in first knockout round of the competition.

It is widely believed that by finishing top of your Champions League group, you will receive an easier draw in the round of 16 but that's often not the case. This is a good example as Liverpool finished top of Group E, only to be paired with Atletico Madrid. Neither team will be happy to have to play each other at this stage of the tournament but on the plus side, it does give them the opportunity to remove one of the strongest teams remaining in the competition.

Check out our Football Betting Tips!

As highlighted above, Liverpool come into this match as the defending Champions League winners having lifted the trophy in Madrid last season. Having suffered defeat in the final against Real Madrid in the 2017/18 Champions League, Liverpool clearly know what it takes to reach the latter stages of this competition.

They have lost just one of their last 8 Champions League matches and that defeat came in the group stage of this season's competition against Napoli. However, Liverpool went on to remain undefeated in the group only dropping 2 more points which came at home against the same opposition. At this stage of the Champions League last season, Liverpool met Bayern Munich and came away with a good 3-1 victory in Germany.

If they were to come away from this match will the win, it will put Liverpool firmly in the driving seat ahead of the second leg at Anfield. The bookmakers believe they have what it takes to win this match and the Atletico Madrid vs Liverpool betting odds have the away team as favourites priced at 7/5 with Bet365.

Continue below as we check out the chances of the home team in our Atletico Madrid vs Liverpool betting tips.

Is Atletico capable of making an upset? Bet at Bet365!

Atletico Madrid were drawn in a group alongside Juventus, Bayer Leverkusen and Lokomotiv Moscow. Both Atletico Madrid and Juventus were expected to progress from this group and that's exactly what happened although the La Liga team will be disappointed to have finished 6 points adrift of the Italians in 2nd place.

While Juventus have gone on to meet Lyon in the round of 16, Atletico Madrid have been left with this extremely tough game against Liverpool. Diego Simeone’s team won only 3 of their 6 group games in the Champions League this season but two of those victories did come at home. However, both wins were against the two weakest teams in this group and they were held to a draw at home by Juventus, needing 2 goals in the second half to rescue a point from the match.

You must go back to 2016/17 to find the last time Atletico Madrid progressed beyond this stage of the competition and last season they were eliminated in the round of 16 by Juventus. The bookmakers believe they could be heading out at the same stage again this year and the Atletico Madrid vs Liverpool betting odds have them as the slight outsiders, priced at 15/8 to win this match with Bet365.

Will Atletico win to nil?

Four of Liverpool’s last 5 defeats have come without them managing to score a goal and you can back Atletico Madrid to win the match to nil at 15/4 with Unibet.

As we look forward to the Champions League knockout stage, there is no better time to register a free account at 1xBet. This online bookmaker is a great place to enjoy Atletico Madrid vs Liverpool live streaming and in-play betting. Simply follow this link and you can also take advantage of a great bonus to get you started. 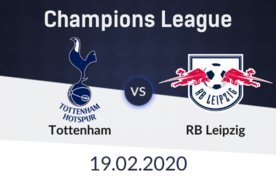 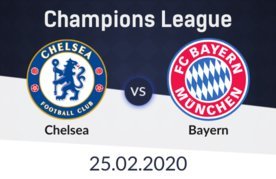 Falm1950 Salah, Mane, Firmino – look out, because Simeone pitbulls will kill you, if you don't give them the ball back :O 16 days ago ...
BonusCodes Humor
The fun for today