The good news football fans have been waiting for has arrived, the return of one of the major European leagues. As we all know, football has been suspended due to COVID-19 but the German Bundesliga returned on 16 May 2020 and will be played until 27 June 2020 behind closed doors.

The Bundesliga return is fantastic for football lovers around the world. The Bundesliga restart means not only will we have high quality like football to watch on television but also the opportunity to place bets. With the Bundesliga behind closed doors, this is going to add an extra element to the games and it will be interesting to see how each team copes without having any fans inside their stadium.

The Bundesliga after coronavirus picked up from where it left off before the suspension due to the spread of the disease. One glance at the Bundesliga 19/20 betting odds shows Bayern Munich remain the favourites with the bookmakers and they are available at just 1/5 with Bet365. Given the fact that Bayern Munich have dominated the Bundesliga in recent years it comes as little surprise to see them leading the way in the batting once again.

We are now looking forward to resuming play … this ensures that the sporting decisions are made on the pitch and not in the boardroom. - Karl-Heinz Rummenigge (Bayern Munich’s chief executive), theguardian com

However, they did receive a strong challenge for the title from Borussia Dortmund. You must go back to 2011/12 to find the last time Borussia Dortmund won the Bundesliga title. Although their fans will not be allowed to enter the stadium to create the fantastic atmosphere we are used to seeing at the Westfalenstadion, there can be no doubting the talent in their squad. The Bundesliga betting odds have Borussia Dortmund on offer at 1/5 with Bet365 to finish in Top 4 of the league.

An interesting team who are still in the mix in the Champions League qualification spot battle this season is RB Leipzig. They may not be everyone's cup of tea but no one can dispute how well they have played during this campaign. RB Leipzig have also enjoyed a good run in the Champions League where they have already knocked out last season’s finalists, Tottenham Hotspur. If RB Leipzig were to win the Bundesliga it would be a historic moment for the club who have only existed for 10 years, but they'll have to wait till next season, because they'll not manage to end Bayern's domination this year.

The only other team with perhaps an outside chance of landing in the Top 4 in Germany this season is Borussia Mönchengladbach. However, they are definitely the weakest of the rest teams and their odds of 1/14 to win the 2019/20 Bundesliga sums up their chances.

When it comes to Bundesliga 2019/20 betting tips, there are a few factors to keep in mind. Last season, there was an average of 3.18 goals scored per game in the Bundesliga. That means we saw an average of over 2.5 goals per match, which is a great statistic for betting on this market. So, if you see a match between a team near the top of the table and a team near the bottom of the table, over 2.5 goals could be a good bet.

In terms of the teams which score a lot of goals, you are looking at the title contenders. This includes Bayern Munich, Borussia Dortmund and RB Leipzig. For example, between the 2nd of November and 18th of January, RB Leipzig scored 3 or more goals in 9 consecutive matches, which is an incredible statistic. Teams to look out for in terms of low scoring matches include Schalke, Wolfsburg and Freiburg but it often depends on the opposition.

One of the most exciting aspects of any league is the race to finish as top goal scorer. The Bundesliga top scorer this season will most likely be Robert Lewandowski of Bayern Munich. Timo Werner of RB Leipzig put up a good fight, but didn't manage to keep up with the Polish star. Looking back at previous seasons and Lewandowski has finished as top goal scorer in each of the last two and in three of the last four campaigns. Therefore, it is understandable to see him winning Bundesliga top goalscorer title again

Werner was hoping to upstage the Polish international striker by finishing as Bundesliga top scorer for the first time in his career and going to Chelsea. The German has been heavily linked with a big money move in the summer for some time and he picked the team from the capital of England.

Having access to watch the remainder of the 2019/20 Bundesliga season is going to be especially important to football fans. A Bundesliga live stream will be available to those residing in the UK on BT Sport. This is not a Bundesliga free stream and BT Sport is a subscription channel. It also comes with an app that can be used to watch all the action live.

It is possible to sign up and watch Bundesliga live stream using BT Sport, even If you do not subscribe to any of their other channels or have their internet service. However, you will have to pay a monthly see for access to their feed.

The other option for UK viewers to watch Bundesliga online free is via live streaming from betting websites. Bet365 is a good example and by having funds in your account or by placing a bet on the website, you will have access to the Bundesliga live stream. For those who reside outside the United Kingdom, you can use the same method and there are other online bookmakers which will be showing the Bundesliga free stream including 1XBET for example.

You can bet and watch Bundesliga at Bet365! 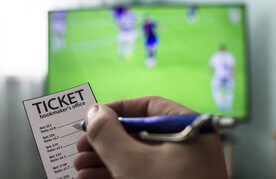 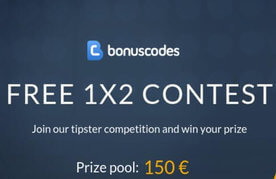