With the two Europa League semi-final second legs complete, we now know who will be playing in the 2018/19 UEFA Europa League final. The game will be contested by Chelsea and Arsenal at the Olympic Stadium in Baku on Wednesday 29th May.

This game has helped to make history in European club football this season as we have both sets of finalists in this and the Champions League from the English Premier League. While it is not the first time, we have seen finalists from the same country in one competition, it is the first time we have seen it happen in both during the same season. We may not have seen the drama of the Champions League in the Europa League semi-finals but Chelsea required a penalty shootout to come through against Eintracht Frankfurt. The match ended 1-1 at Stamford Bridge, 2-2 on aggregate and Kepa was the hero with two penalty saves. Arsenal did not require extra-time or penalties as they overcame Valencia to reach the final. The Gunners scored 4 goals in the Mestalla Stadium and that was good enough to seal an overall 7-3 win on aggregate.

Who will lift the trophy?

Chelsea have guaranteed themselves a place in the Champions League next season thanks to their position in the Premier League. So, in that respect, the pressure if off for Maurizio Sarri and his players. The Blues started their Europa League campaign back in September with a win over PAOK in Greece and have not looked back. Since then they have won ten and drawn three of their thirteen matches in the competition.

This will not be the first time Chelsea have reached the final of the Europa League and they did so in 2013, which was their last attempt at winning this competition. Chelsea came out on top that day and are the bookmakers favourites to do so again this year.

Arsenal have become use to playing in the Champions League so starting in the Europa League over the past two seasons may have come as a bit of shock to the system. However, they have performed well and the Gunners have gone one better than their attempt last year by reaching the final in this campaign.

Unlike Chelsea, if Arsenal want to play in the Champions League next season, they must win the Europa League as they face an unrealistic task to make the top four in the Premier League. Therefore, Arsenal will be under more pressure than their opponents to win this match.

Arsenal started their Europa League campaign with a 4-2 win over Vorskla at home and they were the favourites to top their group, which they did. Unai Emery’s team have won eleven, drawn one and lost two of their fourteen games in the competition this season, which is two more defeats than their opponents.Therefore, the bookmakers have them as the slight outsiders to win the match priced at 21/10 with Bet365. The draw is also on offer at 12/5.

Match result with both teams to score

Looking at other potential Chelsea vs Arsenal predictions, we can check the head-to-head record between the teams as they play each other in domestic football. The statistics show in the last seven matches between the teams, four have ended in a draw and we could be in for a similar outcome in this game, with the match going into extra-time. You can get odds of 5/1 for the game to be decided in extra-time.

However, a look at the most recent results shows Arsenal have had the upper hand over Chelsea. Arsenal have won four and drawn three of the last eight meetings between the teams in all competitions, including their last fixture, which was a 2-0 home win in the Premier League.

In two of the last three games both teams have scored and Bet365 offer 5/1 for Arsenal to win and both teams to score.

It is going to be a great game, with plenty of fantastic attacking players on show. Follow all the build-up and get the latest Europa League Final betting tips and odds at Bonuscodes.

When you have your Chelsea vs Arsenal betting tips all figured out and have an idea which Arsenal vs Chelsea betting odds are your favourites, then you can look for a good stream, where you can watch the game. Usually this kind of events you can watch at 1XBET stream offer, so are counting that this time will be no different. 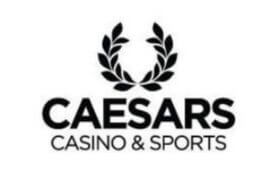 Load more fun
Play responsibly
Didn't find what you were looking for? Try our lucky star.
Chelsea vs Arsenal