Contrary to the opinion of some pundits who expected them to struggle in 2020/21, Atletico Madrid are absolutely flying at the moment.

They top the Spanish La Liga table having won 12 of their 15 games played so far, conceding just six goals. And while their progress through the Champions League group phase was less emphatic, they still produced a decent draw with reigning champions Bayern Munich and qualified with ease over an exciting Red Bull Salzburg side.

In this Chelsea vs Atletico Madrid preview, it’s hard to overlook the fact that the Londoners have fallen off a cliff as far as their form is concerned.

They qualified in fine fashion from their Champions League group, claiming 14 of the available 18 points and conceding just two goals, but in domestic action they have been poor.

They are obviously a great team with experience and quality in the squad. Most people would say that they were one of the toughest we could have drawn on paper. We have to turn up and do our job. - Frank Lampart on Atletico Madrid, Football London website

Chelsea’s Premier League formline since the start of December reads W2 D1 L4, and that is hardly the record of a side that is going to cause the all-conquering Atleti too many problems. One clean sheet in seven is also cause for concern.

This Chelsea vs Atletico Madrid in Champions League tie won’t take too long for bettors to decipher then, and the betting opportunities speak for themselves….particularly when you see the fantastic prices available.

Just look at these prices – if you move fast, you can get 2.50 with Unibet and 2.45 with many other bookmakers on an Atleti victory in their Chelsea vs Atletico Madrid betting odds, and that is tremendous news.

Want to find the best betting offers?
Check out Bet365

Those Atletico Madrid vs Chelsea odds relate to the first leg, which will be played on February 23 at Atleti’s Wanda Metropolitano Stadium, however we can bet on the overall outcome of the two-legged tie as well. Assuming the Spaniards enjoy a first leg lead, their price of 1.95 in the ‘to qualify’ market looks to be extraordinary value.

If you fancy Chelsea to get the job done, you can back them at 1.80 in the same market.

As you have probably already guessed, we have pretty much tied our flag to the mast of Atleti in our Chelsea vs Atletico Madrid predictions, and we’re not about to turn back now.

We accept that Chelsea have plenty of attacking quality in the likes of Kai Havertz, Timo Werner and Hakim Ziyech, while N’Golo Kante is a World Cup winner in midfield.

But the Blues have shown plenty of frailties defensively, and the jury is out as to whether the inexperienced head coach Frank Lampard has the tactical nous to remedy those.

There’s no doubts about the managerial ability of Atletico Madrid’s Diego Simeone, who has guided his team to Champions League finals and who continues to steer the club to the upper reaches of La Liga despite a relatively small transfer budget.

Jan Oblak remains one of the best goalkeepers on the planet, while Luis Suarez is enjoying a new lease of life in Madrid – he’s already among the goals. Factor in that Joao Felix is starting to fulfil his potential, and the likes of Yannick Carrasco and Marcos Llorente are in great form, and we have to make the Spaniards our pick in our Chelsea vs Atletico Madrid betting predictions.

To be honest, backing Atleti here is as good as our Chelsea vs Atletico Madrid betting tips will get!But we know that some of our followers will want to increase their value even further, and so let’s try this for size: Atletico Madrid to win and Under 2.5 Goals at 4.33. Diego Simeone is the master of making Champions League ties conservative and risk-free affairs, and he might just do a number on Lampard here.

Check betting offers for this match at Bet365

As ever, if you want to watch a Chelsea vs Atletico Madrid live stream in England or Spain you will need a BT Sport subscription or access to Movistar+ respectively.In other countries, there may be other options of where to watch Chelsea vs Atletico Madrid, and one of those includes downloading the app of the leading bookmakers. These apps feature a live streaming channel that features thousands of hours of live sporting action each week, including top football from around the world. You can watch via your mobile device or on your computer, and all you need is an active account to watch – often you don’t even need to place a bet if you don’t want to, and if you do want to, make sure to check out Chelsea vs Atletico Madrid betting odds beforehand! 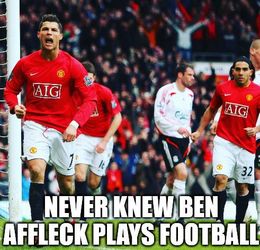 Load more fun
Play responsibly
Didn't find what you were looking for? Try our lucky star.
chelsea vs atletico madrid