The Champions League round of 16 begins on the 18th of February. There are 8 ties to look forward to including the one between Chelsea and Bayern Munich. This is a repeat of the 2011/12 Champions League final which was played at the Allianz Arena but won by Chelsea. Bayern Munich will be hoping they can take revenge for that defeat by winning the first leg of this tie which takes place at Stamford Bridge on the 25th of February.

Chelsea will be aiming to progress beyond this round of the competition for the 1st time since 2013/14. They reached the semi-final in that season but have since fallen at the round of 16 stage three times. Bayern Munich were eliminated from the Champions League in this round last season by Premier League opposition and will be hoping to do better this time.

1. Chelsea vs Bayern - The Favourites

Bayern Munich came through a group which contained Tottenham Hotspur, Olympiakos and Red Star Belgrade. The defending Bundesliga champions were favourites along with Tottenham Hotspur to progress from the group and finished top having won all 6 of their matches. Their best performance and perhaps the most noticeable result of the whole group stage of the Champions League this season was the 7-2 Victory away against Tottenham Hotspur, who finished 2nd in the group.

Bayern Munich also defeated Red Star Belgrade 6-0 away from home and In addition to the 3-2 win in Greece over Olympiakos, the Germans enjoyed a very successful time away from home in the group.

Both teams love to score goals. Find your betting pick at Bet365!

Bayern Munich are undefeated in their last 12 away Champions League games and they have won 9 of those matches. It is a very impressive record which they will be hoping to extend by beating Chelsea in this round of 16 first leg game. The bookmakers believe they have what it takes to leave London with a win and Bet365 offer 21/20 for Bayern Munich to emerge victorious.

Read on for more Chelsea vs Bayern Munich betting tips as we take a look at the chances of the hosts.

Chelsea were drawn in Champions League Group F along with Valencia, Ajax and Lille. While Lille were always expected to find it tough, it was going to be close between the 3 other clubs as to which 2 qualified for the knockout stages. Perhaps surprisingly, it was Valencia who finished top of the group on 11 points and Chelsea came 2nd also on 11 points but behind the Spanish club on head-to-head points following Valencia’s victory at Stamford Bridge.

Chelsea won 3 of their 6 group games including some impressive away performances but were not at their best at Stamford Bridge. They picked up 4 points from a possible 9 at home and their only victory came against bottom club Lille. They lost against Valencia and were held to a draw against Ajax.

Chelsea have won only one of their last 6 home Champions League matches and have struggled to pick up victories in the competition in front of their own fans. Therefore, they come into this match as the outsiders to win, priced at 12/5 with Bet365.

We have more Chelsea vs Bayern Munich predictions below.

Despite only winning one of their last 6 home Champions League matches, Chelsea have lost only one meaning they have drawn 4 of those 6 games. Bayern Munich on a good run of form away from home in the Champions League but have drawn 2 of their last 5 away matches. This suggests we could see a close game and the draw is on offer at 5/2 with Bet365.

Match result with both teams to score

This could be one of the most exciting games in the Champions League round of 16 this season. You can follow all the action live thanks to Chelsea vs Bayern Munich live streaming at 1xBet. Create a new account today by using this link and you will become eligible for a great bonus which you could use to place a bet on this match. 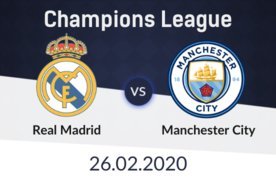 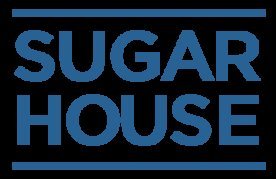 BreakMix Bayern run one of the longest winning streak in Europe atm... 12 days ago ...
BonusCodes Humor
The fun for today

Load more fun
Articles
Play responsibly
Didn't find what you were looking for? Try our lucky star.
Chelsea vs Bayern