We are now well into the qualification campaign for the 2020 European Championships, and England have already secured at least a play-off place based upon their performances so far.

But that’s nowhere near enough for Gareth Southgate’s men, who will be hoping to top Group A, and they can break the back of that ambition with a positive showing in the double-header of fixtures in the next international window.

On October 14 there’s the trip to Sofia to take on Bulgaria, but just prior to that on October 11 the Three Lions head to Prague as they tackle the Czech Republic.

The Czechs are England’s closest challengers at the top of Group A, and indeed they could go level on points with Harry Kane and co if they could beat them on home soil here. Jaroslav Silhavy’s side are being chased hard by Kosovo as well, and defeat to the UEFA newcomers has left the Czech Republic on the ropes in their quest for automatic qualification to Euro 2020.

So there’s plenty on the line in this game, and in this Czech Republic vs England preview we will examine whether the hosts will have their party pooped by the English or whether it will be Czech-mate for Gareth Southgate’s team.

The bookmakers don’t believe there is anything to be feared by home advantage in this game, and that is why they have made the visitors their odds-on favourites in the Czech Republic vs England betting odds.

England are priced as short as 1.50 for victory in Prague, with the Czechs available to punters at 6.20 and the draw backable at 4.50.

Normally in these situations, we tend to give the home team some kind of advantage when playing in front of their own supporters – even if that doesn’t mean that they win, they should at least put in a strong showing.

However, as far as England are concerned playing away from home makes no real difference to how they go about their business tactically, and their aim is simple: to win the game by scoring as many goals as possible.

The Three Lions have already scored five in Montenegro, and don’t forget they reached the semi-finals of the World Cup in Russia – they do not fear playing away, as some teams do.

Indeed, goals have been a common theme for England in this qualification campaign, and already they have blitzed a whopping 19 in just four games….including, perhaps most crucially as far as our Czech Republic vs England predictions are concerned, the 5-0 victory over the Czechs at Wembley Stadium back in March.

Both Harry Kane and Raheem Sterling lead the way with six goals apiece, and that deadly duo will be looking to kick on again in Prague having been in excellent goalscoring form for Tottenham and Manchester City respectively.

As far as the Czech Republic are concerned, they have bounced back from that mauling in London, although it has not been plain sailing.

Back to back victories over Bulgaria and Montenegro got their campaign back on track, with their star man – Patrick Schick, on loan at RB Leipzig from Roma, scoring three times.

But then defeat to Kosovo in Pristina followed, and that really put the cat amongst the pigeons as far as qualification from Group A is concerned.

They rebounded with victory in Montenegro, but all eyes are now on this contest with Kosovo playing Montenegro themselves on October 14. It’s quite probable they will leapfrog the Czechs into second place given the expected results.

And so that just shows how important this encounter is to both teams; the Czechs will not want to go into the game against Kosovo on November 14 with qualification issues still in the air.

As we know, the Czechs want and need to get a positive result out of this game, but there are different ways to about that.

They certainly won’t come charging out of the blocks, and instead will opt to defend deep and in great numbers to minimise the amount of space afforded to England’s attacking players. They will then look to score on the counter-attack or from a set piece.

But England’s defending is generally resolute – barring a below-par effort against Kosovo, and it is hard to make a case for the Czechs scoring here.

England to win to nil

And the Three Lions are a much better team, of course, and so our Czech Republic vs England betting tips are easy enough to make: back England to Win to Nil at 2.30.

After you figure out all of your Czech Republic vs England picks you are looking for a place, where you can watch the match.

Lucky for you, 1XBET usually has a great live stream football offer and we hope that they will stream this match as well. All you have to do is register and enjoy. 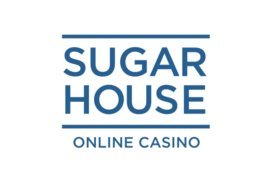 Load more fun
Play responsibly
Didn't find what you were looking for? Try our lucky star.
Czech Republic vs England