The two most fancied teams in Group B, Denmark and Belgium, meet in the second round of Euro 2020 fixtures in Copenhagen on June 18 and it is high time to check our Denmark vs Belgium predictions, favouring the latter at 2.00 odds.

With Russia and Finland also in this bracket, there is a chance that the Belgians and the Danes will see any lead they opened up after the first round of matches to be cut here – especially given that the Russians are more than capable on home soil, as they showed at World Cup 2018.

Belgium have to be the favourites – they are expected to go deep into the competition, and so Denmark have the pressure here of keeping their Round of 16 hopes alive by avoiding defeat at the very least. Everyone is also curious how what happened to Christian Ericksen during the match with Finland will impact the results of his team in the upcoming stages of the tournament.

It is also important that the Danes will be cheered on by a capacity crowd in Copenhagen, and that could yet count for something.

Register and join out Footbal 1x2 Contest with a prize pool!

In this Denmark vs Belgium preview, we’ll run the rule over the two teams and consider who is most likely to get the three points when they collide.

And we will conclude by revealing our betting tips for this match, and also where you can catch a live stream of the action.

These Euro 2020 matches have been quite difficult for the bookmakers to price up.

On the one hand, here we have a Belgium side jam-packed with quality players. And yet, on the other, Denmark will be playing at ‘home’ in front of a largely partisan crowd.

Even so, the bookies have done the number crunching for their Denmark vs Belgium betting odds, and they make the Danes a 4.20 chance, with the Belgians priced at 2.00 and the draw at 3.25.

Not for the first time, Belgium qualified for a major tournament in unbelievable fashion. They won all ten of their games, scoring 40 goals and conceding just three.

Yes, it was a poor group of teams, but you can only beat what is put in front of you and the Belgians did that in fine style.

Additionally, their first match in the group stage, with Russia, ended with their victory 3-0.

That is what this tournament will be, a celebration of the European Championship. There is no such thing as a favourite nation. It is going to be very competitive. - Roberto Martinez, World Soccer

What’s more, you know they have the players to thrive against all manner of opposition. At the World Cup they bat the likes of Brazil and England on route to the semi-finals, so we know that they aren’t simply flat track bullies.

That pedigree will stand them in good stead here in Copenhagen, and realistically it is hard to bet against a team that contains Kevin de Bruyne and Dries Mertens.. The betting odds for other matches, such as the ones included in our article about Finland vs. Belgium predictions and betting tips, also favour the Red Devils.

If you think that Belgium offense is better than defenders from Denmark then back it up!

That said, the Belgians aren’t the strongest defensively, and so Denmark have to attack them if they are to get anything from this game.

The problem is that this isn’t the Danes’ modus operandi under Age Hareide. They scored just two goals in the group stage of the World Cup, and in Euro 2020 qualifying 17 of their 23 goals came against the hapless Gibraltar and Georgia. In four matches against Switzerland and the Republic of Ireland they mustered six goals.

They don’t have a natural goalscorer in attack, which is a major handicap. And now, they no longer have Christian Eriksen in midfield or anyone who would be reliable in front of goal.

Denmark don’t have that, but Belgium certainly do.

So perhaps that is the key difference between the two teams as far as making Belgium vs Denmark predictions is concerned.

Given that they are on home soil, some will fancy Denmark to spring a surprise here.

But their lack of firepower puts us off them, and instead we’ll be backing the away team given the incredible quality in attack.

So, our Belgium vs Denmark betting tips focus on the fact that we expect Belgium to win this game at 2.00.

We’ve already mentioned their rollcall of attacking talent, and while Denmark will be well organised and drilled defensively you have to expect that Belgium will find a way through.

If you are a fan of Denmark, you may want to check out our other article including Russia vs Denmark Euro predictions.

Can they score two or more? Absolutely, and so our second bet on this game is Belgium with a -1 goal handicap.

If you want to enjoy a Belgium vs Denmark live stream, then you may have a couple of options at your disposal.

Check your local TV listings because the game might be broadcast in your country, but if it’s not then you can always try your favourite bookmakers. Their live streaming channels will be incredibly busy throughout Euro 2020! Don't forget to read our Denmark vs Belgium predictions before watching the game and placing a bet!

5.1 🏆Which team is the favourite according to Denmark vs Belgium betting odds?

The odds for Denmark to win the match are 4.20.

5.3 📺 Where can I watch Denmark vs Belgium online?

You can both use our Denmark vs Belgium predictions to back your favourite and watch the live stream on your favourite bookmaker's website, such as 1XBET or Bet365. 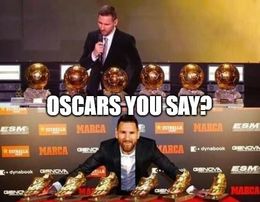