The card for UFC 253 has been confirmed, and headlining the event on September 26 (September 27 in the UK) will be the scrap between Dominick Reyes and Jan Blachowicz for the vacant light-heavyweight world championship.

The gold is on the line because the previous holder, Jon Jones, has vacated the title, citing a pay dispute and a desire to step up to heavyweight as his reasons.

And so the contest between Reyes, the number one ranked light heavyweight in the organisation, and Blachowicz, ranked three in the division, has been hastily arranged.

So that is the UFC 253 title fight we’re looking forward to with great interest, while elsewhere on the card there’s intriguing match-ups between middleweight champion Israel Adesanya and Paulo Costa, and Claudia Gadelha and Yan Xiaonan as they look to climb the women’s strawweight rankings.

But, for the most part, we’re going to focus our attention on the main event as we make our Dominick Reyes vs Jan Blachowicz betting odds below.

The Blachowicz vs Reyes betting odds are out, and they make the younger Reyes a warm favourite to take care of business. Blachowicz is the underdog in this fight.

It’s a championship fight, and you’re gonna give me six weeks’ notice on a co-main? Come on bro. If they’re gonna disrespect me with this, then whatever. It is what it is, man. It’s just adding more fuel to the fire. It’s a little more adversity to overcome. Apparently with COVID, there’re no rules and there’s no transparency. We just gotta roll with the punches, man. Either way, bro, we’re meeting in the center and we’re throwing down. I prefer a bigger cage, but what I get is what I get at this point. - Dominick Reyes for ESPN

And there are other UFC 253 betting odds to consider of course. Adesanya is a hot favourite to defend his middleweight gold against Costa, while it’s the lower-ranked Xiaonan who has been installed as the bookies favourite to get the better of Gadelha.

There is a saying in combat sports that you are only as good as your last fight.

If that’s true, then Reyes looks every inch the favourite here given that he nearly took down a living legend in his outing. The 30-year-old was paired with Jon Jones at UFC 247, and there are many who felt as though it was Reyes who should have been given the decision based upon the ferocity and quantity of his striking – in the end, Jones was given a controversial win.

It was a real feather in the cap for Reyes, who had built his career largely against pumped-up middleweights to that point – Chris Weidman and Jared Cannonier fitting that billing.

Check out the odds for Reyes vs Blachowicz fight at UFC 253 at Bet365!

You suspect that Reyes will be happy to stand up and trade with Blachowicz, who has a long and storied history as something of a submission artist dating back to his time as the KSW champion in his native Poland.

Eastern European fighters are typically as tough as hell and will look to win at all costs, but at 37 and 34 professional bouts to his name Blachowicz has plenty of miles on the clock, and he may just be found wanting here against a younger, hungry fighter who announced himself as an elite-level contender in his last outing.

As such, there’s a simple conclusion to our Dominick Reyes vs Jan Blachowicz betting tips: we’re taking Reyes to win this one on a judges’ decision.

If you want to add to our Reyes vs Blachowicz betting picks there is definitely some value to be had elsewhere on the card.

You would have to say that Adesanya is outstanding value and he is the pick of the rest of our UFC 253 betting predictions.

The middleweight champion has a perfect 19-0 record, has defeated an absolute legend in Anderson Silva and has claimed victory over three dangerous top-10 raked opponents in Whittaker, Romero and Gastelum. He will also enjoy significant physical dominance over Paulo Costa, who is four inches shorter and has a staggering eight inches less of reach to utilise. The Brazilian will struggle on the mat against Adesanya and he might just lack the dimensions to get too many clear strikes in at his opponent too.

And a quick word too for the Xiaonan vs Gadelha fight, where the Chiense fighter is a surprising favourite in our opinion. Yes she’s 13-0, but she is yet to fight a higher ranked opponent – whereas Gadelha has gone the distance with elite performers such as Joanna Jedrzejczyk and Jessica Andrade. That makes the Brazilian the value proposition here.

If you want to watch the main event live to see if our Jan Blachowicz vs Dominick Reyes betting predictions hold true, you have a couple of options.

Depending on your location, you can probably access a Blachowicz vs Reyes live stream on your TV or computer via a paid-for subscription or box office purchase.

But it’s worth keeping your eye on the bookmakers with the best live streaming channels, such as bet365, Unibet and William Hill They have hours of live action to show every day, so sign up for an account, download the app and see what’s available today. 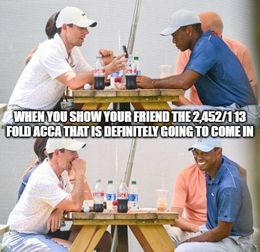