The Ekstraklasa league is the top professional football league in Poland and the good news is the 2019/20 season resumed. The current season was suspended, as many have been around the world due to the outbreak of coronavirus in the country. The Polish Ekstraklasa standings picked up from where they left off and Polish football fans are looking forward to upcoming matches of the campaign. However, all games will be played with only 25% of fans being able to see the match at the stadium.

There are many ways on which to bet on the Ekstraklasa league but one of the most common is the league winner market. This involves predicting who will finish top of the Ekstraklasa table and celebrate the title.

However, there are other ways to bet on the league and we will be taking a closer look at the PKO Ekstraklasa odds and Poland Ekstraklasa betting tips for individual matches and other markets.

Teams implemented the determined plans and procedures and are sending the medical reports to us. Now we have to realize next tasks in stages ahead of us. - Marcin Animucki, Ekstraklasa's official website

At the moment, the Polish league odds have only one winner of the league in mind and that’s Legia Warsaw. They are joint second in the highest number of Ekstraklasa league wins in history with 14 to their name, only one behind Górnik Zabrze and Wisła Kraków. Legia Warsaw have won three of the last four titles in Poland and only Piast Gliwice prevented them from winning four in a row having landed the title for the first time in their history last season.

Piast Gliwice will be hoping to put up a good defence of their title but it is unlikely they are going to be able to keep pace with Legia Warsaw. Having won the league for the first time, the pressure is on Piast Gliwice to prove it was not a one off. They should be able to hold their heads high come the end of the campaign even if it is without the title. The Polish league odds have Piast Gliwice at 20/1 with Unibet to make it two in a row.

There are two other teams who will be hoping to push Legia Warsaw close this season. They include 2014/15 winners Lech Poznań and Slask Wroclaw who are 25/1.

When creating PKO Ekstraklasa betting tips it is important to try and focus on specific areas of value. Legia Warsaw have been scoring plenty of goals in the league and therefore you should be expecting to see plenty of goals in matches involving the champions elect. In fact, you should never be afraid to bet on seeing over 2.5 goals in matches involving Legia Warsaw and this is a good example of what to expect when betting on the Ekstraklasa league. In addition, seeing both teams school when Legia Warsaw are involved is also considered better than a 50% chance.

However, for those who like to get involved in the both teams to score Polish Ekstraklasa betting odds, Lech Poznań are the team for you, along with Wisła Płock SA and Górnik Zabrze. So, look out for Polish Ekstraklasa betting tips involving these teams. If you are looking to capitalise on low scoring matches such as under 2.5 goals and even under 1.5 goals, games involving Korona Kielce may be worth a look.

Ekstraklasa matches are available at Bet365

With the action resuming shortly, you will not want to miss out on the Ekstraklasa live stream. For football fans residing in the United Kingdom, it is possible to watch an Ekstraklasa stream online at some of the leading bookmakers.

However, Ekstraklasa TV coverage will also be available in the United Kingdom, Ireland, Denmark, Sweden, Norway and Israel. Games will be shown on Free Sports, owned by Premier Media Sarl in the UK with English commentary. 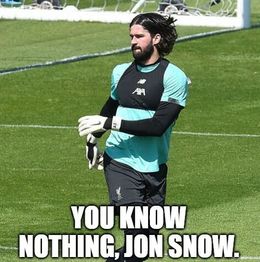