As the Group D opener at Euro 2020, taking place at Wembley Stadium on June 13, is approaching, in this article, we are discussing England vs Croatia predictions and odds, which right now are 1.83 for the former and 4.2 for the latter.

There has been plenty of water under the bridge since that showdown in Russia, which Croatia won in extra time, but you can be sure that revenge will be on the minds of the England players who experienced such heartbreak on that famous night in Moscow.

Since then, both teams have evolved and some of the personnel have changed, but the old battle scars remain.

Both England and Croatia are expected to finish inside the top two of Group D, so this opening clash may not prove to be all that decisive even if one of the teams loses.

But who wants to lose their tournament opener? Nobody, of course, and so there will be plenty on the line in London – redemption and three points, perhaps.

Let’s a take a deep dive into the match with our England vs Croatia preview.

Home advantage is clearly going to be a factor in Euro 2020, and while not overwhelmingly the deciding factor playing in front of your own supporters is obviously a monumental advantage.

That’s why the Three Lions have been made a clear favourite by the bookies in their England vs Croatia betting odds at a price of 1.83.

Croatia, meanwhile, will be looking to make the most of their underdog tag once again at odds of 4.20, while the draw is available at 3.50.

England’s remarkable record at Wembley Stadium will be tested to its limits in this Euro 2020 encounter, with all involved desperate for revenge on their Croatian tormentors.

Gareth Southgate has formed an exciting young squad for the home team, and aside from a surprise defeat in the Czech Republic – a foe once more here in Group D, England swept all before them and scored a glut of goals in the process.

Indeed, nobody netted more than Harry Kane in qualifying, and he was ably supported by the likes of Raheem Sterling, Jadon Sancho and Marcus Rashford. With Dele Alli also rounding up into some decent form, these are exciting times for the Three Lions’ attacking play.

However, the old defensive vulnerabilities remain. England does not possess a world-class goalkeeper or any defenders of note, and the ease with which their opponents tend to cut through them has not gone unnoticed. It seems unlikely that any new stars will emerge prior to Euro 2020, either.

Will England finally reach their potential? Back it up at Bet365

As for Croatia, they will pick largely from the pool of players that performed so well in the World Cup – barring one notable absentee. Mario Mandzukic, their striker who scored the winner against England in their 2018 encounter, has since retired from international football.

And the Croatians miss him, because while replacement Bruno Petkovic is certainly capable, he does not possess the skills or the personality of Mandzukic.

I think of course England will be a big favourite not only for the group stages but to win the entire tournament, and I think it will be very hard to play against them. However, with the mix between young and older players, Croatia will be once again really strong. Both Croatia and England will be ready, especially because we’ve had to wait one more year due to the European Championship being delayed. - Ivan Rakitic, Belfast Telegraph

There are still high-quality operators in their ranks, from Modric and Perisic to Kovacic and Rakitic, but the consensus for our England vs Croatia predictions is that England have kicked on from their World Cup nightmare, while the Croatians have regressed somewhat with the retirement of Mandzukic.

Factor in the Three Lions’ home advantage, and a strong case has been made.

Croatia can shock the world again. Check the odds at Bet365

In truth, we would have liked slightly longer odds than 1.83, but a ‘home’ win has to be the main bet in our Croatia vs England betting tips.

But an even stronger case can be made for Both Teams to Score, which you will find available at excellent odds of 1.90 with some betting sites.

Even without Mandzukic, Croatia still possess some useful attacking players and they scored in each of their qualification matches without fail.

Match result and both teams to score
Bet
Odds

England’s major flaw is in defence, and any side that concedes three against Kosovo, two against the Czech Republic and one at Montenegro has to be treated with suspicion.

England supporters based in the UK will be delighted to hear that they can watch all of the action unfold on either the BBC or ITV, depending on which of the broadcasters has the rights to this game.

Outside of the UK, the rules regarding Croatia vs England live streaming are a little more complex, with some countries offering a broadcast and others not.

These broadcast rights also mean that finding an England vs Croatia live stream via a bookmakers’ app is also unlikely, but do check their listings for more information. Whichever way of watching the match you choose, we hope that our England vs Croatia predictions will help you take the right decision and bet on the winner. 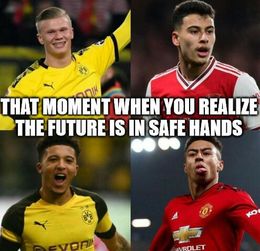 Load more fun
Articles
Play responsibly
Didn't find what you were looking for? Try our lucky star.
England vs Croatia