After plenty of legal wrangling, Deontay Wilder has finally got his way and will now play his part in a trilogy fight with WBC heavyweight champion Tyson Fury so we can examine the Fury vs Wilder III betting odds and find out where the value is. The fight was initially scheduled on July 24, however after Fury and a few other people from his team have been tested positive with COVID-19, it has been postponed to October 9, 2021.

As you may know, the boxing authorities have ordered this fight and scuppered Fury’s plans for a unification bout with his fellow Brit, Anthony Joshua, about which we mention in our Joshua vs Fury betting odds and tips article. Instead, the courts decided that Wilder was legally obliged to take a rematch with eh Gypsy King following his seventh round defeat the last time they met.

That followed the titanic draw in their first fight, in which Fury was twice knocked down to the canvas before rising to – according to some onlookers – just about shade the decision.

Either way, before the decision to postpone the fight, the bookmakers were taking no chances with their Fury vs Wilder 3 betting odds, and made the champion a 1.33 favourite to win by any means. Wilder, meanwhile, was the 3.25 underdog.

But which of those prices makes for the most appetising bet? Let’s take a look in our Fury vs Wilder III predictions.

This is the archetypal clash of styles type fight, and that’s what makes it so intriguing.

Fury has always been a sweet mover, and his head and foot movement belies his huge 6ft 9in frame. He is a technical boxer, and was always more likely to win on points than KO – until he joined the gym of SugarHill Stewart, the nephew of legendary trainer Emmanuel.

And that, according to Fury himself, has allowed him to unlock more power in his punches – as he showed with devastating effect by stopping Wilder in their last meeting.

As for the Bronze Bomber, there isn’t much science and mystery as to how he goes about his business. He is a KO artist, pure and simple, as proven by a record of 41 knockout victories in 44 outings.

He nearly added another to his collection against Fury in their first fight, finding a way through the Englishman’s slick defence to twice dump him on the canvas. Fury rose like Lazarus to secure the draw, and you wonder if Wilder’s mindset is ‘can I really beat this guy?’ The Gypsy King took his best shots and still kept on walking.

The second fight was so one-sided that you can now see that disparity in the Tyson Fury vs Deontay Wilder betting odds, but the beauty of heavyweight boxing is that one punch can change everything – as Buster Douglas and Hasim Rahman can testify.

Wilder has that power in his locker….but can he unearth it against Fury?

This fight has been dubbed ‘Once and For All’ by the hype men, but perhaps ‘All or Nothing’ would have been a more apt moniker.

After all, if Wilder loses it could well be curtains for him as an elite fighter – it’s always a long way back to the top of boxing’s mountain. If Fury loses, he can kiss goodbye to a huge payday against Joshua, with a fourth fight against the Bronze Bomber – given that their series would then be tied 1-1-1 – almost a certainty.

Choose your favourite to win this fight and back him at William Hill!

That will be reflected in the fight, and has to also be considered in our Tyson Fury vs Deontay Wilder 3 picks too. There may well be a cagey opening, with Fury knowing the desperation in the Wilder camp while appreciating what’s on the line for him as well.

After a few rounds, expect Wilder to start throwing some bombs – if Fury can evade these, he will be able to take advantage in classic counter-attacking style.

I wanted nothing more than to smash the 'Big Dosser' on July 24, but I guess the beating will have to wait (...). Make no mistake, I will be back and better than ever. We will fight Oct. 9, and I will knock him spark out! - Tyson Fury, CBS Sports

In our Tyson Fury vs Deontay Wilder III betting tips, we can pretty much count out Wilder winning on points and possibly even Fury doing likewise too – this fight is of such importance, it seems unlikely it will go the distance.

If boxing is not really “your thing”, on our website, you can always find articles about other options for betting and earning extra money, such as our article about NBA tipster league contest, which we recommend to you.

So, our Fury vs Wilder 3 betting tips come down to this – who will score the knockout punch first?

What is interesting about the Wilder vs Fury 3 odds is that if you examine the ‘method of victory’ market, you will see that a Dutching position is available – it’s 2.00 on a Fury KO and 4.33 for Wilder doing likewise. Stake accordingly and you can profit no matter which happens.

It seems highly unlikely that Fury will try to ‘defend’ his way to a points victory, and we full expect the Gypsy King’s superior boxing skills to count in the end – so, if pushed, our Wilder vs Fury III betting tips will side with the Englishman to win.

But, as mentioned, a KO for either party is the smart betting play.

As mentioned at the beginning of the article, for now, the fight has been postponed but you can be sure that once the new date is announced, we will let you know.

The details of the Fury vs Wilder III live stream are complicated.

As you would expect from such a box office fight, you will need to pay for your Tyson Fury vs Deontay Wilder live streaming.

For an alternative of where to watch Fury vs Wilder III, you can try the live streaming channels of bookmakers such as bet365, Unibet and 1XBET, which show stacks of live sport every week.

Unibet has a great betting offer for Fury vs Wilder III fight. Check it out!

The fight was scheduled to take place on July 24 in Las Vegas, however due to Fury being tested positive for COVID-19, it's postponed to October 9.

You will need to book a PPV package for the fight, unless your betting app is live streaming it.

Before the decision about postponing the fight, the Fury vs Wilder III betting odds made Fury a red-hot favourite at 1.33, with Wilder the underdog at 3.25. 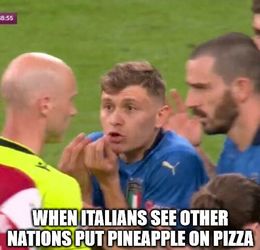 Load more fun
Articles
Play responsibly
Didn't find what you were looking for? Try our lucky star.
fury vs wilder