World champions France are rightly considered to be amongst the best teams on the planet, and it’s little wonder they are so favoured by the bookmakers in the Hungary vs France betting odds at 1.30, with their opponents priced at 10.00.

After all, Group F of Euro 2021 – which also features Germany and defending champions Portugal – is rightly considered to be the tournament’s ‘group of death’, and, despite winning with Germany 1-0 in their first match on the group stage, the French will not be taking this game on June 19 lightly. They know that nothing less than victory will do.

For Hungary, this is a fantastic opportunity to strut their stuff on the major stage – a rarity indeed for this former powerhouse of European football – and the fact that this game will take place in Budapest at least gives them something of an edge.

But really….can home advantage transform their pretty ordinary players into a team capable of downing the world champions?

That’s just one of the questions we aim to explore in this Hungary vs France preview, and in the end we will have a selection of betting tips for you to enjoy and maybe back yourself.

Given that they are joint favourites to win the whole tournament with England in the Euro 2021 betting odds, it should come as no shock to hear that France are red hot favourites here as well.

You can back Les Bleus at a price of 1.30 in the France vs Hungary betting odds, with the underdogs available at 10.00 and the draw at 5.25.

Choose your favourite and back them at Bet365!

The reality is that this game is all about France – if they turn up and play their best, our Hungary vs France betting picks basically pick themselves.

Just imagine being in the shoes of Didier Deschamps, and knowing that you could call upon the services of Kylian Mbappe, Antoine Griezmann, Paul Pogba, named the star of the match after France game with Germany, and Ousmane Dembele, to name just a few!

Believe it or not, the French are getting even stronger. Dayot Upamecano is coming through the ranks as a top-class defender, Kingsley Coman is an exciting wide man while Tanguy Ndombele has impressed many in the Premier League with his all-action displays.

Having won eight of their ten qualification matches for this tournament, and having lost just one of their last eleven games, as well as having won their first Euro 2020 match with Germany, we have to wish Hungary luck in defeating this all-conquering French side. As you can guess, France is also the favourite when it comes to France vs Portugal betting odds and predictions.

We’ve got two matches to come, and we must look ahead. We must be braver and play more bravely. We need to attack more in order to really create chances. We have to be more precise at times. We need to show in the next two matches that we’re men, and capable of reacting. - Marco Rossi, Hungary-Portugal post-match conference, UEFA official website

Based on what we saw from the Hungarians in qualifying and their first Euro 2020 match with Portugal, it’s hard to make any Hungary vs France predictions that offer a positive outcome for the underdogs.They have a couple of known players such as Willi Orban and Peter Gulacsi, who are part of an excellent RB Leipzig side, but given that they are defensive players it’s clear where the Hungarians emphasis will lie.

Thanks to the quirks of the qualification system, Hungary made it to the play-offs despite only finishing fourth in their group – another sign that they might be out of their depth, given that in other years they wouldn’t have even had that opportunity.

That said, they showed their abilities in beating the likes of Bulgaria and Iceland in those elimination games, even if defeats to Croatia, Wales and Slovakia made their weaknesses abundantly clear.

All told, the Hungarians only kept two clean sheets in the eight qualifiers they played, and find themselves at Euro 2021 despite ending qualification with a negative goal difference. Their start at Euro 2020 wasn't successful as well, however taking into account that they played with the defending champion, Portugal, it was not surprising at all. Clearly, our predictions for both Hungary vs France betting tips and Hungary vs Germany betting odds and tips have to reflect that fact.

There’s no beating around the bush – our France vs Hungary betting tips have to make the world champions a considerable must-bet here, even if their price is prohibitively short.

So, we have to look at other ways to get them on board, and there are two options. You can take France to win to nil or France with a -1 handicap – both are fine given the supremacy of Les Bleus.

Given that most Euro 2020 betting tips make France candidates to lift the trophy, they should sweep aside the plucky but limited Hungary with ease.

Check out fantastic William Hill offer for this match!

There will be many ways of how to watch this game, and the best will be to catch a Hungary vs France live stream on your TV, smartphone or tablet courtesy of your local broadcaster.

Of course, if you are seeking a different way of where to watch Hungary vs France, you can always check your bookmakers’ listings – their live streaming channels are typically packed with hundreds of hours’ worth of football every week. Check the likes of bet365 and Unibet for more details.

5.1 🏆Which team is the favourite according to Hungary vs France betting odds?

5.3 📺 Where can I watch Hungary vs France online?

You can both use our Hungary vs France betting odds to back your favourite and watch the live stream on your favourite bookmaker's website, such as 1XBET or Bet365. 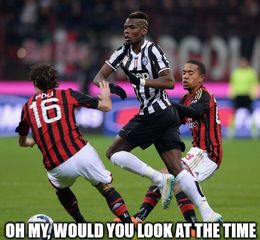