Several other flights are expected to take place on the night including a Featherweight contest between Hakeem Dawodu and Zubaira Tukhugov, a Flyweight match between Kai Kara-France and Brandon Rovyal plus a Women's Strawweight bout featuring Cláudia Gadelha and Yan Xiaonan.

Israel Adesanya vs Paulo Costa UFC 253 is without doubt one of the biggest fights of recent times. It would not be a surprise to see a rematch, regardless of the outcome of this contest and it could be the beginning of something special.

In terms of Israel Adesanya vs Paulo Costa betting tips , it is the former who comes into the contest as the favourite with the bookmakers. Adesanya is priced at 5/8 with Bet365 to come out on top. There is no doubting the slick technical skills of Adesanya, who is known as the “The Last Stylebender”.

Check out more odds for Adesanya vs Costa at bet365!

This will be the eighth time in nine UFC fights he has opened as the favourite in the betting. The only time the odds opened with Adesanya as the underdog was against Robert Whittaker and the odds turned in the favour of Adesanya before the start of the fight.

Adesanya comes into this contest defending an undefeated record in the UFC and that is why many Israel Adesanya vs Paulo Costa UFC betting predictions are pointing towards a victory for the Nigerian-born New Zealand fighter. His striking game is superb and coupled with fantastic technical skills, it is easy to see why some UFC 253 betting tips feel Adesanya could win this contest comfortably. The fighter himself is very confident that he can win the fight.

We continue our Israel Adesanya vs Paulo Costa betting tips below with a closer look at the latter.

Being the outsider in the UFC 253 betting odds for this fight will not bother Paulo Costa one bit. It will be the second time in succession he has entered an event as the underdog and last time Costa defeated Yoel Romero by unanimous decision at UFC 241. Costa is on offer at 6/4 with Bet365 to win the fight.

You can check the betting odds for Costa vs Adesanya at William Hill!

Costa is a tremendous power puncher and is clear he has taken a dislike to Adesanya and vice versa. However, by the time this fight takes place it will be over a year since the Brazilian fought and that is a long time to be out of action. However, the Israel Adesanya vs Paulo Costa predictions who are backing “Borrachinha” will point to his 13 fight unbeaten record as evidence he has what it takes to win.

When making Israel Adesanya vs Paulo Costa UFC betting predictions , previous results are key. For example, Adesanya has won by decision only five times in his 14 fights. However, a closer look at his record shows that each of those five victories by decision have come in the UFC. Therefore, it would not be a surprise to see Adesanya come out on top in this contest by decision and the UFC 253 betting odds with Betfair offer 10/3 for that to happen.

Perhaps the best route to victory for Adesanya is to make the fight last as long as possible. Costa is currently unproven in five round fights and you can back the fight to go the distance at 11/2 with Betfair.

If Costa is to come out on top, you feel he will need to land a knockout blow. You can get 13/5 with Betfair for Costa to win the fight by KO, TKO or Disqualification.

For those wondering where to watch UFC 253 , you can do so via the usual channels such as ESPN, ESPN+, DAZN and BT Sport. However, you may have the opportunity to access UFC 253 live streaming using online bookmakers and that is a great way to watch the fight and bet simultaneously. You can also learn more about the UFC live streaming by visiting our article.

Bookmakers where you can find the odds 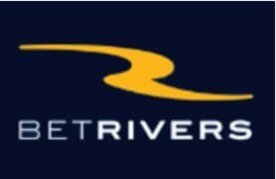 Fighou almost 2 years ago
Oh man, Adesanya is a beast! Such a fearsome warrior! Costa will go down in the first round...
Show all comments
Recommended Bonus Codes 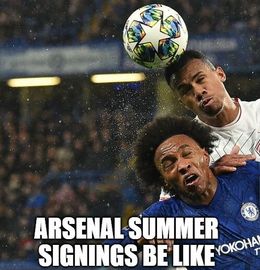 Load more fun
Play responsibly 18+
Didn't find what you were looking for? Try our lucky star.
Israel Adesanya vs