We have reached the crucial stage of the European club season and on Tuesday 7th May we have the semi-final second leg of the Champions League at Anfield between Liverpool and Barcelona. This is going to be a huge night of football between two of the biggest clubs in European football. Both teams know what it takes to reach the final of this competition, with Liverpool getting there last season and Barcelona in 2014/15, when they defeated Juventus to lift the famous trophy.

You must go back to 2004/05 to find the last time Liverpool won the Champions League and they came back from a 3-0 deficit in the final to take the game to penalties and win. The Reds are going to need a comeback of similar proportions in this tie as they slumped to a 3-0 defeat at the Camp Nou in the first leg. Barcelona will be delighted to have a 3-0 lead ahead of this match in what is sure to be an intense atmosphere. Having this kind of advantage, you can expect that for this game odds will be a little bit different than Ajax vs Tottenham predictions. This game will see the return of Luis Suarez and Philippe Coutinho to the home of their former club and that just adds to the mix of what should be a thrilling night.Continue below for Liverpool vs Barcelona predictions and Liverpool vs Barcelona betting odds.

Liverpool have a mountain to climb if they are to qualify for the final but their first target will be to win the match. Jurgen Klopp’s team have a strong record at Anfield in the Champions League and they have won nine of their last thirteen home matches in the competition. There have been wins over Hoffenheim, Maribor, Spartak Moscow, Manchester City, Roma, Paris Saint-Germain, Red Star Belgrade, Napoli and Porto. The wins over Manchester City, Roma, PSG and Napoli show Liverpool have what it takes to defeat big clubs at home in European competition and they will not be fazed by playing Barcelona in this game.

The bookmakers believe they have what it takes to beat the Spanish champions and the Liverpool vs Barcelona betting odds have Liverpool as the favourites to win, priced at Evens with Bet365. However, Liverpool have a tough match on Saturday night as they travel to play Newcastle United in the Premier League. They are pushing to win both the Premier League and Champions League, so cannot afford to rest key players whereas Barcelona have already sealed the La Liga title and can rest some of their big names on the weekend. That should see Barcelona arrive fresh for this game and that could make a big difference considering the energy levels of the first leg. Plus, Barcelona are undefeated in their last six away Champions League games, winning three of them at Tottenham Hotspur, PSV Eindhoven and Manchester United.

Barcelona have experience of winning on English soil this season and many of the Liverpool vs Barcelona picks are favouring the Catalan giants to make it three wins from three away to Premier League clubs.

Match result and both teams to score

You can back Barcelona to win the game at 12/5 with Bet365 and the draw is also on offer at 11/4. Keep reading for more Liverpool vs Barcelona betting tips .

This was always going to be a tie which would see goals and we were not disappointed in the first leg. Expect to see the same attacking approach from Liverpool in the second leg, especially as they are chasing a three goal deficit. However, Liverpool will find it tough to try and score 3 goals themselves and keep out Barcelona at the other end of the pitch. With Lionel Messi and Luis Suarez in such great form, the visitors will fancy their chances of getting at least one away goal. Both teams to score is on offer at 1/2 with Bet365.

Given the way the tie is poised, Klopp will send his team out to attack and given the opportunities they created in the first leg, should score at least one goal. Barcelona will also fancy their chances of scoring at least once and will be looking to hit Liverpool on the counter-attack whenever the possibility arises. It would not be a surprise to see plenty of goals scored and over 3.5 goals is available at 13/10 with Bet365.

This has the makings of being one of the most entertaining games in the Champions League this season. Follow all the build up at BonusCodes with Liverpool vs Barcelona predictions and odds.

When you are already familiar with Liverpool vs FC Barcelona betting tips, but you also want to watch this match online for free then check out 1XBET. They stream a lot of sports events and it is likely that this match will be also in their offer. 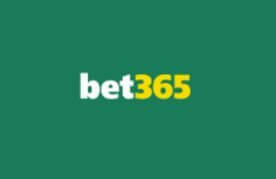 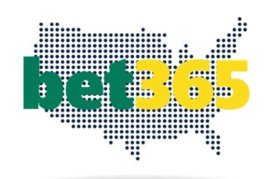