Barcelona vs PSG may have the big guns, but Liverpool and RB Leipzig will have the tactical element that many observers enjoy as well as some high tempo, attacking play that should be a fine source of entertainment.

But will it be the German outfit or the Premier League champions that prevails in this two-legged tie, which kicks off at the Red Bull Arena on February 16? In our Liverpool vs RB Leipzig preview, we will examine both teams and the betting odds to determine where the smart money should be going ahead of this fascinating clash.

These knockout style games are often decided by the finest of margins, and you wonder if Liverpool’s extensive injury list will ultimately be a factor in deciding the outcome of this contest.

Virgil van Dijk, arguably the finest defender on the planet, will all but definitely miss this tie, while fellow centre back Joe Gomez is also on the long-term injury list. With Joel Matip’s fitness also an ongoing concern, Jurgen Klopp has found himself fielding a youthful backline at times this season or plugging the gap with midfielders like Fabinho and Jordan Henderson.

Leipzig played in the semi-final last year and this year look good again. In a very difficult, tricky group they went through and says pretty much everything about them, outstanding. - Jurgen Klopp for the club's official website

That will be music to the ears of RB Leipzig, who not without long-term injury absentees of their own remain in a far more preferable position than the English outfit.

While Liverpool are still performing well, their weakness is clear for all to see. They top the Premier League table, but have already conceded 21 goals in their 17 outings so far – for context, they only shipped 33 in the whole of last season. They seem to have lost their sheen of invincibility too, and just two wins in their last six league games – with no goal scored in 180 minutes of football and counting – will be of huge concern for Klopp.

Leipzig, meanwhile, beat both PSG and Manchester United at their Red Bull Arena home in their Champions League group, and they find themselves in second place in the German Bundesliga and just two points behind leaders Bayern Munich – they remain unbeaten at home too (W6 D1 L0).

There may not be a rich history of Liverpool vs RB Leipzig in Champions League games to call upon, but we can say with some confidence that this is a game that will prove to be hugely enjoyable to watch.

1x2 Contest with €185 prize pool
Check it out for free

So that’s our initial thoughts on the encounter, but how do the sportsbooks see this game going in their Liverpool vs RB Leipzig betting odds?

For the first leg in Germany, they have made Liverpool a surprisingly short 2.22 favourite, with the draw at 3.60 and a Leipzig victory at 3.15.

Of course, we also have RB Leipzig vs Liverpool odds for the overall tie – here, the English team are 1.33 to qualify for the last eight and the Germans an intriguing 3.25.

Check betting odds for this Champions League match at Bet365

As we have already alluded to, there are issues at Liverpool and we were surprised to see them considered a fairly warm favourite for this first leg by the bookmakers.

In this Liverpool vs RB Leipzig predictions article, we have already considered the implications of the Reds’ lack of defensive depth – against quality operators like RB Leipzig, that could become wholly problematic.

There is no suggestion that Klopp will be dipping into the transfer market to shore up his leaky backline, and so the German side have a real chance to cause a major Champions League upset here.

We are going against the grain with our RB Leipzig vs Liverpool betting predictions in the first leg, but we believe the hosts have what it takes to prevail.

If you are feeling particularly optimistic, you could back RB Leipzig to win this first leg at a generous price of 3.15 – after all, their home form speaks for itself.

There are other, more conservative ways we can profit from our RB Leipzig vs Liverpool betting tips, such as deploying a ‘cover bet’ strategy such as RB Leipzig Draw No Bet (2.33) or Double Chance (1.68). Both are excellent options.

To enjoy a Liverpool vs RB Leipzig live stream, you will need a BT Sport subscription (UK) or access to DAZN or Sky Deutschland (Germany).

For other options of where to watch Liverpool vs RB Leipzig, your bookmakers’ app might be able to help depending on the broadcast rights in your country.

Besides, the live streaming channels of the likes of bet365, Unibet and 1XBET are so good it would be crazy not to have them on your phone or tablet anyway, so you can both find Liverpool vs RB Leipzig betting odds and enjoy watching the match online! 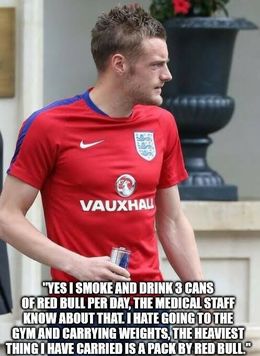 Load more fun
Play responsibly
Didn't find what you were looking for? Try our lucky star.
Liverpool vs RB Leipzig