One of the best pound-for-pound fighters in the world returns to the ring on October 17, and in this Lomachenko vs Lopez betting odds preview we’ll take a look to see if the Ukrainian will confirm his status as one of the finest boxers in the world or if the underdog can create his own slice of history.

There’s no doubt about it: Lomachenko is right up there with the best fighters currently in training, and having previously won the WBO featherweight title his ambition now is to unify the lightweight division – which he will do if he can rip Lopez’s IBF title from around his waist. And from there... who knows?!

As for Lopez, what an opportunity this is. He could wrestle Lomachenko’s WBA, WBO and The Ring belts away from him with victory here, and while he is a fine fighter in his own right any win would surely rank as one of the biggest upsets in boxing in the modern era.

In this Teofimo Lopez vs Vasyl Lomachenko fight preview, we’ll take a look at both camps before coming up with some betting tips and predictions that will hopefully help you to profit from the big fight!

The boxing odds for Lomachenko vs Lopez have been released by the big bookmakers and so we can start to analyse where the best of the value lies.

In those Vasyl Lomachenko vs Teofimo Lopez Fight Odds, the bookies make the Ukrainian their favourite to win, while Lopez is a dangerous underdog.

These sorts of fight are always exciting. On the one hand we have the two-weight world champion in Lomachenko, who should be something of a veteran at 32 but who has only had 15 fights in his professional career. But because of his class, the Ukrainian fighter was fast-tracked onto the world title scene, and the rest – as they say – is history. Loma is widely regarded as one of the best active boxers. The Ukrainian holds an impressive record. Before turning professional, he won 396 fights, losing just once to Albert Selimov.

Lopez, meanwhile, has had 14 pro fights but has to be considered something of a novice compared to Lomachenko in the sense that he is just 23-years-old and has never really fought an opponent of any note so far. However, he did outpoint the useful Masayoshi Nakatani before blasting out Richard Commey inside two rounds, so we know that the Honduran-American has plenty of quality.

But just look at some of the names on Lomachenko’s CV: Rigondeuax, Linares, Pedraza, Crolla. All have come and all were conquered. Even Luke Campbell is a former Olympic gold medallist, but Lomachenko schooled him with a degree of ease. All came to take a shot at the king, and all came up short.

Are you a boxing fan? Join Bet365 and check the best betting odds!

The difference is that Lopez is pretty big for a lightweight, and he will enjoy a considerable reach and power advantage over Loma, who has spoken of taking a step down in the weights given that he isn’t a natural lightweight.

It’s fascinating, because in this preview of Lomachenko–Lopez boxing fight we have the age-old tale of brawn and power against superior movement and boxing skill. But in more than a century, there has never been a definitive answer as to which style is best!

While discussing the Lopez vs Lomachenko betting odds we should also mention the relationship between the two fighters. Saying that the boxers dislike each other would be an understatement. The Honduran-American and the Ukrainian fighters have enjoyed the trash-talking in the media.

In my country, if you insult somebody, you’d better be prepared for them to hurt you. If I were back in my country, he would learn pretty quick that he can’t run his mouth like that. Whatever I say, I believe it. - Vasyl Lomachenko, Top Rank Boxing

So, to sign off this section of our Teofimo Lopez–Vasyl Lomachenko betting preview, all we can promise you is that this will be a fascinating fight due to all animosity and personal differences between the fighters.

Will the raw power and aggression of the underdog win the day, or will the class and skill of the two-weight world champion prove to be the difference-maker? That is what we have to work out in our Lopez vs Lomachenko betting picks.

They say that a good big man will beat a good little man, and so the only question we have to answer is whether or not Lopez is on the same level as Lomachenko.

It’s perhaps too early to say, given that Lopez has never fought anyone of top-level status before, and so he is going in at the deep end against Loma. But he knows he will enjoy major size advantage, and over the course of a 12-round title fight that can sometimes be the difference.

Who will win? Lopez or Lomachenko? Visit William Hill and place your bet!

You wouldn’t have made much money writing off the Ukrainian in the past, and so any fight predictions for Lopez vs Lomachenko have to consider the fact that nobody has ever looked close to beating Loma. Has Lopez got what it takes in arguably his first fight against top level opposition?

The most likely outcome here is a Loma points victory given his superior movement and ability to fight off both feet, but the takeaway from our Lopez–Lomachenko betting tips is this: backing him would be a huge risk. Instead, why not have some fun by betting Lopez and seeing if he can land a huge KO punch?

As you might expect, the chance to watch a Vasyl Lomachenko vs Teofimo Lopez stream online might be limited given that this is a box office fight that most broadcasters will hide behind a PPV paywall.

However, be sure to check out your betting apps from the likes of bet365 and Unibet. Depending on your country, they may just have Vasyl Lomachenko vs Teofimo Lopez free live streaming for you to enjoy.

That way you can take your Lomachenko vs Lopez betting odds and really enjoy watching the action unfold! 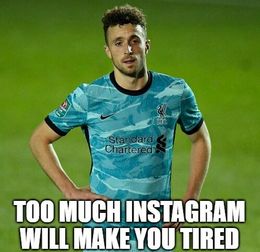