You must go back to Guardiola’s days at Barcelona to find the last time the manager picked up the Champions League trophy, having failed to do so in his spell at Bayern Munich.

Manchester City usually have little trouble in qualifying from their Champions League group and the majority of their problems tend to come in the knockout stages. They have reached the Round of 16 or better every season since 2013 and have won 8 of their last 9 home games in the competition. Recent victories have come over Real Madrid, Atalanta, Dinamo Zagreb, Tottenham Hotspur, Schalke, Hoffenheim and Shakhtar Donetsk

The Champions League is back! Place your bets at Man City - Porto match at William Hill!

The home fans will be extremely confident of victory over Porto, especially considering the way Manchester City defeated Real Madrid at home in the Round of 16 last season. The Citizens will be keen to top the group but that does not always guarantee an easier draw in the next round, as was the case in 2019/20.

Read on for more Manchester City - Porto betting tips as we take a closer look at the chances of the away team.

Porto won the Portuguese title for the 29th time last season but since lifting the Champions League trophy in 2004, they have struggled to make a serious impact on the competition. Last season they failed to make the group stages as they were eliminated in the play offs and since the victory in 2004, Porto have never progressed beyond the quarter final stage.

However, when in the group stages of the Champions League, Porto tend to progress to the Round of 16. They have done that on each of the last three occasions and with Olympiacos and Marseille completing the group, they will believe they can qualify for the knockout stages this season.

Porto have a decent away record in the Champions League and they have remained undefeated in 6 of their last 8 away matches. They have picked up 3 victories in those 8 games, along with 3 draws but the last time they were in England they went home with a 2-0 defeat at the hands of Liverpool.

Porto are a team who are proven to score goals away from home in the Champions League. They have found the back of the net at least once in 5 of their last 6 away matches in the competition. Manchester City always seem to score when they are playing at home and you must go back to 2016 to find the last time they failed to score in-front of their own fans. However, Manchester City have been finding it difficult to keep clean sheets at home in the Champions League and they have conceded at least once in 4 of their last 5 games.

Both Teams to Score

The Portuguese club has been active during the transfer window. One of the most prominent signings was a loan move of West Ham's Felipe Anderson. The Brazilian star eyes the Porto move as an opportunity to rebuild his career. A good performance against The Citizens might give him the much-desired confidence.

I’m very motivated and playing for Porto is a great opportunity for me. When I came to West Ham I had a goal and it’s frustrating, but I understand that everything can change, with the coronavirus these times are so weird and I lost my space at the club. I know I have a lot to show, so I think it was the right decision for both sides for now. I have a contract with West Ham, so next season I’ll be here and I need to do my best to be back stronger. - Felipe Anderson (Porto), talkSPORT

You can get 2.30 with Bet365 for Manchester City to win and both teams to score. We also expect to see plenty of goals in this game and it would not be surprising if the match ended with over 3.5 goals scored. Bet365 offer 3.0 for Manchester City to win and over 3.5 goals. You can also take a moment to read our article and find the best Ajax vs Liverpool betting odds, as the Premier League's champion will try to defeat the Dutch team.

As this has the makings of being a highly entertaining match, you will want to have access to a Manchester City - Porto live stream. Many of the world’s leading online bookmakers offer Champions League live streaming but coverage of specific games is determined by the region from where you are accessing the website.

If you are confident in your own Manchester City vs Porto Betting Odds, you should take advantage of the many bonus codes and promotions we have listed on our website.

Dely1994 11 days ago
I like smaller clubs, I really do, but City is going to shred them to pieces. RIP Porto...
Show all comments Hide all comments
Recommended Bonus Codes 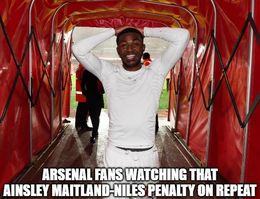 Load more fun
Play responsibly
Didn't find what you were looking for? Try our lucky star.
Manchester City vs Porto