At the age of 54, Mike Tyson will step into the boxing ring for the first time in 15 years when he takes on Roy Jones Jr in an exhibition bout. The Mike Tyson vs Roy Jones Jr date is September 12, and the pair will lock horns in an eight-round battle at the Dignity Health Sports Park in California.

For the uninitiated, Tyson is widely regarded as one of the best heavyweights in history, with devastating punch power that led to 44 KO victories in 58 fights. But it was his wild side that attracted so many viewers to his fights – this was a man who once bit off the ear of Evander Holyfield, after all.

His career was tainted somewhat by a pair of defeats to Holyfield and for boxing on for too long, with a couple of losses on his CV coming at a time when he was way past his best.

But that’s not to diminish the achievements of Jones Jr either, who clearly will be playing second foil to Tyson in terms of the interest in the contest. But this is a guy who won world titles in four different weight classes – one of the few men in history to achieve that, and would also have been an Olympic gold medallist but for a famous miscarriage of justice.

And that’s why this Tyson vs Jones Jr full fight is so eagerly anticipated: both of these me were game-changing fighters, and if they can get themselves into good shape ahead of their September date it could really be an excellent spectacle – and not a freak show, as long-time retired boxers often serve up.

So can Tyson cap his come back with a famous victory? Let’s take a look at the odds and see if we can come up with some Mike Tyson vs Roy Jones Jr betting tips into the bargain.

It’s like David and Goliath. He’s a giant monster and I’m the little David who only has God on my side. - Roy Jones Jr on Twitter

It’s something of the unknown, and you wonder if the sportsbooks have gone for the romantic in their Mike Tyson vs Roy Jones betting odds, making ‘Iron Mike’ a 1.80 favourite.

As we will discover later in this article, the Mike Tyson vs Roy Jones Jr odds on the underdog – 2.05 – might just be the way to go.

You can find the Tyson - Jones betting odds at Bet365!

Bettors are taking something of a leap into the unknown with this fight, because neither man has been particularly active in recent years.

Tyson, as we know, hasn’t fought since 2005 when he lost to the Irish journeyman Kevin McBride, but that wasn’t Iron Mike at his focused, animalistic best. Indeed, you have to go back to the 1980s and 1990s to see his best form, when he ran up a 37-fight winning streak and was the undisputed heavyweight champion of the world.

That was a long time ago though, and while videos shared on social media show Tyson in great shape, what can we expect from a 54-year-old who hasn’t been at his best in more than 20 years?

Jones, three years Tyson’s junior, also has a long and illustrious career to his name, but most crucially of all he has been more active recently – his last competitive fight came in 2018. Since 2010, he has fought the legendary Bernard Hopkins and ran up a 12-2 record in that time.

Perhaps our Mike Tyson vs Roy Jones Jr predictions should focus on the probability of a Jones victory?

You suspect that, even with the passage of time, Mike Tyson won’t have lost his destructive punch power.

We still don’t know if the fighters will be wearing protective headgear – if they aren’t, Tyson could land his power punches, even though this is supposed to be an exhibition, and slow Jones down.

However, if headgear and larger gloves are worn, you would have to side with Jones and so that’s the feature of our Mike Tyson vs Roy Jones Jr betting picks.

Jones is still active in training with Chris Eubank Jr, a noted fighter, and he will be well prepared. Tyson looks great in his social media posts but those don’t necessarily tell the whole story.

So sorry Tyson fans: in our Tyson vs Jones Jr betting tips, we’ve going for an underdog victory.

There are a couple of different ways to enjoy Mike Tyson vs Roy Jones Jr live .

However, it is unlikely that you will be able to see it on your TV, with a few online PPV options your best bet.

The social media site Triller is showing Mike Tyson vs Roy Jones Jr live stream, so sign up to enjoy the main event and the undercard too. 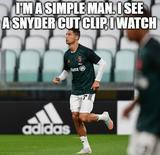