Whenever a major international football tournament comes around, Poland are typically on the list of underdogs who could go all the way to the final and in the Poland vs Slovakia betting odds, they are expected by the bookmakers to get their Euro 2021 campaign off to the best possible start at 1.92, whereas their opponents are at 4.54.

It helps, of course, when you have a striker like Robert Lewandowski. The Bayern Munich man is still scoring goals for fun in the Bundesliga and the Champions League, and he would have won the Ballon d’Or in 2020 had the ceremony not been cancelled.

The head coach of Poland, Paulo Sousa, has some fantastic attacking options available to him, with the ability to pair Lewandowski with one or both of Arkadiusz Milik and Krzysztof Piatek, while in midfield he has a rock solid trio of Karol Linetty, Mateusz Klich and Piotr Zielinski to call upon.

Perhaps it’s no wonder then that Poland are amongst the dark horses to go deep into Euro 2021….

As for Slovakia, they did things the hard way in qualifying, needing penalties and extra time to see off Republic of Ireland and Northern Ireland respectively in the play-offs, and while they will be delighted to have reached Euro 2021 you wonder if they will act as the whipping boys of Group E.

The Poles are fancied to win this game on June 14, so let’s take a look at our Poland vs Slovakia betting tips article to see if we can uncover the best of the value.

The Slovakia vs Poland betting odds have been revealed and they show that the Poles are a handy favourite to win this game at 1.92 – and why not with Lewandowski in the ranks.

Indeed, it’s interesting when you examine the Euro 2021 betting odds for Group E, because they show that the bookmakers have Poland as short as 1.50 to qualify for the knockout phase of the competition.

Consequently, they have to be fancied to win this opening game against Slovakia, which is scheduled to take place in Dublin on June 14.

We’ve already written about Poland’s strengths, and they were clear for all to see in their Euro 2021 qualification campaign.

They topped what was a fairly straightforward group, however they bested a strong Austria team by six points and that can be used as a measure of their progress.

Finishing their ten games with eight wins and a goal difference of +13, the Poles were untouchable and they should have plenty of confidence going into the tournament proper – you can probably tell which way our Poland vs Slovakia predictions are leaning already.

Poland is a country of football and I am sure with your enthusiasm, giving us the strength and support and belief of the national football team, together we will be able to fight for the next European championships. - Paulo Sousa, BeSoccer

The Slovakians really aren’t much to write home about. Their key figure, Marek Hamsik, has been off chasing riches in China for a while now and has lost his intensity that playing at a better club standard would afford, while other important figures have been playing at relegation-threatened clubs this season.

Milan Skriniar is an excellent central defender, and he will need to be at his absolute best if Slovakia are to progress in this tournament.

The takeaway point from this Poland vs Slovakia preview, however, is that the Poles are, man for man, the better team, and we thoroughly expect them to make their class show in this game.

Back your favourites at Bet365!

You don’t need to be a genius to know where our money is going in our Slovakia vs Poland betting tips – we’re expecting the Poles to prevail here.

They have plenty of goals in their starting eleven too, and defensively Slovakia did struggle at times in qualifying – they shipped seven in two games against Croatia, while also failing to keep clean sheets against the likes of Hungary and Azerbaijan.

We’re not expecting this to be a goal-fest or anything like that – both teams are quite conservative in their approach, but we do think Poland’s advantage is such that in our Euro 2020 betting tips we will also be backing Poland with a -1 goal handicap.

Football fans in the UK are being treated to a festival of football on TV this summer, and a Poland vs Slovakia live stream features highly on that list.

You can also catch Slovakia vs Poland live streaming on TV in most other international countries too.

For another option of where to watch Poland vs Slovakia, you can also try the bookmakers’ apps supplied by the likes of bet365, Unibet and William Hill – they have hours of live football coverage each day.

Ultimately, there’s no better way to watch the action than that,   and if you follow our Poland vs Slovakia betting odds then you will have even more reason to watch! 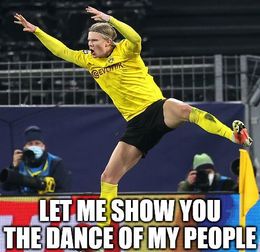