In this article we'll take a look at the Povetkin vs Whyte betting odds to see where the best of the value lies. It would be fair to say that the first fight between Dillian Whyte and Alexander Povetkin was the proverbial slobberknocker, with three knockdowns within the first five rounds of action. The Russian took the spoils that day, so can the Brit get his revenge in the rematch? Although the fight was initially scheduled for the 21st November, Povetkin's positive test for COVID made it pushed further to the 27th of March 2021.

The first encounter between the pair, which took place in England back in August, could have been a pivotal moment in the career of both of these fighters. Whyte was being touted as a potential world heavyweight contender, with only one defeat on his record to WBO, WBO and IBF champion Anthony Joshua. Otherwise, the ‘Bodysnatcher’, as he is known, had won 27 of his 28 starts – 18 by knockout.

1. Preview of Povetkin vs Whyte 2

As for Povetkin, at the age of 41 most assumed that his career was winding down. He’s only ever lost twice – to Joshua and Wladimir Klitschko no less, but a series of failed drugs tests have always prevented him from being considered a major player in the division. A split decision draw with Michael Hunter – in which most thought the American had done enough to win – seemed to signal the end for the Russian.

I've rested well, spent time with my family, and now that the date of the rematch is known, I will soon return to my training camp and prepare as thoroughly as I did for the first fight. As I said before the first fight, and after it too, Dillian Whyte is a good, strong boxer. I will be ready to enter the ring on November 21. I hope it will be another beautiful fight for the fans. - Alexander Povetkin before the fight, Sky Sports

But he travelled to London with renewed focus ahead of the first fight with Whyte, but it was the Brit who dominated the early exchanges and in the fourth round he twice flattened Povetkin, and most thought that was that. But the Russian, who is hard to put away, climbed from the canvas and knocked out Whyte with an uppercut of his own in the fifth.

Was Whyte careless? Was he too gung-ho in his search for a knockout win? It’s certainly possible, and he paid the ultimate price against a fighter who is not renowned for his power punching. The scene is set perfectly for the rematch then, and in this Dillian Whyte - Alexander Povetkin II betting preview we’ll look at who is the most likely to prevail.

Register at Bet365 and find the best betting odds for Povetkin vs Whyte fight!

The Alexander Povetkin vs Dillian Whyte fight odds have been released by the bookmakers, and we have to ask the question are they too quick one again to write off the Russian?

Whyte has been made a comfortable favourite with firms like Bet365, while Povetkin is an underdog to win by any means. And for those making more precise fight predictions for Whyte vs Povetkin 2, the Brit is also a favourite to win by KO or TKO, the same with his chances to win on points is priced. Likewise, Povetkin is a sure underdog in every of these lines.

One of the first things we have to ask when writing a Dillian Whyte vs Alexander Povetkin fight preview, or a preview of any rematch for that matter, is how much of a bearing will the first fight have on this encounter?

The good thing from Whyte’s perspective is that he hasn’t stayed down for long, accepting the rematch almost immediately. He is desperate to get back on the horse. As for Povetkin, it’s another handy payday against a fighter he has already beaten, although he may still be rubbing his bruises from the two knockdowns he suffered against the Brit earlier in their first bout.

Browse through our tipsters' predictions for Povetkin vs Whyte boxing fight!

When making our Povetkin vs Whyte II predictions, we’ve looked at the two CVs of the fighters involved. You look at Povetkin’s record and in a career stretching back 39 fights and 15 years he has only ever lost to what we might call ‘elite level’ operators: Klitschko and Joshua. Otherwise, he has mostly only known glory and success.

As for Whyte, he has twice suffered knockout losses and even in some of his wins, against the likes of Joshua Parker and Derek Chisora, he has looked edgy and lacking in ideas to put his opponent away.

And we have to question the psychological aspect too: Whyte knows that Povetkin took his best shots in the first fight, got up and still knocked him out. Will the doubts creep in? As you have probably guessed, we’re siding with the underdog in our Whyte vs Povetkin 2 betting predictions.

It seems surprising, but of the four possible outcomes for this fight (not including DQ and the draw), our Whyte-Povetkin II betting tips are going for the result considered the least most likely by the bookmakers.

Povetkin, an Olympic gold medallist, is an outstanding technician who can outpoint Whyte, who occasionally seems to lack patience and discipline. The Brit is hard to put away, and so this contest could go to the cards – for us, the Russian boasts the better skillset. And that’s why in our Whyte vs Povetkin betting picks we’re backing the underdog to win by a decision.

Sadly, boxing is a sport hidden behind a paywall these days, and so you will need to pay for a box office feed to watch an Alexander Povetkin vs Dillian Whyte stream online.

However, keep your eyes peeled to your betting apps, because some may just offer Alexander Povetkin vs Dillian Whyte 2 free live streaming depending on your location. There really is no better way to watch such an entertaining fight and cheer home your selection in the Povetkin vs Whyte betting odds.

Sean Morrison 4 months ago
If Whyte wins, I will be a very happy man as I'm betting a lot of money on him
Show all comments Hide all comments
Recommended Bonus Codes 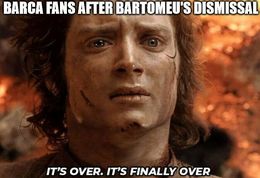