Already available Scotland vs Czech Republic betting odds currently favour Scots at 2.60, who booked their place at Euro 2021 with the very last kick of the qualification campaign – literally, with their penalty shootout victory over Serbia coming in the play-off final. Their opponents, the Czech team is available at 3.00. Let's see what are the more detailed prognosis for their meeting with the Scottish team.

Contrary to Czech Republic vs Scotland betting odds, our analysis reveals that we believe that the Czechs are likely to be the narrow favourites to win this game.

But Scotland, near enough playing on home soil, should not be discounted here, and indeed their Euro 2021 betting odds – and those of a draw – will certainly interest bettors.

Even though the Czechs were marginally more impressive in qualifying, the question we have to ask in our Scotland vs Czech Republic preview is whether this will count for much on June 14 when the two teams meet.

What is really interesting to note about the Czech Republic is their qualification campaign. They won all four of their home games, including an impressive 2-1 victory over England, and yet they struggled on the road – thrashed 0-5 by the English in London and suffering defeats in Kosovo and Bulgaria.

Are the Czechs poor travellers then? The evidence would certainly suggest as much, and the Scots will be hoping to take advantage of any vulnerabilities.

But can they? That’s a question to be answered ahead of making our Scotland vs Czech Republic betting tips.

What’s funny about Scotland’s qualifying campaign is that they did exactly as expected. They beat the likes of Cyprus, Kazakhstan and San Marino, but suffered heavy defeats against Belgium and Russia as expected. At least they are predictable!

This is not a Scotland squad that is blessed with enormous quality, although captain Andy Robertson is a regular starter for Liverpool and Kieran Tierney continues to impress at Arsenal. The likes of Liam Cooper, Scott McTominay and John McGinn have also impressed in the English Premier League, and so while they don’t have an abundance of class in the attacking third they are at least a solid proposition.

If you are a Scottish team supporter, our articles including England vs. Scotland betting odds and preview as well as Scotland vs. Croatia betting odds.

We want to be the first Scottish men’s national team, that gets out of the group and into the knock-out stages. That would be fantastic. - Steve Clarke, Daily Record

You could say pretty much the same about the Czech Republic. There’s not a naturally prolific goalscorer in the Czech squad, but they do have in-form players elsewhere – Tomas Soucek, for example, has enjoyed a tremendous season for West Ham. Vladimir Darida and Borek Dockal are experienced in midfield, while former Ajax youth teamer Vaclav Cerny is also an exciting proposition.

But with all things considered, we can actually suggest that these two teams are very similar on paper and a pretty similar standard – our Scotland vs Czech Republic betting picks have to reflect that fact.

Another factor to consider is that Scotland will enjoy ‘home’ advantage of sorts. Even if Hampden Park isn’t allowed to host games due to Covid-19, the likely alternative is that this match is played in England – that would still give the Scots an edge of sorts because there may even be some Scottish supporters allowed in the stadium.

The Scots may continue to be a slight favourite in the Scotland vs Czech Republic predictions but that’s not to say that they are the sure bet here.

Check betting offer for this match at Bet365

We’re not expecting a huge amount of goals in this game, and so our Scotland vs Czech Republic betting tips are centred around that proposition.

As such, Both Teams to Score (No) and Under 2.5 Goals are both attractive propositions, and while this might not be an entertaining game to watch that’s not to say there isn’t money to be made from it!

As far as our Euro 2020 betting tips are concerned for the outright winner of this match, we are persuaded to side with Scotland, however you should back them in either the Double Chance or Draw No Bet markets so that you have some cover.

Finally, these two teams are so closely matched that a draw seems a possibility and can be backed at 3.00, Scotland is available at 2.62 and Czech Republic at 3.00 at the moment.

Back your favourites at William Hill!

It has been revealed that in the UK, the BBC has the rights to air a Scotland vs Czech Republic live stream.

So that will mean that Czech Republic vs Scotland live streaming will be shown on BBC One Scotland north of the border, while elsewhere you should check your local listings.

Standard bonus on Bet365
Get up to $500 in Bet Credits
Live stream available at Bet365!

5.1 🏆Which team is the favourite according to Scotland vs Czech Republic betting odds?

The favourite in this game is Scotland with odds of 2.62 at Bet365.

5.2 ❓What are the odds for Czech Republic to win?

The odds for Czech Republic to win the match are 3.00.

5.3 📺 Where can I watch Scotland vs Czech Republic online?

You can both use our Scotland vs Czech Republic betting odds to back your favourite and watch the live stream on your favourite bookmaker's website, such as 1XBET or Bet365. 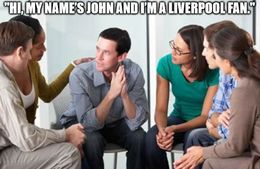